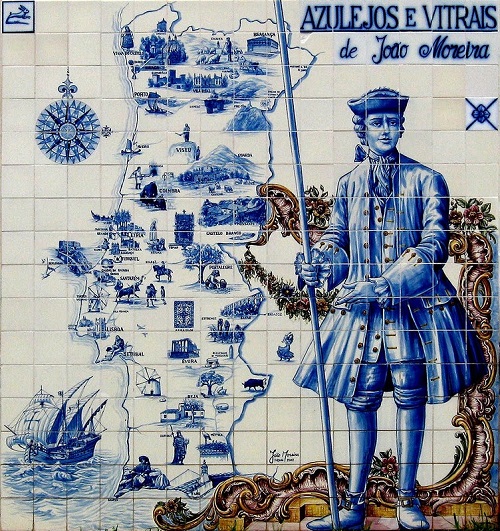 A symbol of the country -Traditional Portuguese Azulejo art

Portuguese Azulejo art is truly a symbol of the country. It is a form of painted, tin-glazed, ceramic tile work. Meanwhile, the word “azulejo” comes from the Arabic word meaning “polished stone”. For five centuries these elegant tiles have become a typical aspect of Portuguese culture, and produced without interruption.
In Portugal azulejo decorate the interior and exterior of churches, palaces, ordinary houses and even train stations or subway stations. They are a major aspect of Portuguese architecture, decorating walls, floors and ceilings. In addition to being a beautiful ornamental art form, they also have a specific functional capacity, like temperature control at homes. Many azulejo tiles chronicle major historical and cultural aspects of Portuguese history. 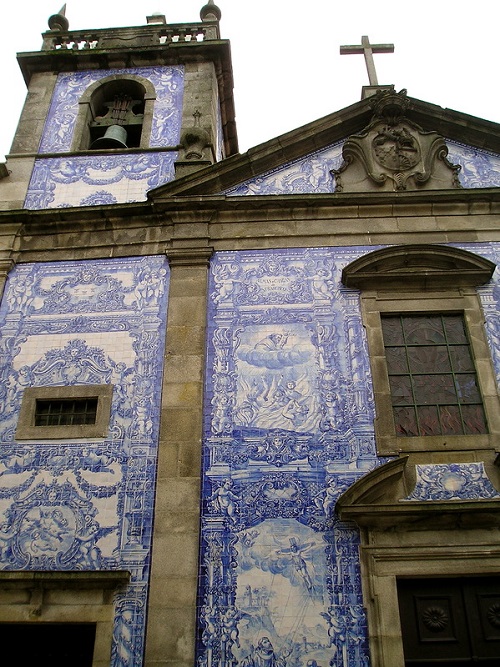 However, the Azulejo technique of the XVIII century – cobalt pattern on a white background – considers classical and serves as a model for imitation. Before firing, the blue paint looks faded, and after being in the oven, it becomes bright and saturated.

Noteworthy, the more skillfully Azulejo pieces are executed, the more valuable they are. By the way, in Lisbon, there are whole criminal groups specializing in the theft of antique tiles. And the buyers, as a rule, are rich foreign collectors.

Besides, both the style variety of Azulejo, and the story of the plot are great. Especially popular are the images of the Blessed Virgin Mary and biblical scenes. Many Azulejo portray important events in Portuguese history, and some can serve as a historical document. As, for example, the Azulejo stored in the Lisbon National Museum – the world’s largest collection of Portuguese wall pottery – a panel depicting the capital of Portugal before the 1755 earthquake. 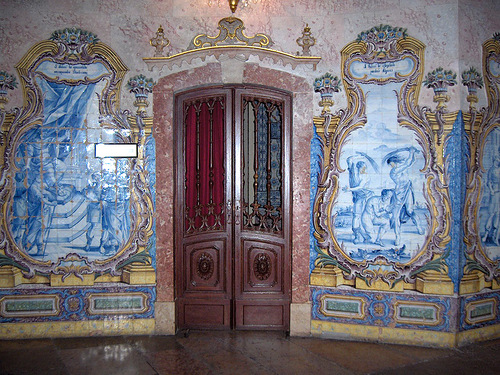 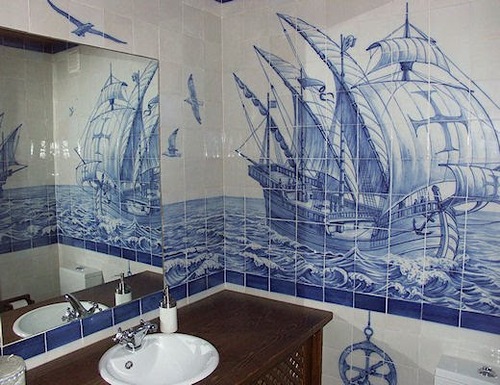 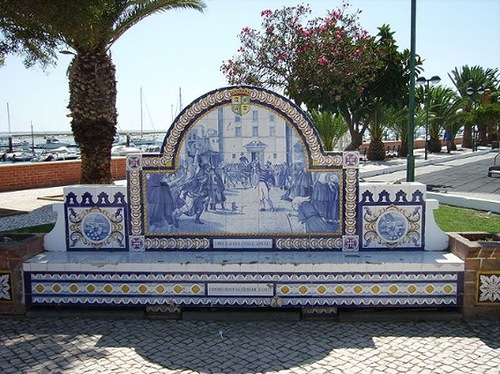 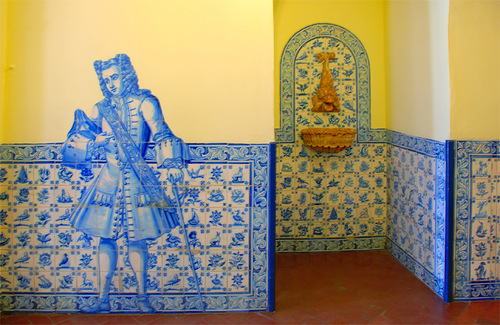 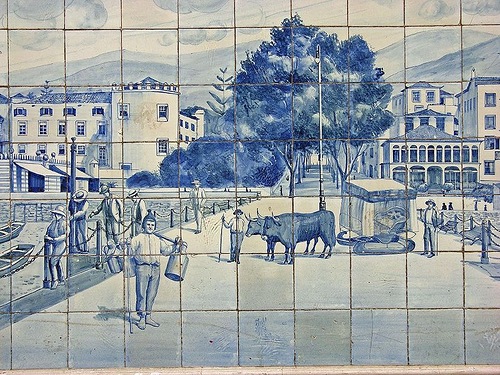 From the beautiful Azulejo tiles, viewers can learn much about the history and culture of Portugal 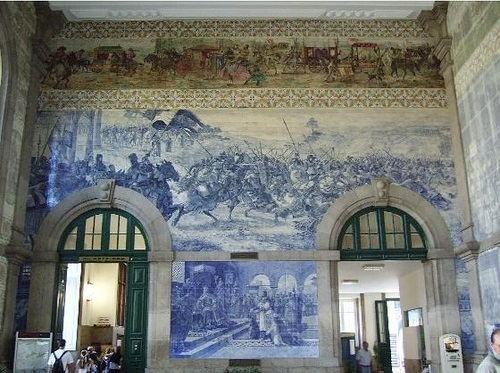 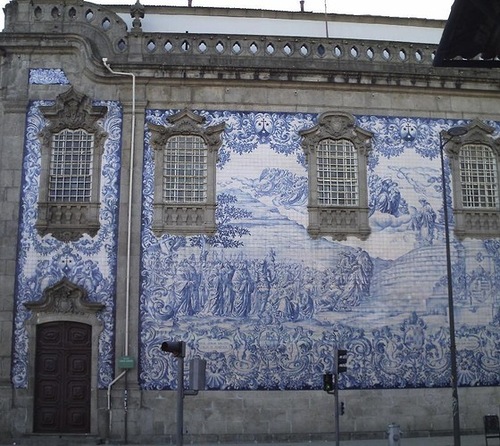 Biblical subjects and scenes of life 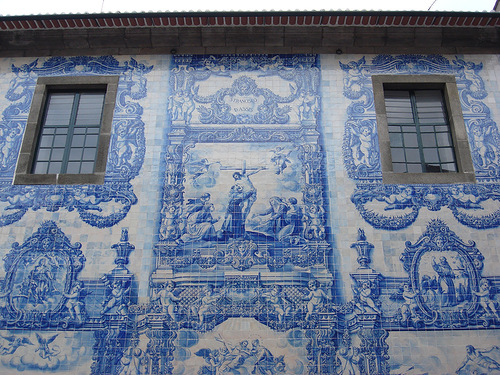 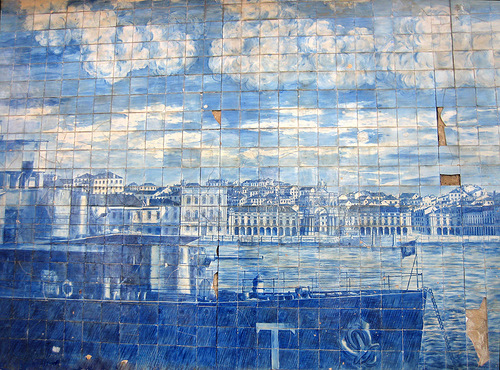 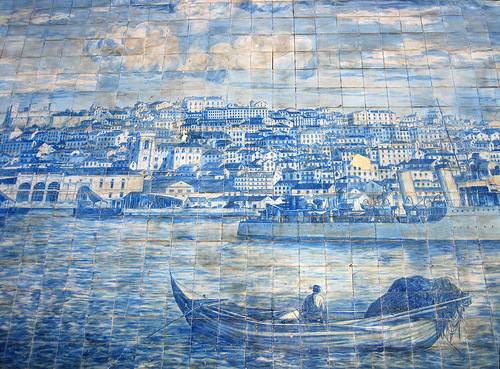 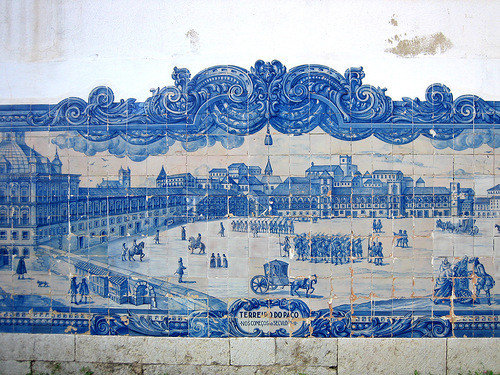 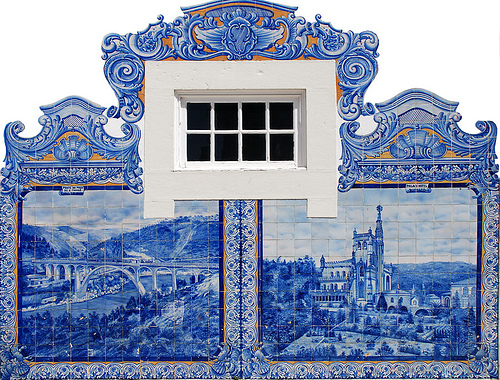 The facades of the houses look like picture galleries 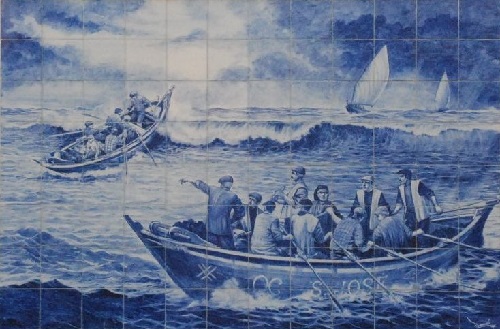 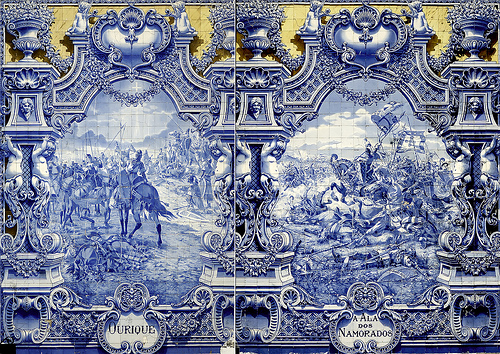 Dramatic scenes from the history of the country 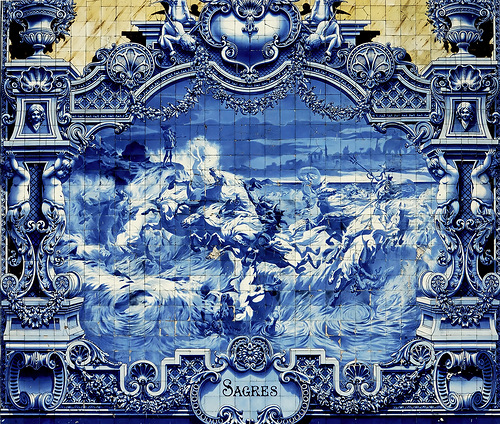 Storms and disasters, the variety of Azulejo art 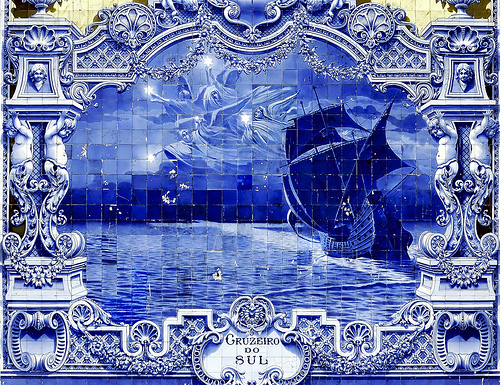 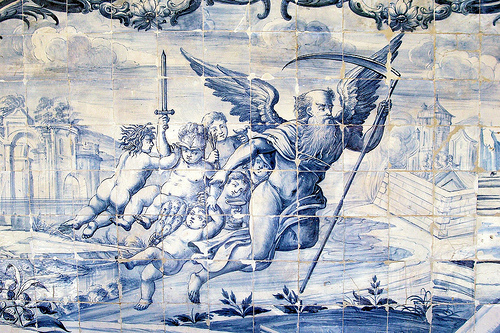 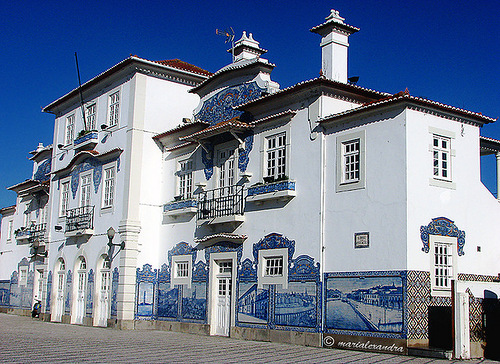 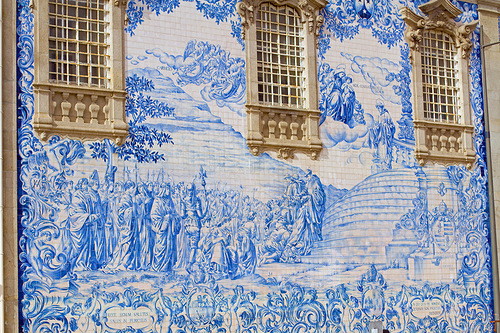 By the mid-nineteenth century thanks to mass industrial production, Azulejos became a national treasure 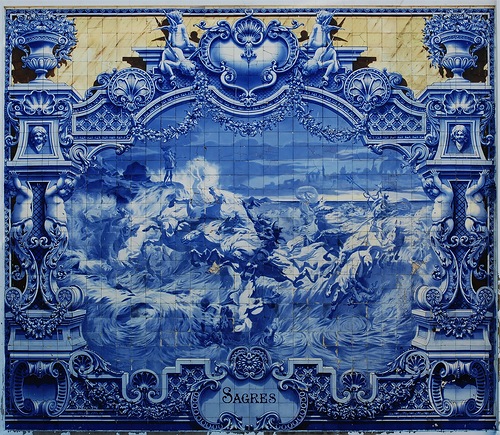 Masters decorated not only palaces and churches, but also modest houses 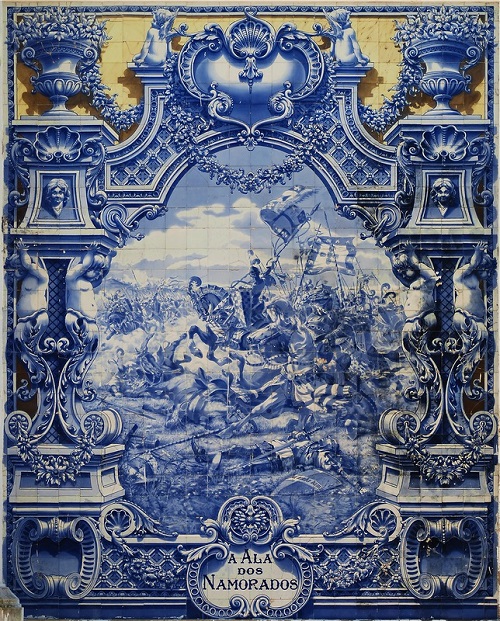 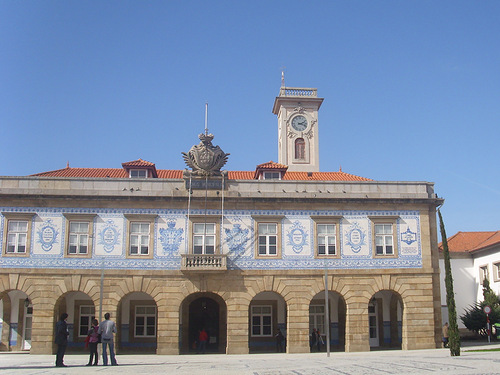 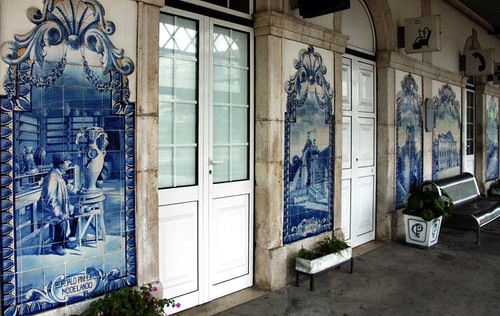 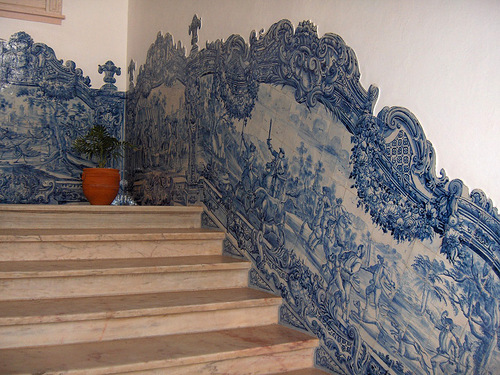 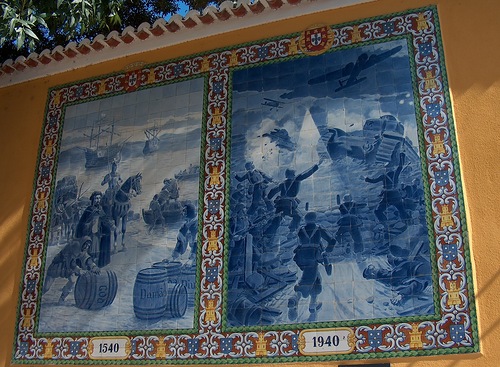 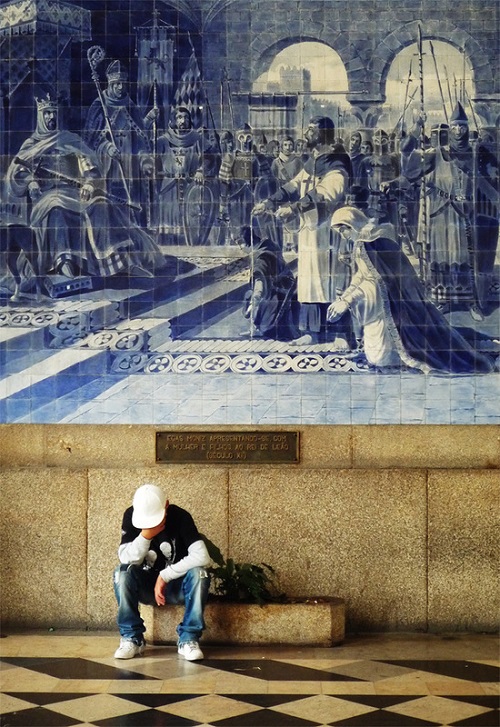 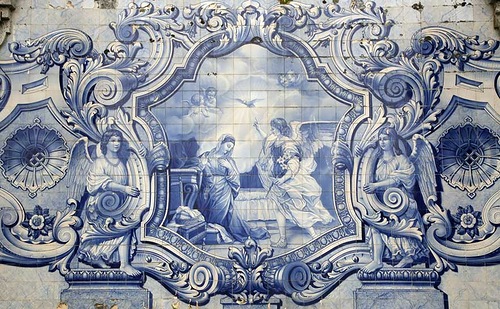