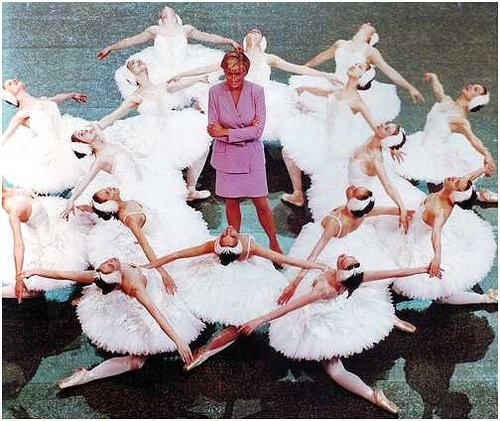 Princess Diana’s dream
First of all, Diana loved the ballet, and she dreamed of doing it professionally. Her highness dream was to be a prima ballerina absolutta! Indeed, she was passionate about the dance, up until she tragically passed, she still took private classes. She would go to the London Ballet and personally got involved with the dancers there – asking them what’s going on in their own lives and all that. She was like a friend and sympathetic ear and shoulder. Noteworthy, she even helped some of them out financially. 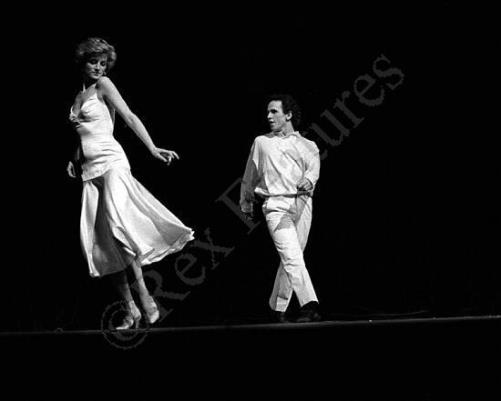 Wayne Sleep and Lady Diana and on the stage dancing to Billy Joel’s “Uptown Girl”, 1985

Prince Charles and Princess Diana went to the theater together. As they were looking at the play, Diana disappeared from the seat suddenly. And she appeared on the stage. It was a present from her to Charles. 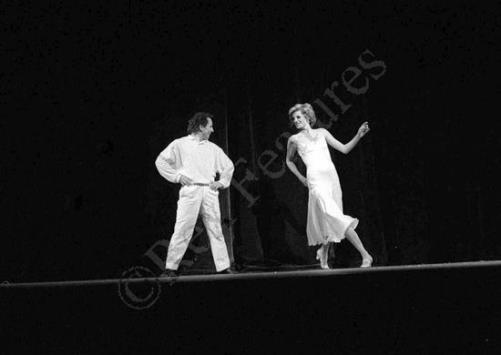 On the stage dancing to Billy Joel’s “Uptown Girl”, 1985. Diana and Wayne Sleep 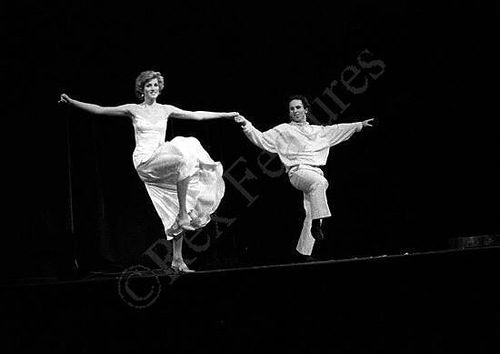 dancing to Billy Joel’s “Uptown Girl”, Wayne Sleep and Diana on the stage. 1985 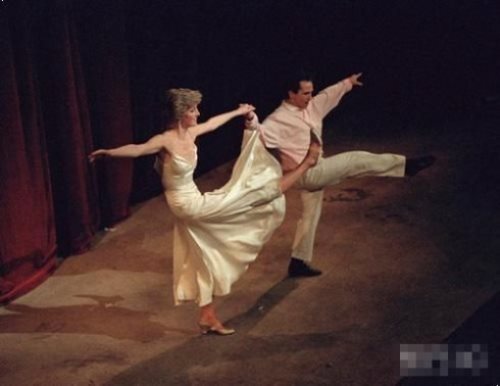 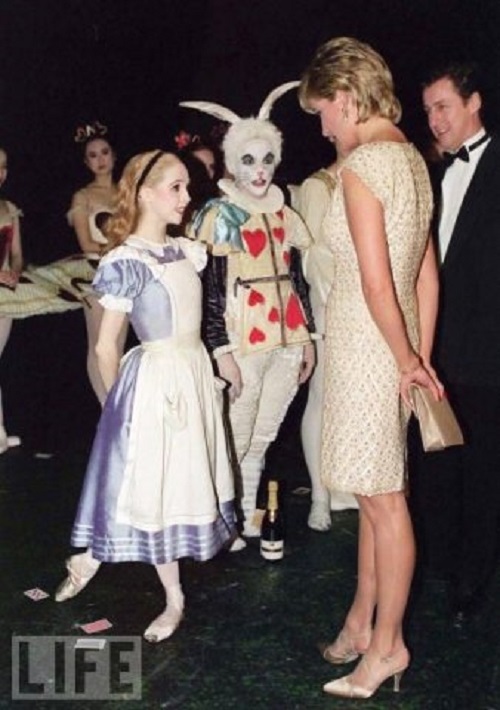 Life magazine. 1993 Lady Diana talking with the ballet dancers of Alice in the Wonderland 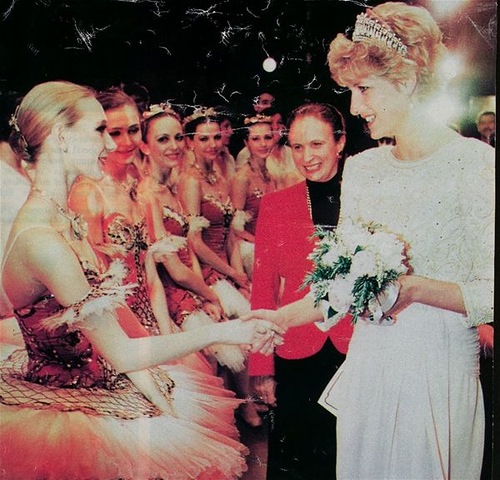 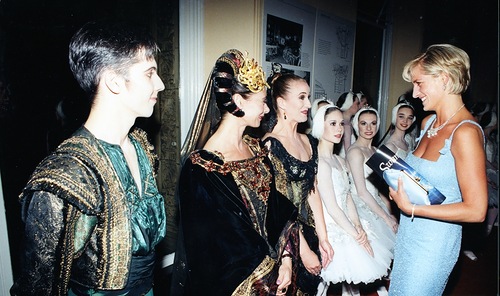 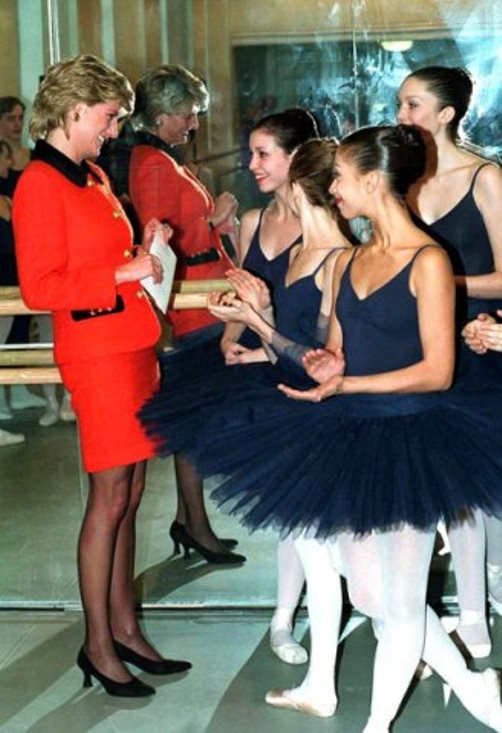 She was an enthusiastic and loved Royal Patron of English National Ballet between 1989-1997, often attended rehearsals and to have a chat with the dancers away from the cameras 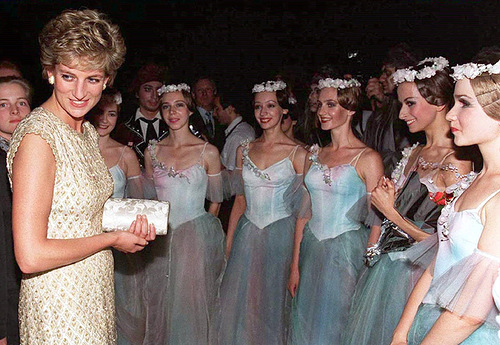 She was an enthusiastic, exemplary and much loved Royal Patron of English National Ballet between 1989-1997. Often, she used to arrive unannounced for rehearsals and to have a chat with the dancers away from the cameras. Meeting with Russian Bolshoi Ballet dancers 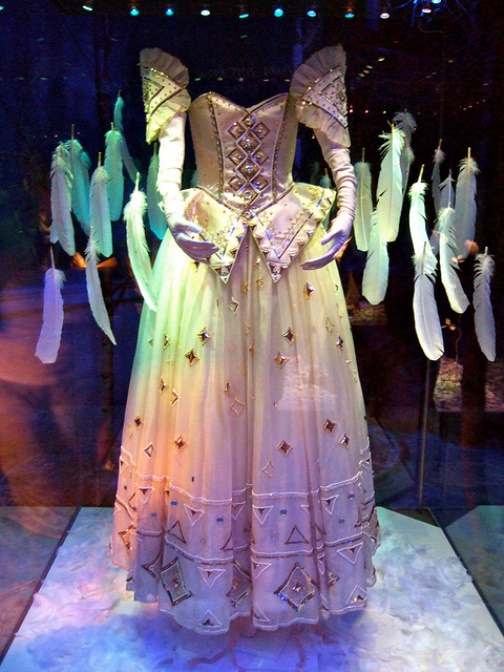 The dress Diana wore to the Bolshoi Ballet in Russia. After she passed, the company felt the loss not of Wales First Lady, but of their dearest friend 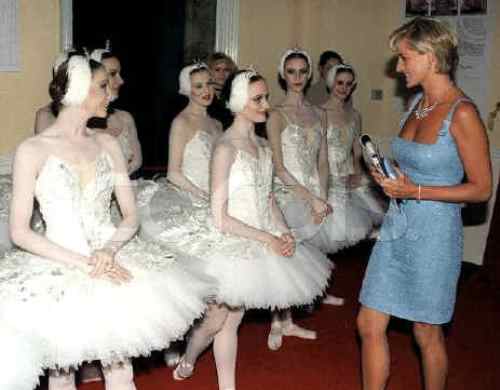 The ballet dancers as they greet the Princess in The Royal Albert Hall, 1997