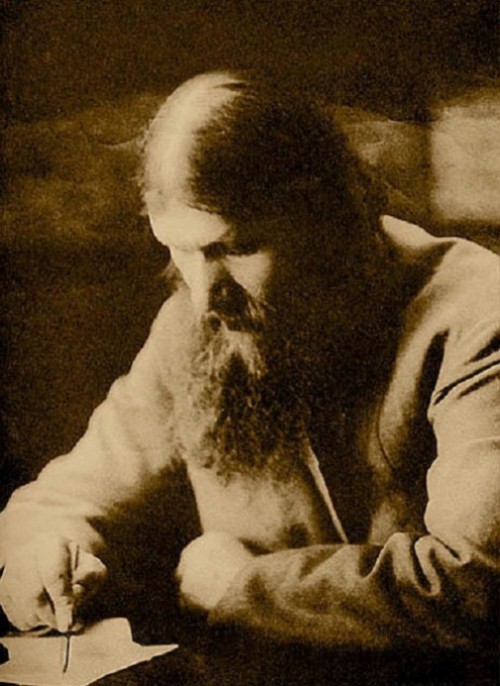 Rasputins letter to Nicholas about his own death
In December 1916 Grigory Rasputin sent a letter to Nicholas II about his own death: “I feel that I shall leave life before January 1st. I wish to make known to the Russian people, to Papa (the Tsar), to the Russian Mother (the Tsarina) and to the Children what they must understand. If I am killed by common assassins, and especially by my brothers the Russian peasants, you, the Tsar of Russia, will have nothing to fear for your children, they will reign for hundreds of years. But if I am murdered by boyars, nobles, and if they shed my blood, their hands will remain soiled with my blood for twenty-five years and they will leave Russia. Brothers will kill brothers, and they will kill each other and hate each other, and for twenty-five years there will be no peace in the country. 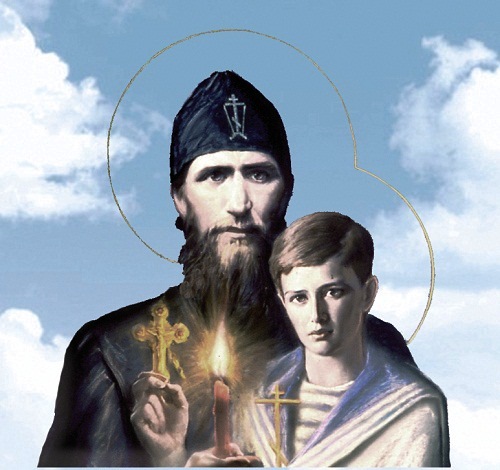 Martyr for Christ and Tsar, friend of Emperor Nicholas II and His Holy Family, Slandered by enemies of God, Tsar and Russia, the Holy New Martyr Grigori Rasputin-Novykh

(Rasputin’s letter to Nicholas about his own death). “The Tsar of the land of Russia, if you hear the sound of the bell which will tell you that Grigory has been killed, you must know this: if it was your relations who have wrought my death, then none of your children will remain alive for more than two years. And if they do, they will beg for death as they will see the defeat of Russia, see the Antichrist coming, plague, poverty, destroyed churches, and desecrated sanctuaries where everyone is dead”.

A lot of people could have envied Siberian peasant Rasputin for how close he was to the Empress and the family. Envy kills. He didn’t murder anyone or anything. Rasputin was cruelly killed by so-called “noble” people, that was the beginning of bloody Russian history, that was what Rasputin wrote about. Crime of 1916 and years of punishment. 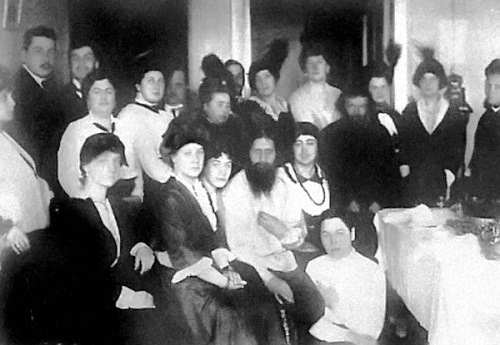 Rasputin among admirers, and his father (4th from the right) in early 1914, photo by Karl Bulla 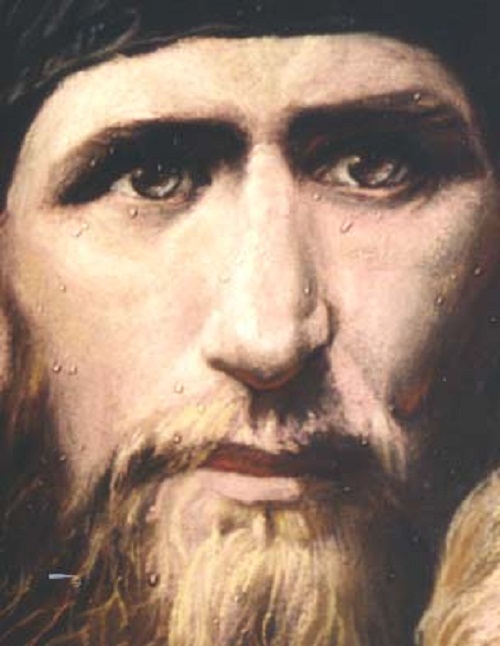 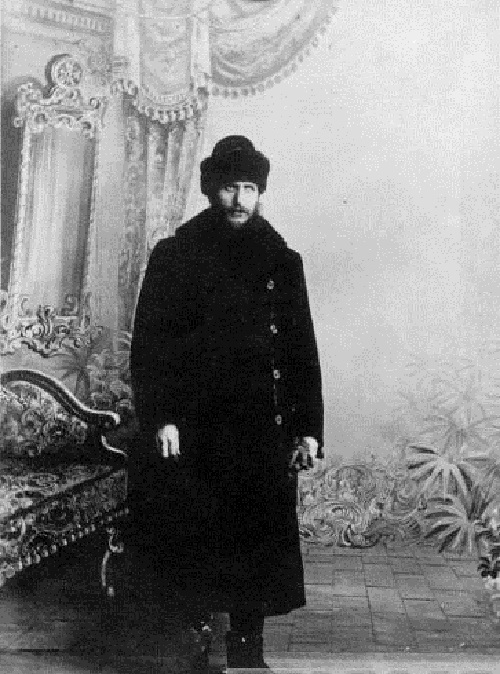 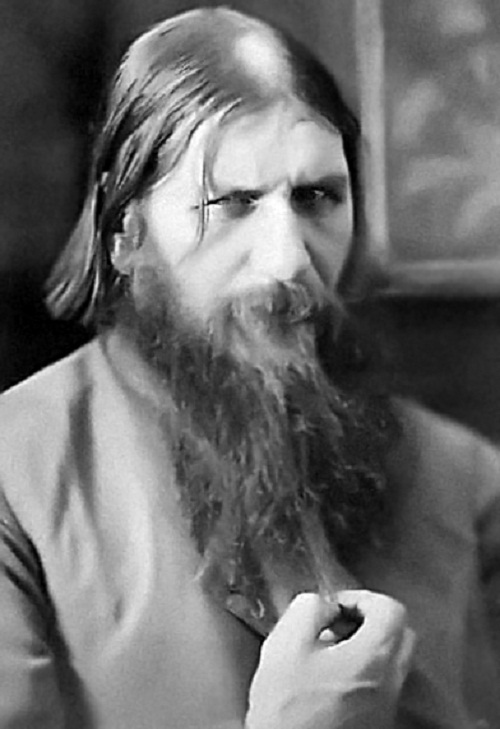 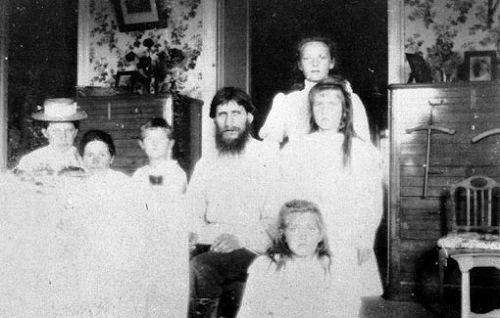 Grand Duchesses Tatiana, Anastasia and Maria, Tsarevich Alexei and two of their nurses with Rasputin 1908 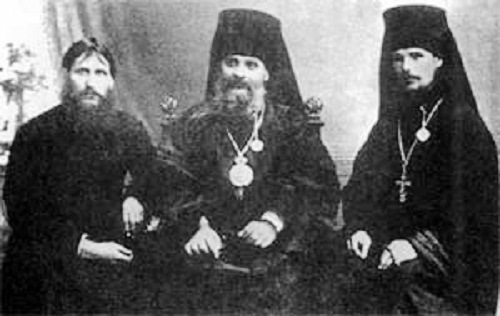 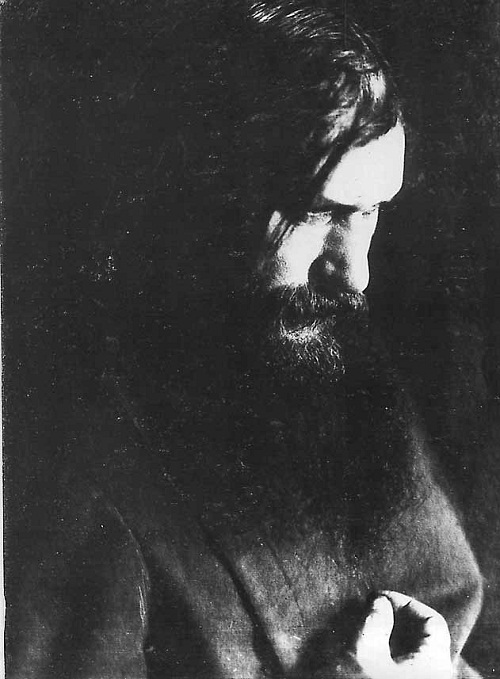 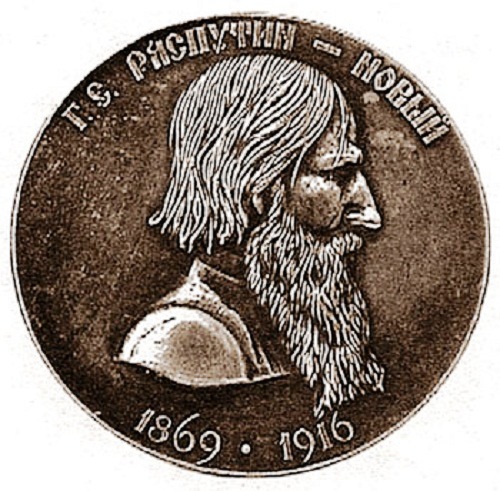 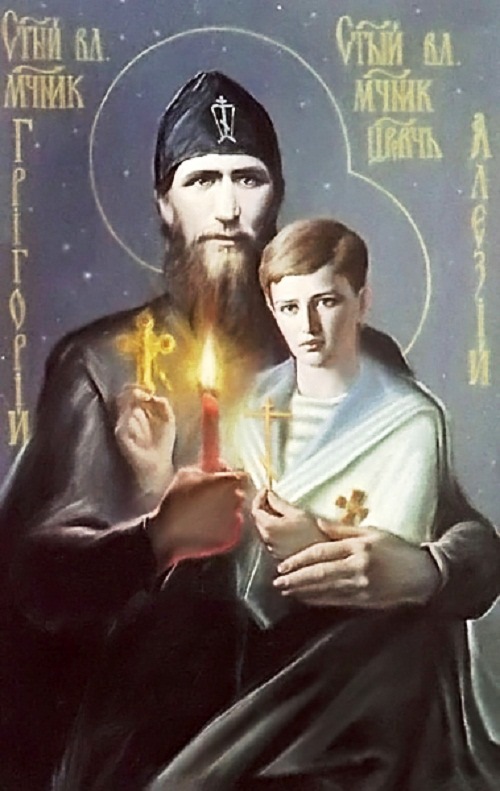 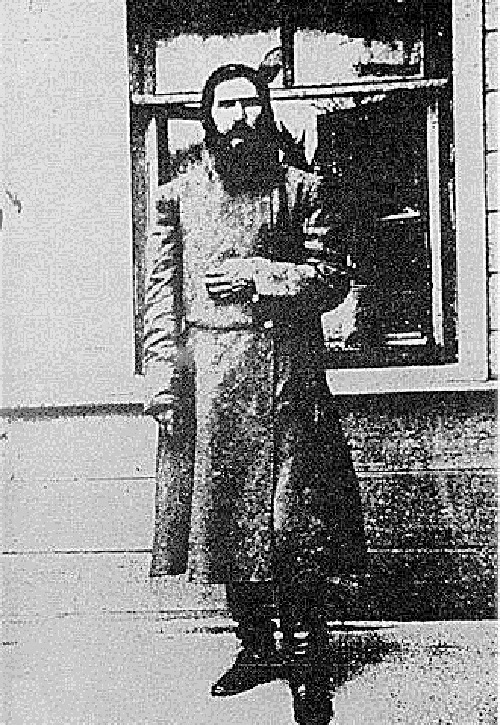 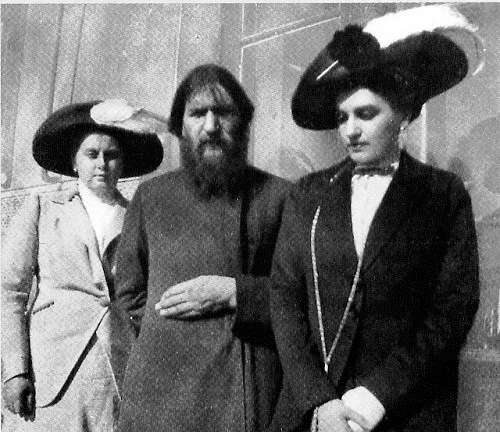 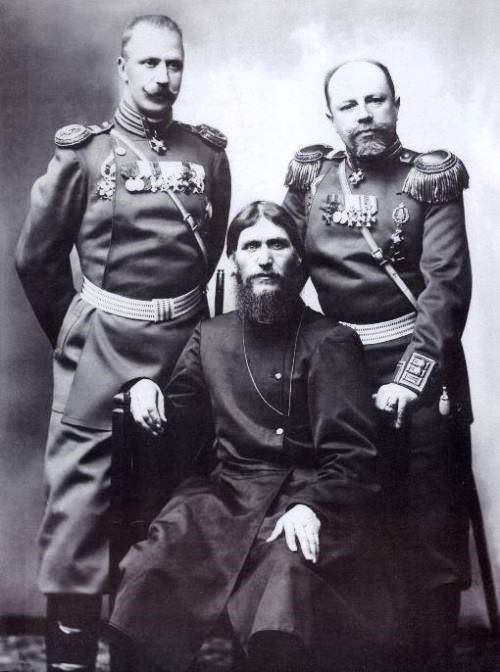 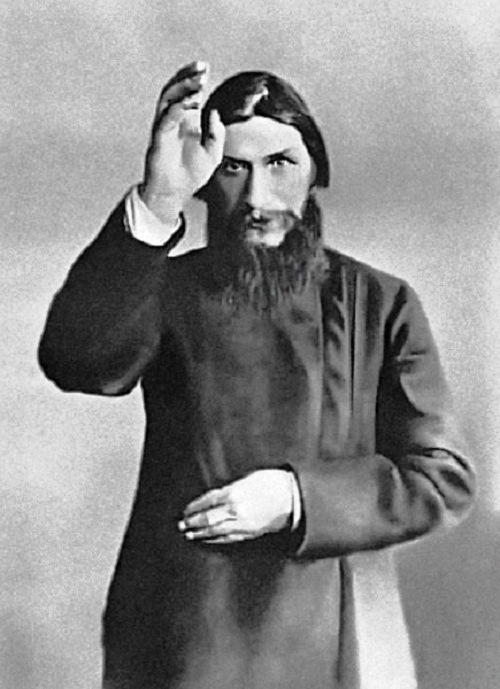 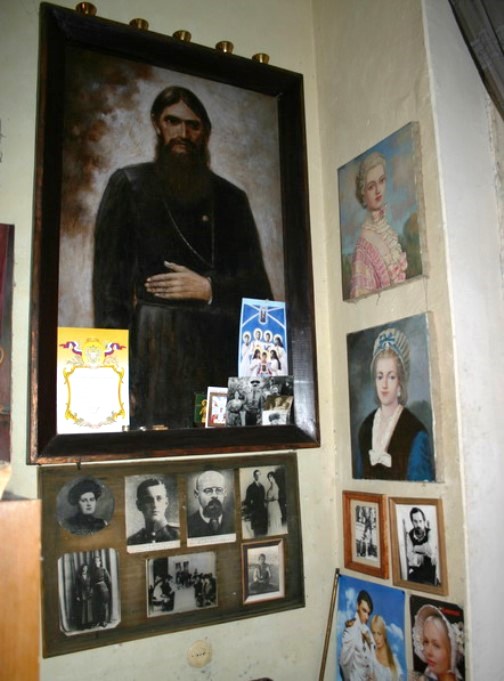 Fragment of an exposition of a museum-apartment of Rasputin 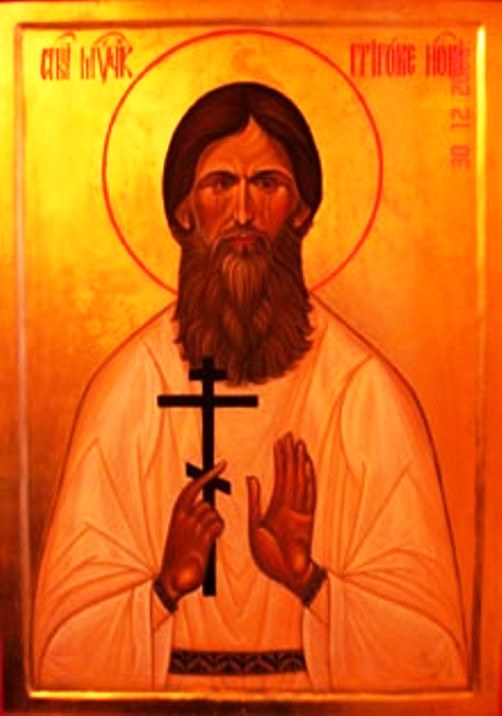 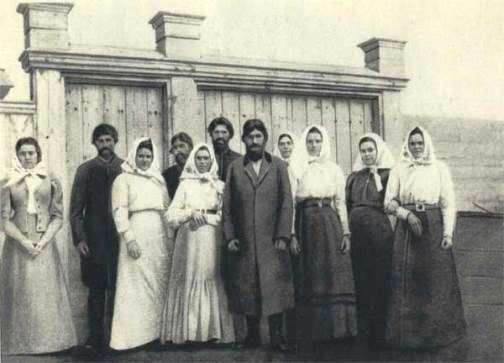 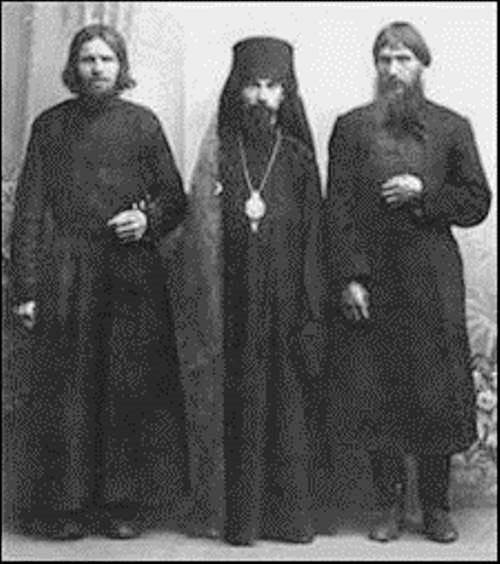 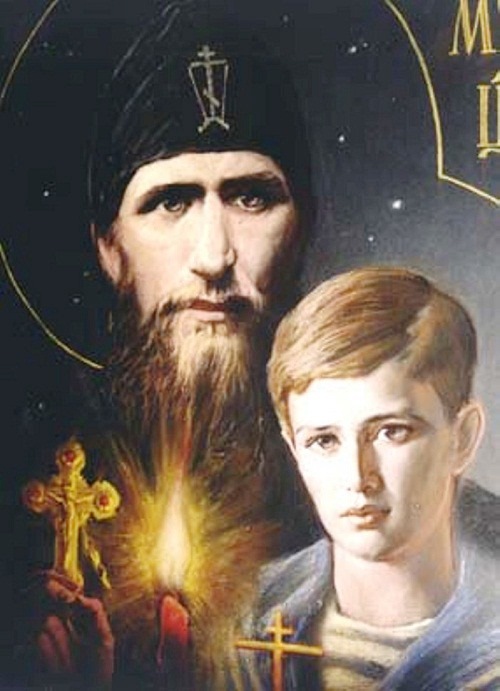 Martyr for Christ and Tsar, friend of Emperor Nicholas II and His Holy Family, Slandered by enemies of God, Tsar and Russia, the Holy New Martyr Grigori Rasputin-Novykh 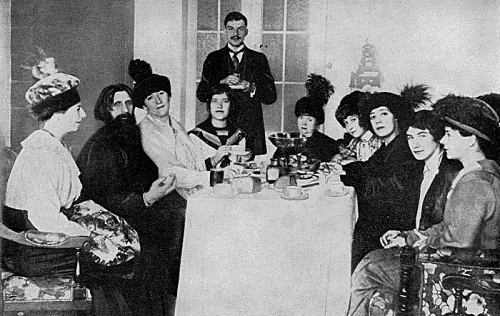 Matryona Rasputina, far right, with her father, Grigori, left, and her mother in the center, in 1914 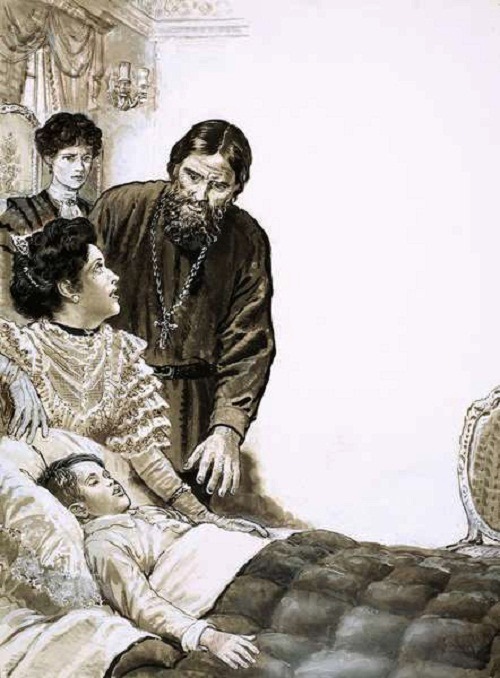 Healer for Alexei, Rasputin was able to win the trust of Alexandra 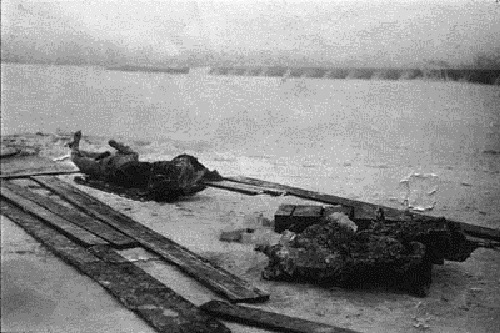 corpse of Rasputin on a sledge. The body of 50 year-old, medium size, dressed in blue embroidered hospital robe, which covers a white shirt. His legs, in tall animal skin boots, are tied with a rope, and the same rope ties his wrists

Horrible crime – murder of Rasputin. corpse on a sledge 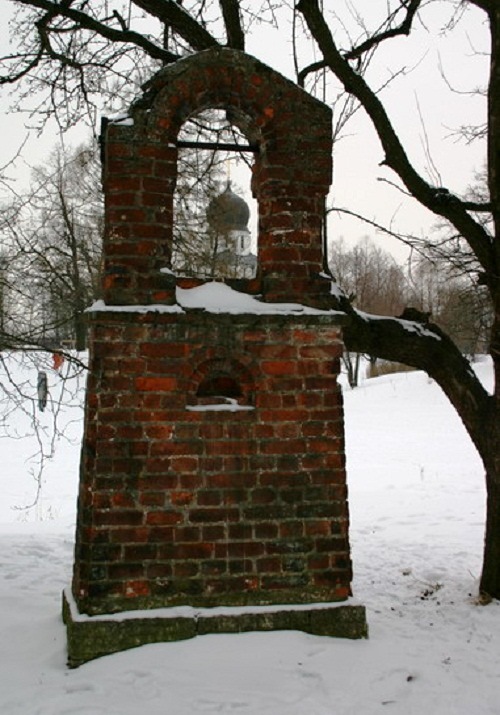 Place of the first burial of Rasputin in a corner of the imperial park. The imperial family said goodbye to him. The empress brought some white flowers; she was very pale. The empress put onto a breast of Rasputin an icon signed by her, the husband, the son and daughters 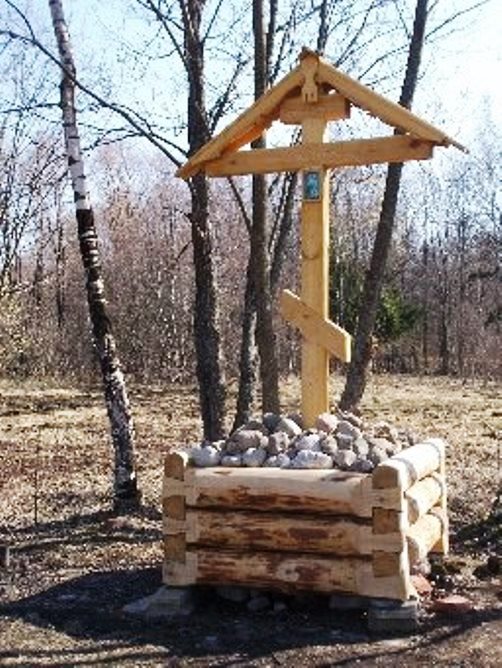 Aleksandrovsky park of Tsarskoe Selo. Rasputin’s tomb. In the center of the Cross established on a place of a burial of Grigory Rasputin placed the sacred Saint Serafim Sarovsky’s icon 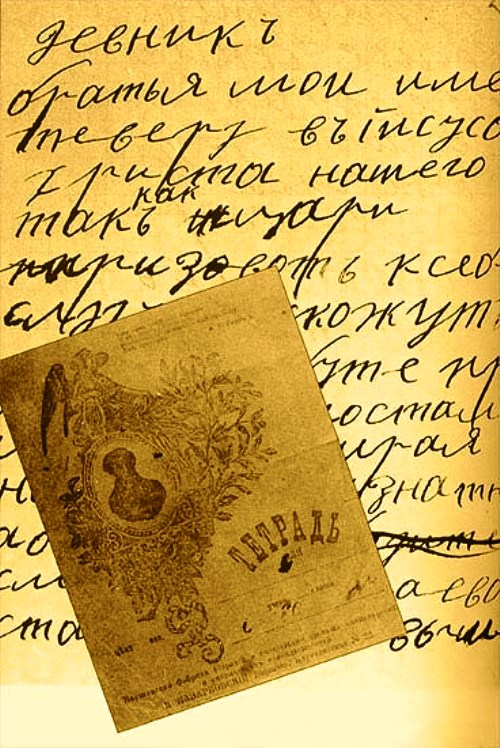 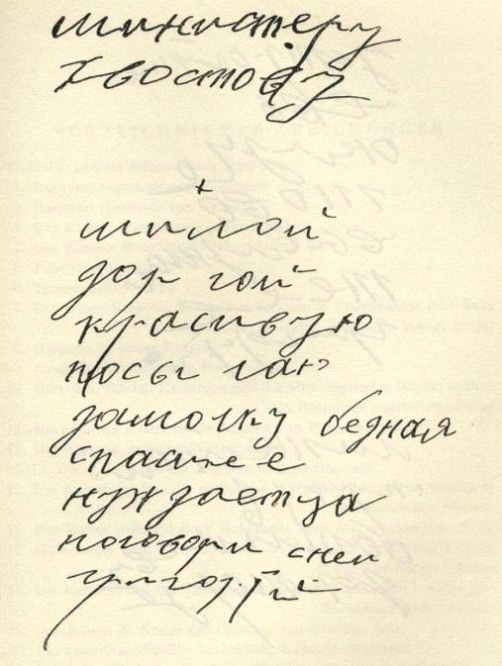 A note to minister from Rasputin