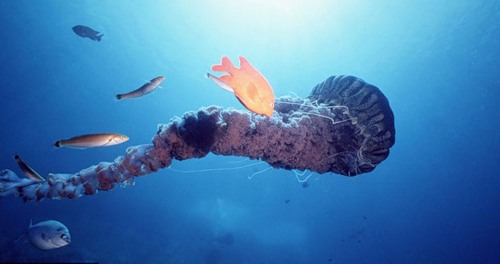 Secrets of the sea by Bob Cranston
Most encounters cause temporary pain and localized redness. Lifeguards in Australia wear pantyhose as a simple protection against jellyfish stings. In normal circumstances, and in healthy individuals, their stings are not known to be fatal.
The author of these fascinating underwater pictures is 56-year-old Bob Cranston. He revealed the full dazzling spectrum of life deep under the ocean. In particular, close encounter with a rare giant jellyfish, a five-foot-long jumbo Humboldt squid. His collection also includes amazing pictures of a northern elephant seal bull. It can be 14 feet in length – and extremely rare southern right whale. Bob Cranston has dedicated his life to underwater photography, while also working as a consultant to the US Military Special Forces. He trains military divers and developing specialized diving equipment. Noteworthy, Cranston has seven prestigious Emmy awards for his stunning work. 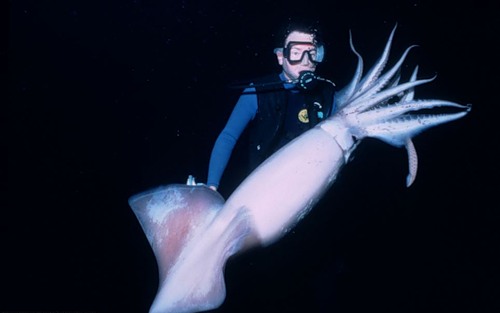 The giant squid, or arhiteutis (Latin Architeuthis) – genus of deep-sea squid, constituting an independent family Architeuthidae. Giant squid can grow to enormous sizes (see Deep gigantism), according to present data from the end of the maximum length of the fins to the tips of hunting tentacles is about 16.5 m.

The Lion’s mane jellyfish appears in the Sherlock Holmes short story ‘The Adventure of the Lion’s Mane’ published in The Case-Book of Sherlock Holmes. Holmes discovers at the end of the story that the true killer of a school professor who died shortly after going swimming was actually this jellyfish. Suspicion was originally laid upon the professor’s rival in love, until the latter was similarly attacked (he survived, although badly stung). In the context of the story, it is only because the school professor has a weak heart that he succumbs, as is confirmed by the survival of the second victim. 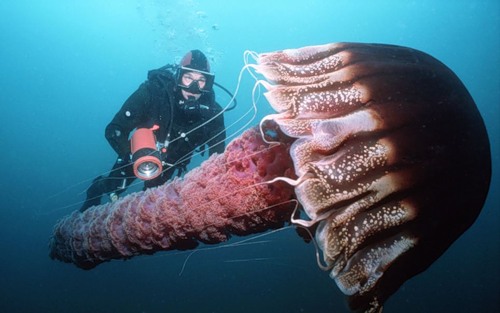 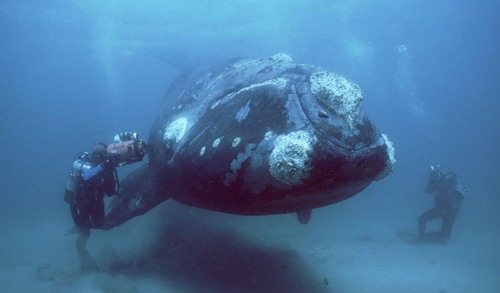 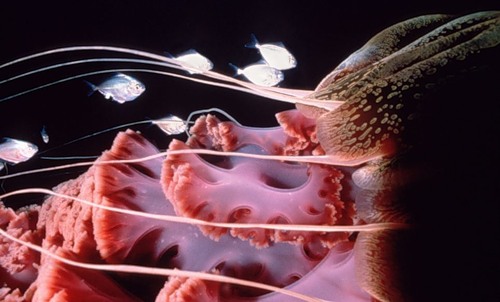 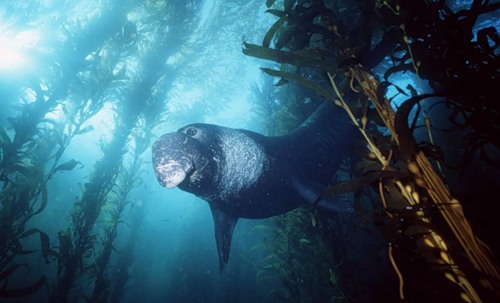