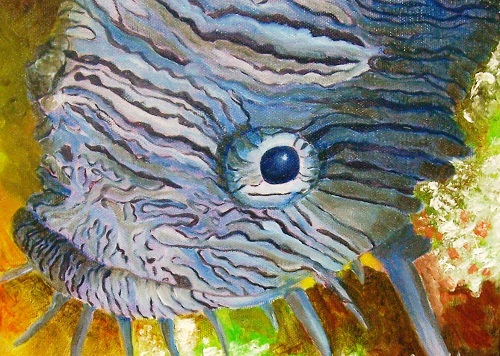 Splendid cryptic and amazing toadfish
First of all, Toadfish is the common name for a variety of species from several different families of fish, usually because of their toad-like appearance. Fish in this family are usually called toadfish: both the English common name and scientific name refer to their toad-like appearance (batrakhos is Greek for frog). Toadfish are benthic ambush predators that favor sandy or muddy substrates where their cryptic coloration helps them avoid detection by their prey. Toadfish are well known for their ability to “sing”, males in particular using the swim bladder as a sound-production device used to attract mates. 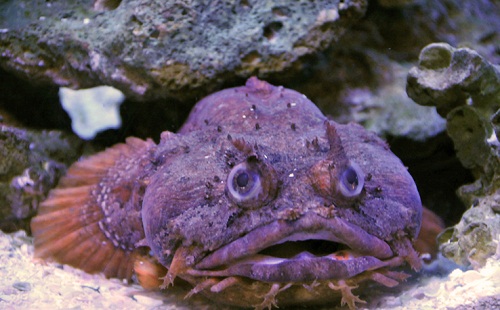 Toadfishes are bottom-dwellers, ranging from near shore areas to deep waters.

Toadfishes are bottom-dwellers, ranging from near shore areas to deep waters. They tend to be omnivorous, eating sea worms, crustaceans, mollusks and other fish. They often hide in rock crevices, among the bottom vegetation, or even dig dens in the bottom sediments, from which they ambush their prey. Toadfish can survive out of water for as much as 24 hours, and some can move across exposed mudflats at low tide using their fins.

Males make nests, and then attract females by “singing”, that is, by releasing air by contracting muscles on their swim bladder. The sound has been called a ‘hum’ or ‘whistle’, and can be loud enough to be clearly audible from the surface. The eggs are sticky on one side, so that the female can attach them to the side of the nest. Each male will attract numerous females to his nest, so that the eggs within will have multiple different mothers.

The male then guards the nest against predators. During this period, the male must survive on a limited supply of food, as they are not able to leave the immediate vicinity to hunt. The eggs rapidly develop into embryos, but these remain attached to the side of the nest until the age of about three to four weeks. After this time, they continue to cluster around and hide behind the male, until they are large enough to fend for themselves. This degree of parental care is very unusual among fishes.

Leopard toadfish (Opsanus pardus) on a seabed. This bottom-dwelling predatory fish conceals itself on sand on the seafloor where it lies in wait to ambush its prey. The species inhabits waters along the Florida panhandle and the western coast of the Florida peninsula at depths greater than fifteen meters. Photographed at a shipwreck in the Gulf of Mexico, off San Pablo island, Florida, USA. 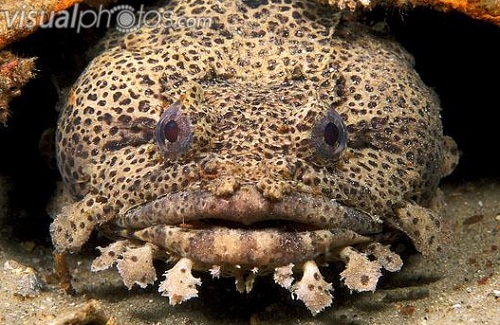 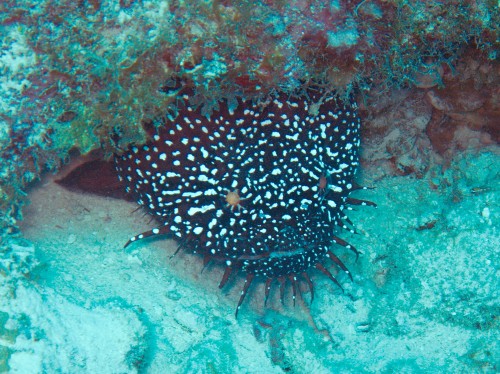 A white spotted toadfish lurking from his hole 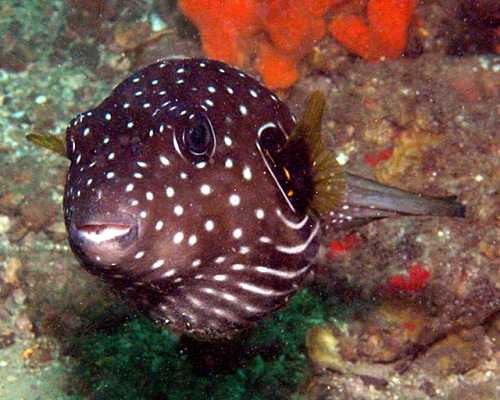 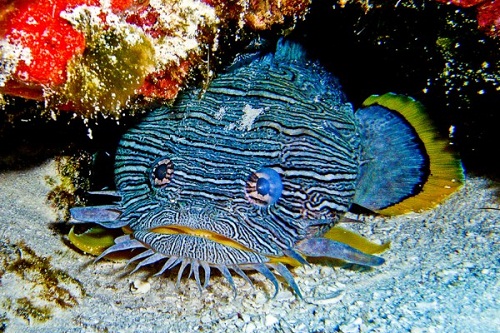 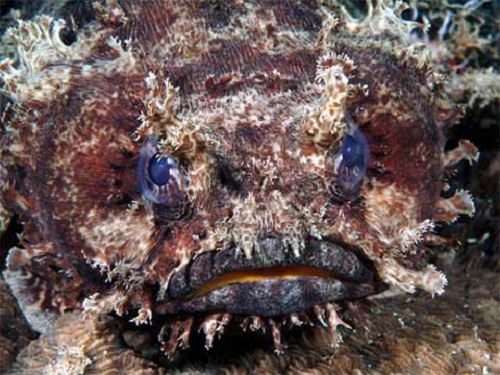 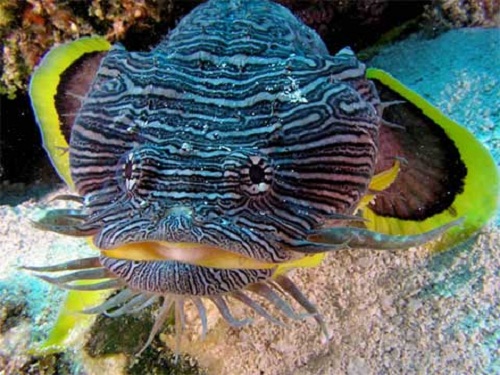 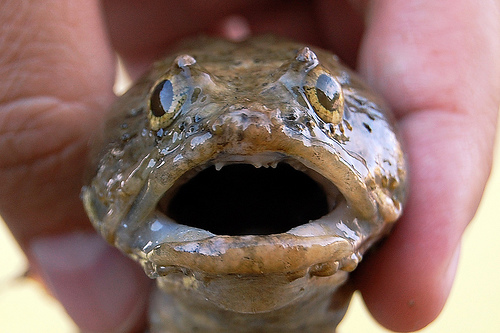 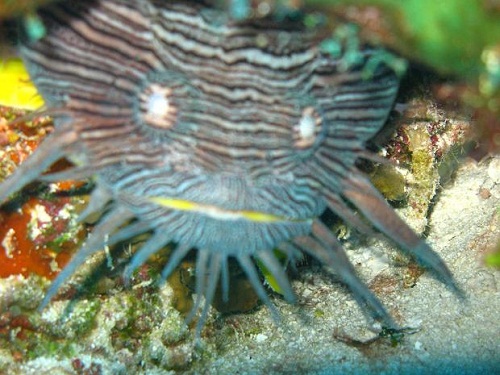