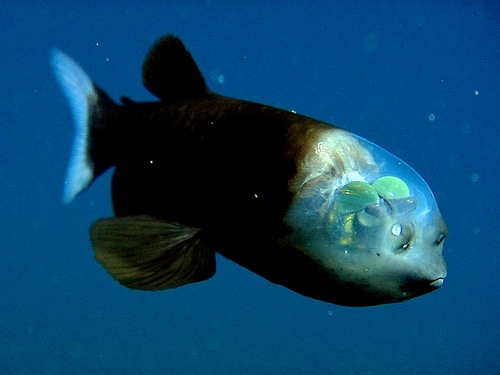 Fish with transparent head
Known as Macropinna microstoma, this deep-sea fish has an unusually transparent head. Besides, fluid-filled dome on its head, through which the lenses of its eyes can be seen. The eyes have a barrel shape and can rotate to point either forward or straight up, looking through the fish’s transparent dome. The fish usually hangs nearly motionless in the water. When Macropinna spots small fish and jellyfish, its eyes rotate like binoculars, facing forward as it turns its body from a horizontal to a vertical position to feed. Macropinna microstoma has been known to science since 1939, but is not known to have been photographed alive until 2004. Old drawings do not show the transparent dome, as it is usually destroyed when brought up from the depths.

Meanwhile, transparent animals with translucent skin inhabit the whole world. These amazing, sometimes invisible organisms resemble the ghosts of the real world. The absence of pigmentation helps these creatures hide so that they can not be found by predators. In addition, transparency allows them to save valuable resources.

For example, Glass bass beetle – a small freshwater fish, living in the fast brooks and rivers of Myanmar and Thailand, stands out among its relatives high. The glass perforated perch (Latin Parambassis pulcinella) grows only 8 cm in length and in the wild nature is distinguished by a calm, and peaceful character.

About glass big-bassed perches became known just over ten years ago, in 2003. Scientists discovered unusual, almost transparent fish with characteristic outgrowths on the head in the Ataran river basin in Myanmar. Their high “foreheads” are a continuation of the upwardly widening part of the spine. They are lack of scales, and the sizes depend on gender: males are larger than females.

Translucent, gold-casting fish gather in small groups of 6-8 individuals and hang for a long time around the stones lying on the bottom. In a rapid flow of small hunters catch crustaceans, small fish, and river insects. 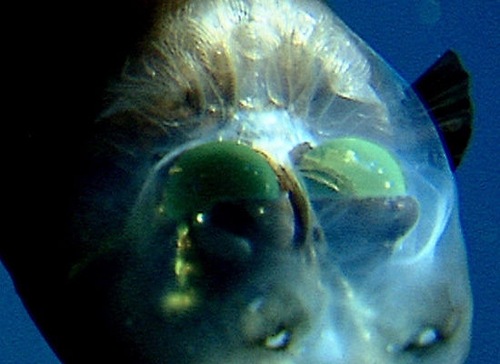 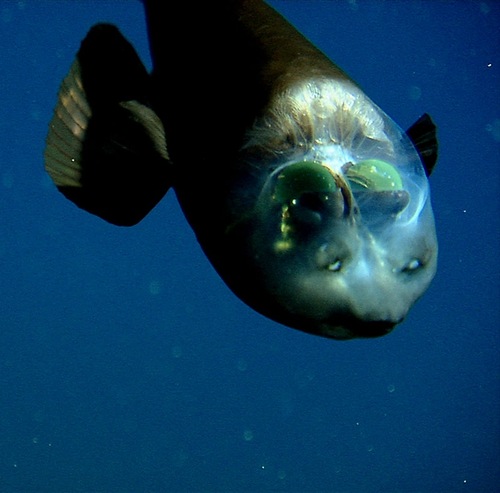 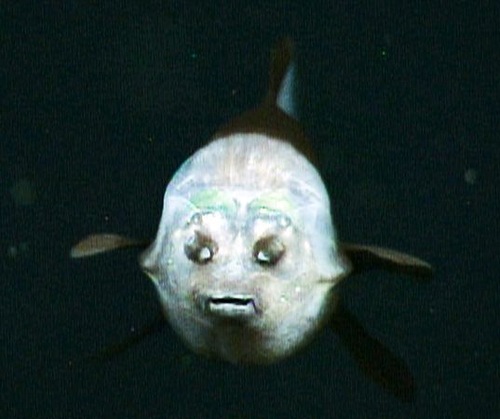 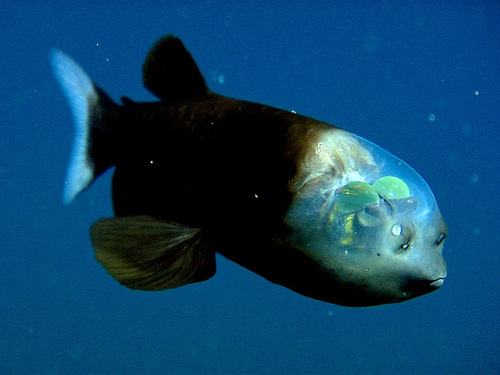 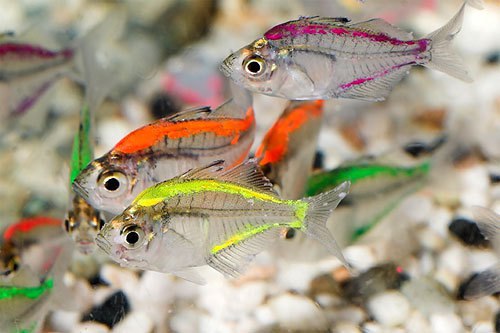 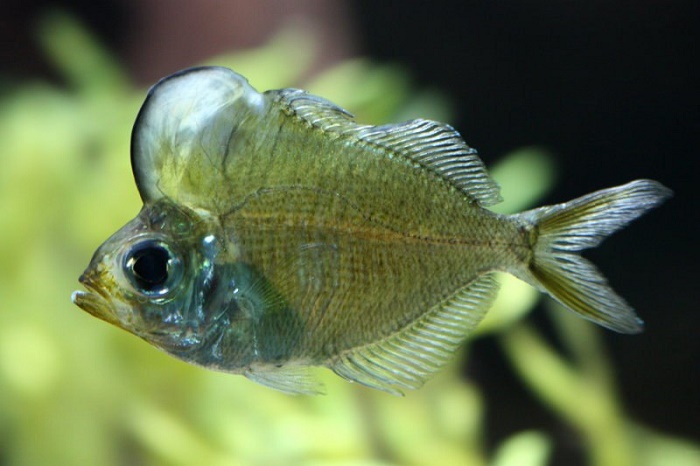 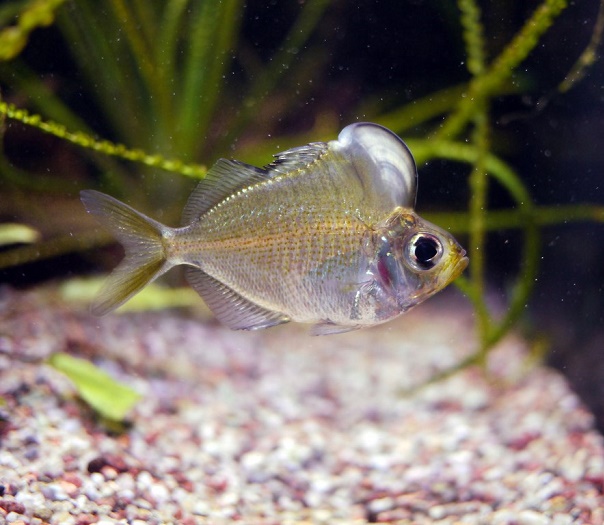 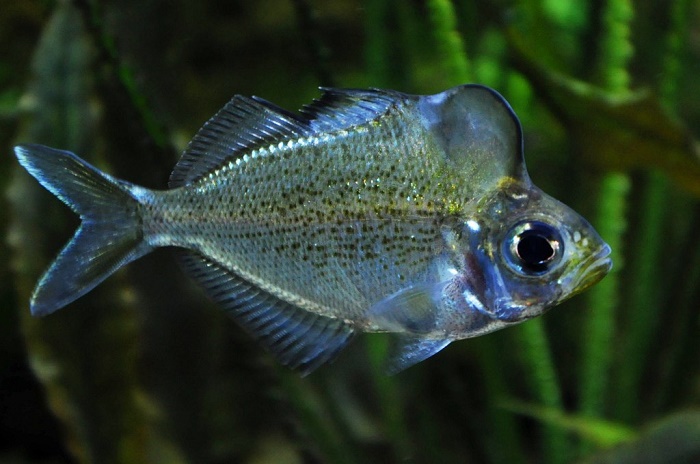