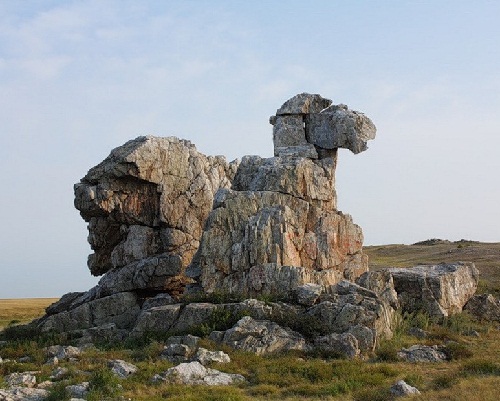 Stone wonders of Russia.
Camel Hill (Verblyuzhka Mountain, Russian – Верблюжка) is located in the Orenburg region, 9 km south-east of the village Vostochny on the left bank of the East ephemeral stream Aschisu. It is an outlier quartzite rock up to 20 meters. Double-humped camel is one of the most original natural sculptures and a symbol of the Orenburg Ural steppes. For a long time the wind blew the soil, and the mountain, composed solid rock into a twenty-meter quartz boulder that resembles a lying camel. 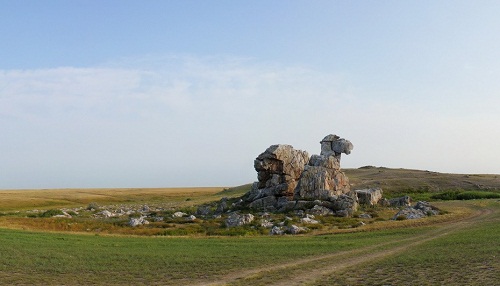 Many legends are based on the camel rock. One of them states that once a camel, coming from the desert, wanted to measure its strength with the Ural Mountains. Ready to fight, it turned into a hill, and so it stood for centuries. 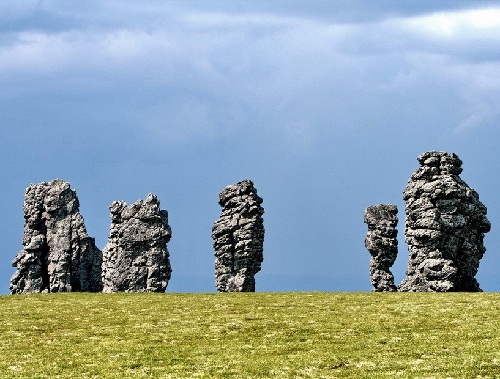 Pillars of weathering Man-Pupu-Ner or the Seven Strong Men Rock Formations of the Komi Republic are a set of 7 gigantic abnormally shaped stone pillars located north of the Ural mountains in the Troitsko-Pechorsky District of the Komi Republic. These monoliths are real Stone wonders of Russia, around 30 to 42 m high and jut out of a hilly plateau formed through the weathering effects of ice and winds. About 200 million years ago the stone pillars were the high mountains. Passed millennium. Rain, snow, wind, frost and heat gradually destroyed the mountains, and especially weak rocks. Solid cvarts shales were destroyed less and survived to the present day, and the soft rocks were destroyed by weathering and demolished by wind and water in the lower elevation. In the past, it was a place of worship for Mansi people. Man-Pupu-Ner at the Mansi language means “Little Mountain idols” 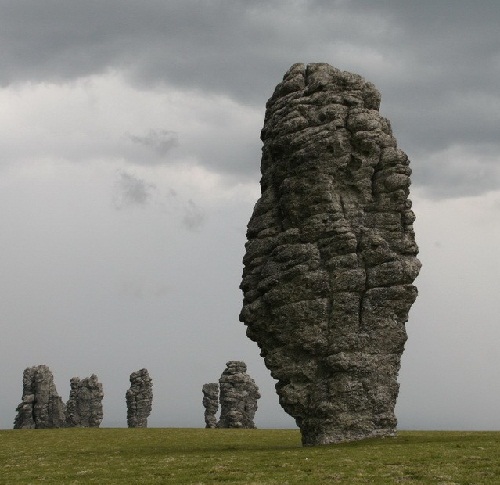 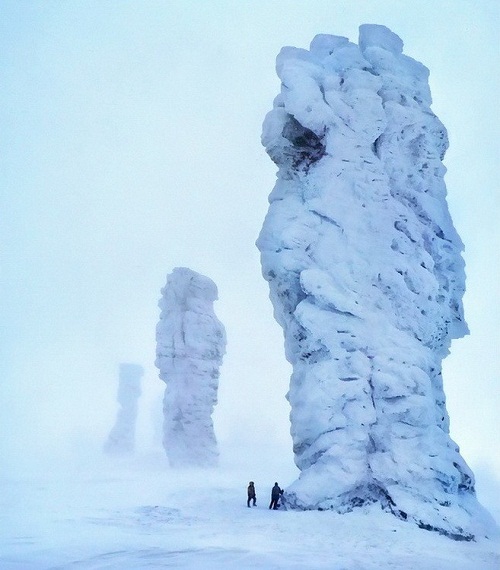 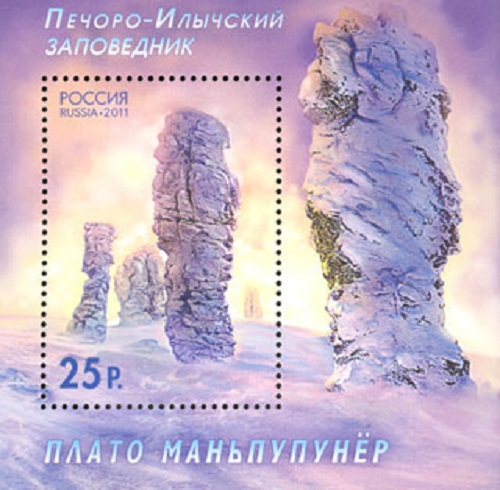 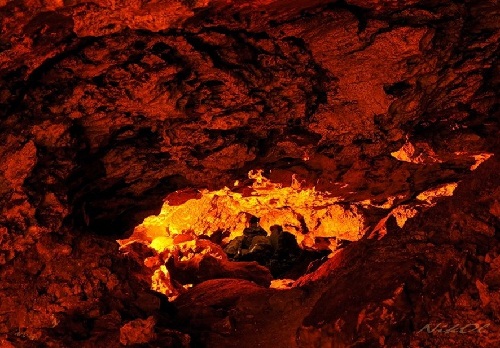 Kungurskaya ice cave – one of the largest limestone caves in the world and one of the most popular attractions of the Urals. The cave is in the Perm region, on the right bank of the river Sylva Kungur on the outskirts of the village Filippovka, (100 km from Perm). The length of the cave is about 5,700 m, of which 1.5 km, it is equipped for visits by tourists. The cave contains some 50 caves, 70 lakes, 146 so-called “organ pipes” (the highest – in the grotto Ethereal, 22 m) – the highest mines that reach almost to the surface. 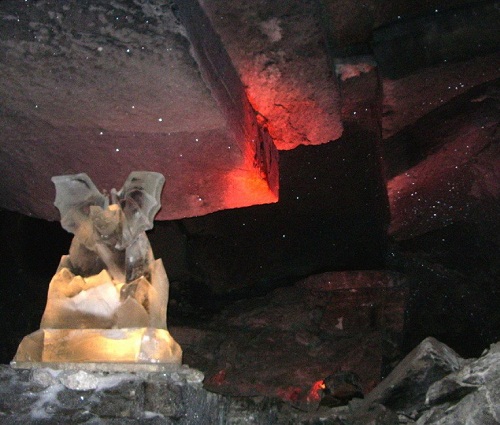 Hanging stone blocks in the grotto of Dante 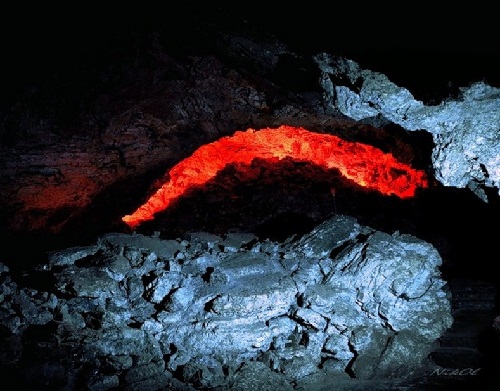 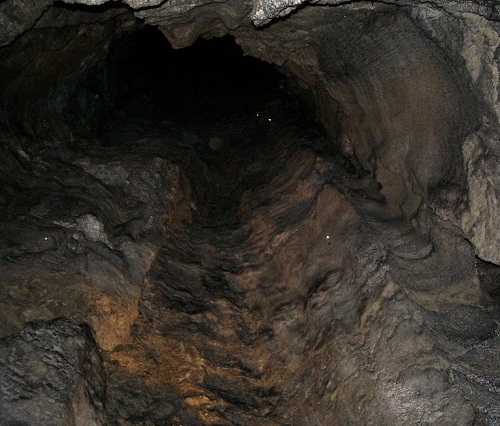 Organ pipe in the grotto of Friendship of Peoples 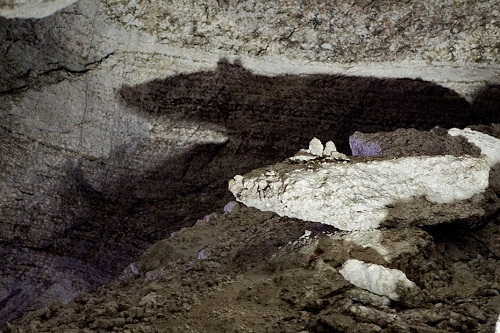 Stone rat in a grotto Custer 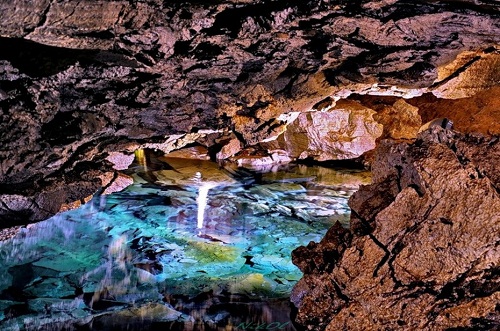 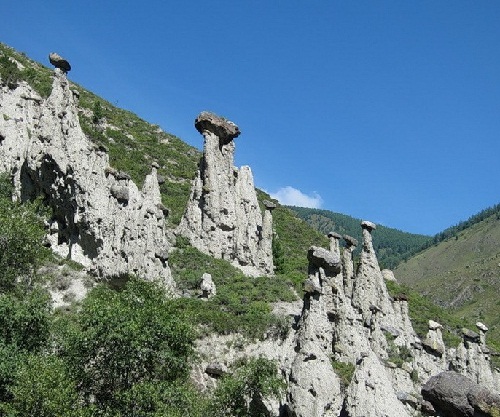 Stone Fungus are a unique monuments of nature, Stone wonders of Russia. The stone sculptures resemble mushrooms, they are in Altai Mountains, the valley Chulyshman, gorge Ak-Qurum. The curious landforms formed as a result of the (scientifically) denudation of heterogeneous rocks. They look graceful and very unusual. One can only rejoice that this unusual natural phenomenon has survived to our time in all its glory. Unfortunately, these mushrooms continue to gradually deteriorate. It is said that during the earthquakes in the Altai in 2003, several “hats” sank. Among geologists there is an opinion that our grandchildren may have not be able to see it. 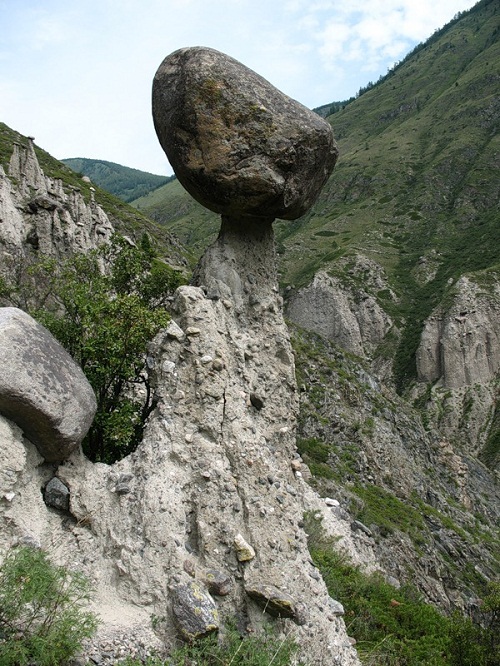 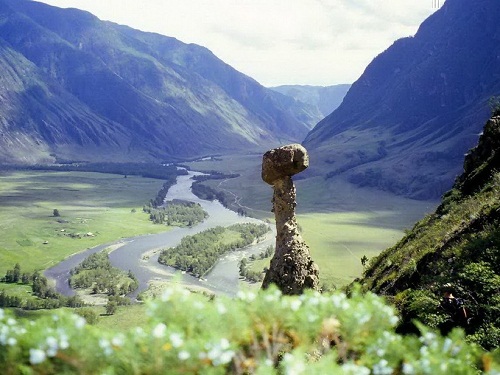 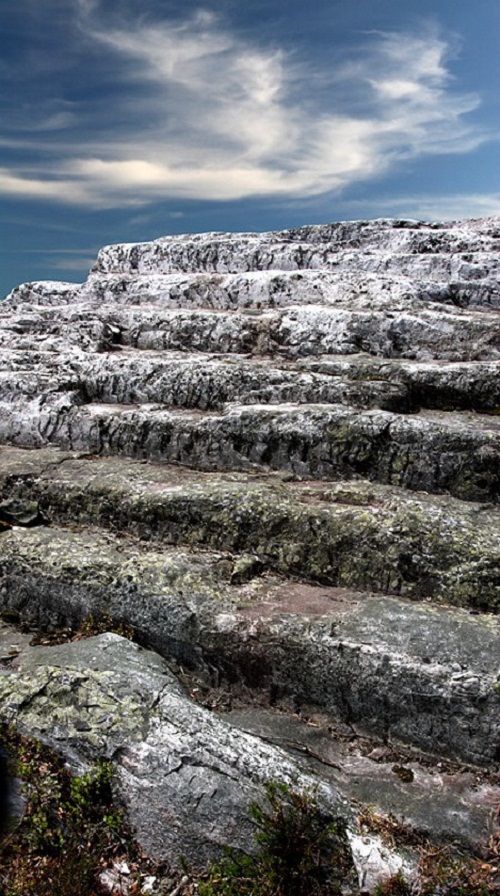 Stone wonders of Russia – Vottovaara Mountain in Karelia.
Until now, an inquisitive researcher can find in the remote corners of the Karelian taiga sites that do not fit in the logical representation of modern man. One of these monuments – the complex on Mount Vottovaara. Vottovaara mountain (the highest point of the western Karelia – height 417 m) superstitious people consider the place of the Center of the evil forces and the bridge to the other world: the ugly trees grow here, there is almost no fauna, lakes are dead. One of its name given by the people here is – Death Mountain. 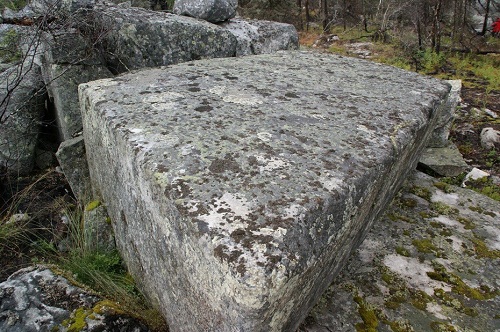 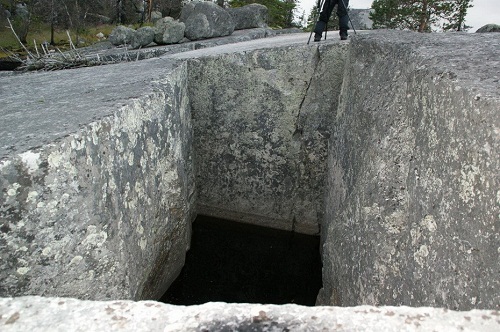 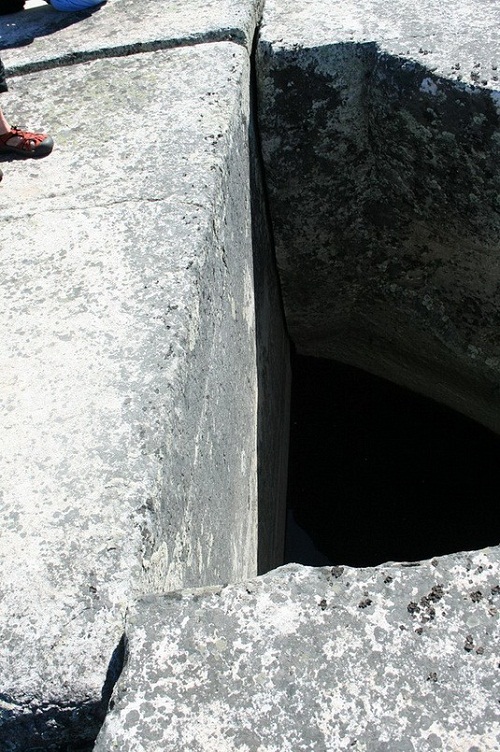 Some researchers suggest that this is an ancient religious complex. Geologists believe that the cracks and fissures formed by a strong earthquake about 9,000 years ago. Smooth stones is the result of the properties of the local breed — quartzite, the structure of which is so smooth and sets the split plane. 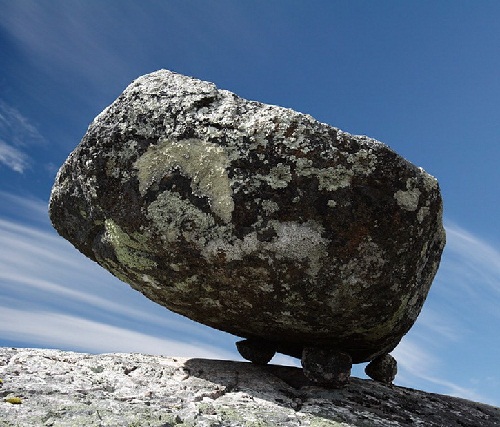 In recent years, Death Mountain as one of Stone wonders of Russia, has become a place of pilgrimage for followers of different mystical trends, claiming that it is – a place of evil forces and the Center of the bridge to the other world. Peaks – this is rock plateau, in some places covered with trees of whimsical shapes and heights. For example, old, one hundred and two hundred year old pine trees are not higher than two meters. At the top of Vottovaara – an area of ​​approximately six square kilometers with about 1,600 stones (“Karelian Stonehenge”) arranged in some mysterious manner. A number of large multi-ton stones placed on the “legs”: a few smaller stones. 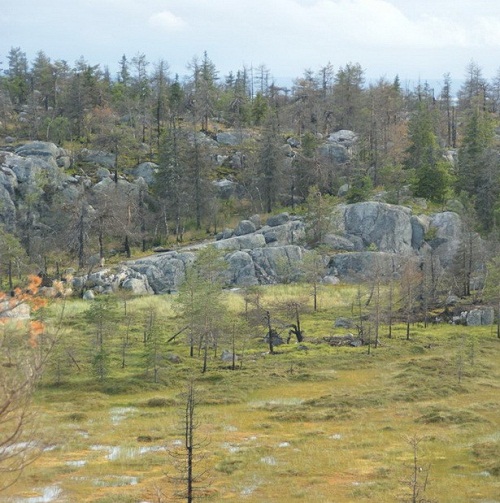 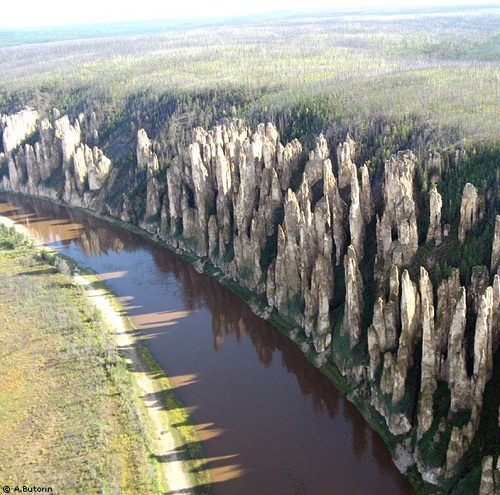 Lena Pillars — a geological formation and the eponymous national park in Russia, on the banks of the Lena River in Khangalassky District, Yakutia, 104 km from the town of Pokrovsky. Lena Pillars are stretching for miles complex vertically elongated rocks fancifully piled along the Lena River, a deep valley cut through Lena plateau. The highest density of poles reach between the villages of Peter and Tit-Ary. Rock formations, whose height reaches 100 meters, composed of Cambrian limestone. 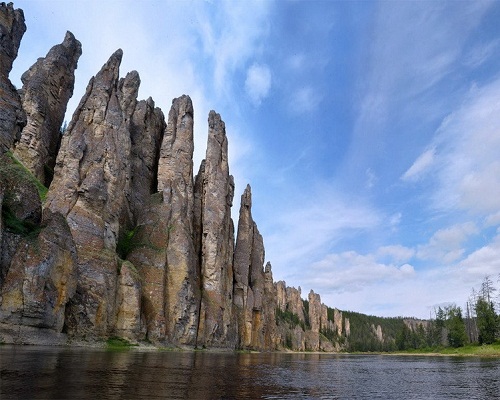 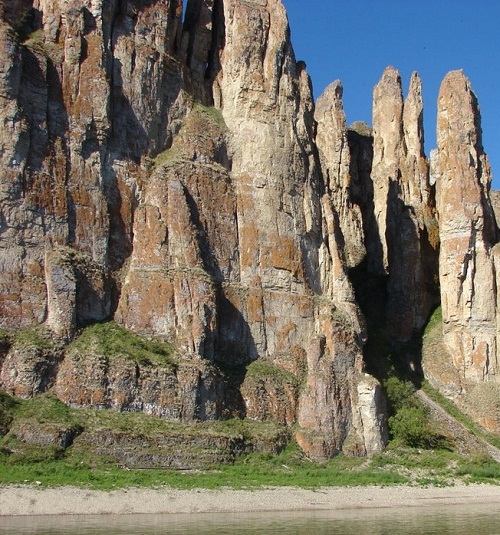 Stone wonders of Russia. On the cliffs along the banks of the Lena River are discovered numerous rock petroglyphs made with mineral yellow paint by the ancient inhabitants of these places. This is a different degree of stylized images of animals, fragments of the ancient runic inscriptions, songs with a picture of the person. 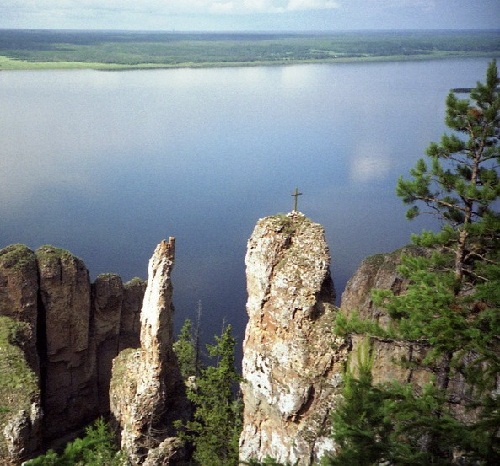