« Stone wonders of Russia
Ladybower Reservoir Portal to other worlds » 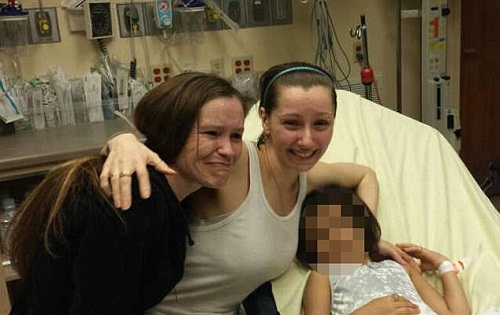 Three girls abducted ten years ago found alive. Amanda Berry (center) at the Cleveland Hospital alongside her emotional sister (left) and the daughter that she gave birth to during the 10 years she was held against her will. Photo dailymail.co.uk

Three girls abducted ten years ago found alive
The girls found in the basement of a house in Ohio – where they were held captive in chains. They were discovered after neighbor heard screams. A girl aged six, was also found alive after one of the women gave birth in captivity. Police arrested 52-year-old captor Ariel Castro, who owned house at a nearby McDonald’s. His two brothers were arrested too. Amanda Berry, 26, went missing in 2003 when she was 16. Gina DeJesus, 23, disappeared when she was aged 14 in 2004. Michelle Knight, 32, disappeared in 2000 when she was 20. They were kidnapped on the same street, just three miles from where they were found. Police found chains hanging from ceilings inside the home.

When Amanda fled the home and ran across the street to call police, she was holding the hand of a young girl. ‘Help me I’m Amanda Berry… I’ve been kidnapped and I’ve been missing for ten years and I’m here. I’m free now,’ Berry is heard saying in the call to police that has been publicly released.

Three girls abducted ten years ago found alive. A large crowd gathers outside Metro Health Medical Center — the women appear to be in good health and were taken to a hospital to be evaluated and to reunite with relatives 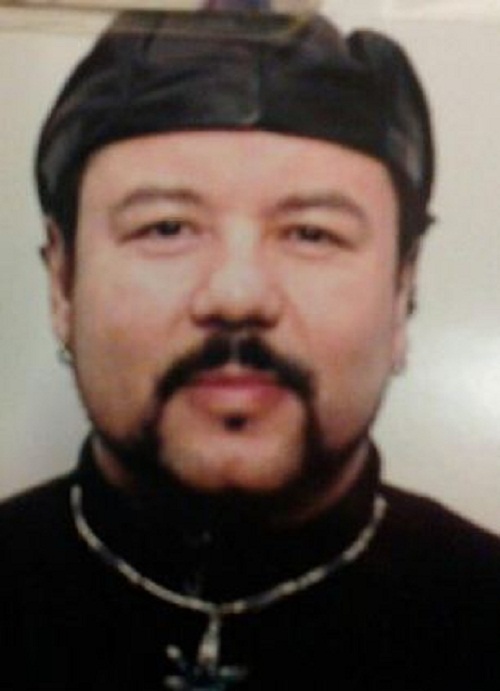 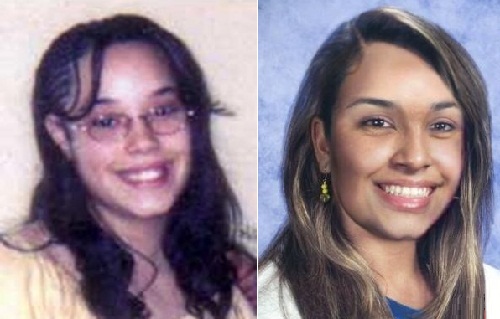 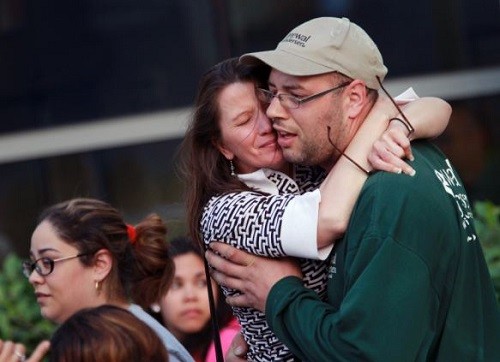 The disappearances of Amanda and Gina captured the attention of the entire city for the past decade, as their relatives have continually held vigils and kept the story alive in the local press 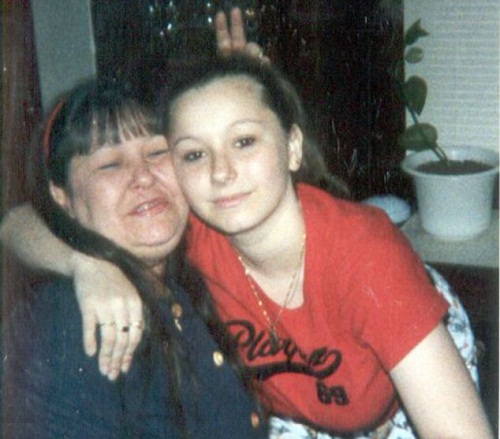 Louwana Miller is pictured with her daughter Amanda Berry before she vanished in 2003, aged 16

Amanda’s mother, Louwana Miller, who had been hospitalized for months with pancreatitis and other ailments, died in March 2006. She had spent the previous three years looking for her daughter, whose disappearance took a toll as her health steadily deteriorated, family and friends said. In November 2004, she even turned to a psychic, Sylvia Browne, on Montel Williams’ television show. 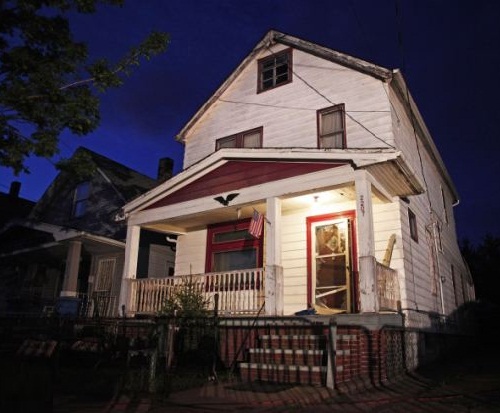 A neighbor managed to kick down a door at the home

Charles Ramsey, the neighbor who rescued the girls, said that he was shocked about the discovery because the man who owns the home – who is thought to be the kidnapper- did not stay hidden from those around him. ‘I’ve been here a year. I barbecue with this dude, we eat ribs and what not and listen to salsa music. Not a clue that that girl was in that house or that anyone else was in there with’.

Felix DeJesus, holding a banner showing his daughter’s photograph, standing by a memorial in his living room in Cleveland in 2004 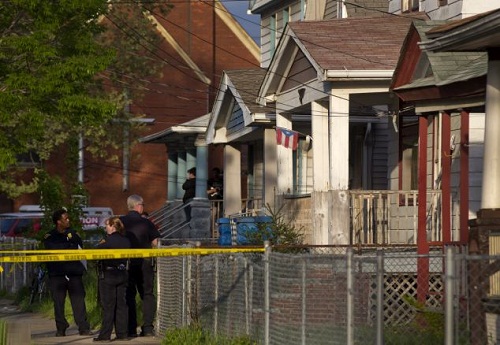 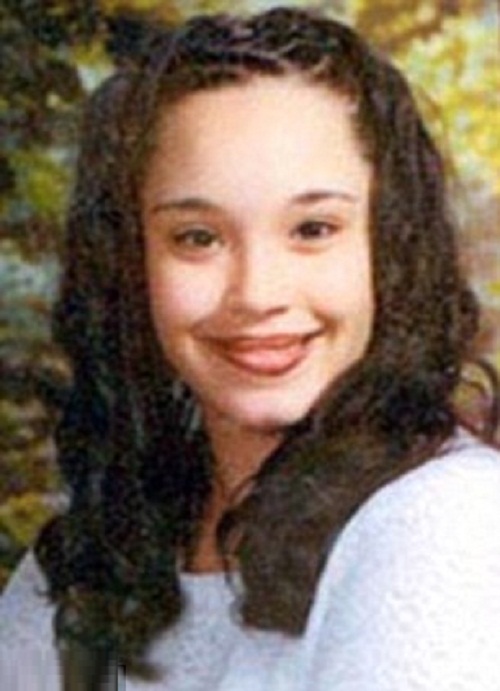 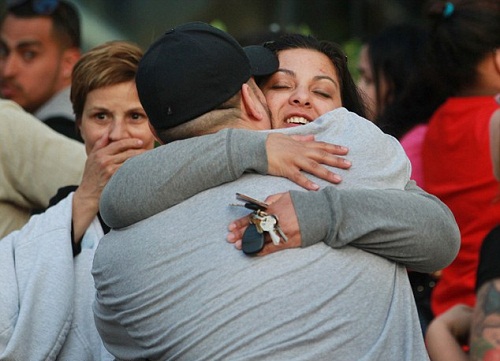 Two people hug outside the hospital. Crowds of Cleveland residents gathered at the police station and cheered as squad cars pulled into the station Monday night 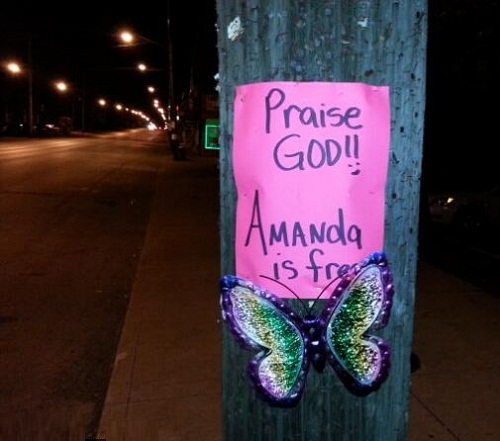 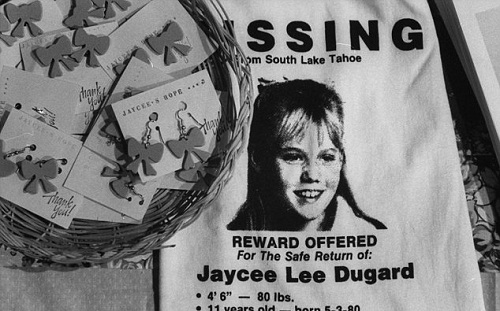 How Stockholm Syndrome leaves scars that last a lifetime

Despite escaping from their decades-long captivity yesterday, the three Cleveland kidnap victims are likely to suffer from the after-effects of their ordeal for years to come. Many abduction victims suffer from ‘Stockholm Syndrome’, a psychological condition which sees them become attached to their tormentors – no matter how badly they are treated. 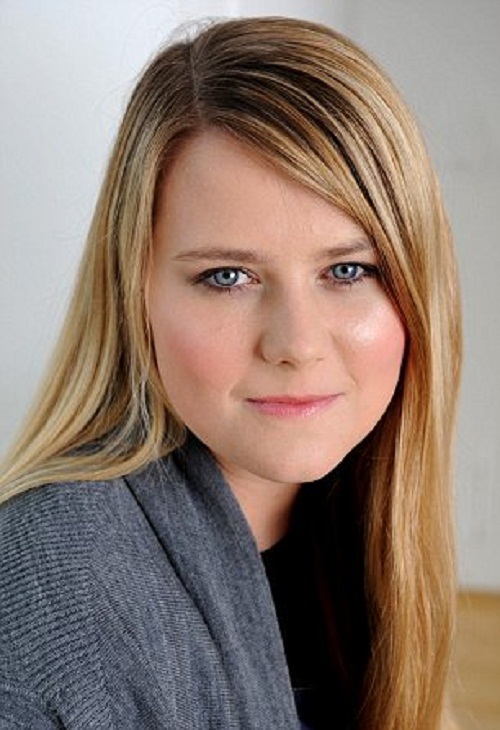 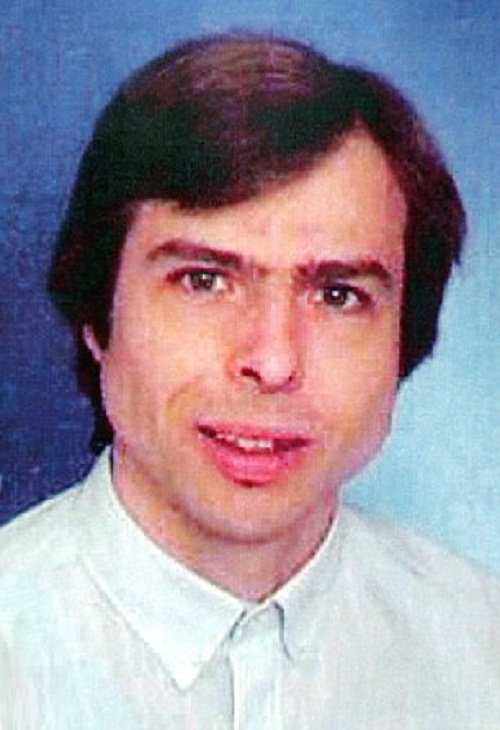 Natascha Kampusch, who escaped from Priklopil’s house in 2006, was widely believed to be suffering from Stockholm syndrome after repeatedly sympathizing with her captor. ‘I feel more and more sorry for him – he’s a poor soul,’ she told a documentary, and after he threw himself in front of a train she said, ‘I mourn for him in a certain way.’ Kidnap victims who have given birth to their captors’ children include Jaycee Lee Dugard, who was held by Phillip Garrido for 18 years, and Elizabeth Fritzl, kept in a basement and repeatedly raped by her own father.

Jaycee Lee Dugard. Ms Dugard’s case is perhaps the most extreme of all – she was missing for 18 years after being kidnapped aged 11, and bore two daughters to her captor. The girl was abducted on her way to school as she walked to a bus stop from her home in South Lake Tahoe, California in June 1991. Phillip Garrido pulled up alongside her in a car, attacked her with a stun gun and drove her away – despite being pursued by Jaycee Lee’s stepfather, who witnessed the abduction. Despite a high-profile campaign to rescue the schoolgirl, police and searchers found no trace of her for nearly two decades.

Garrido and his wife Nancy imprisoned her at their house 150 miles from her home, and he would repeatedly rape the girl, leading her to birth to two daughters. His crimes did not come to light until August 2009, when he took Jaycee Lee’s two children to a meeting at the University of California, Berkeley, where he aroused suspicion with his unstable behavior. 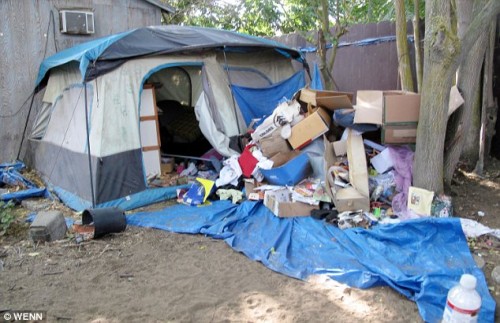 She was forced to live in the back yard of Garrido’s home, in a squalid tent surrounded by piles of trash, with an eight-foot fence erected around the yard to stop any escape attempts. The Garridos were both convicted of kidnapping and rape – Phillip was sentenced to 431 years in prison, and Nancy received a sentence of 36 years to life. 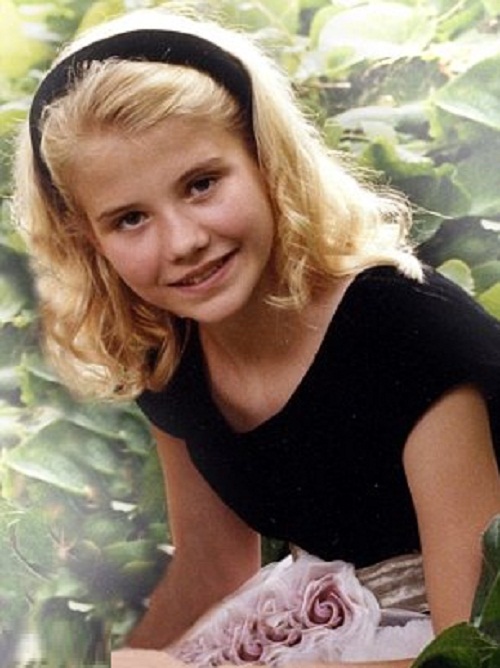 Elizabeth Smart. She was taken from her bedroom in Salt Lake City, Utah in June 2002, aged 14 – the abduction was witnessed by her sister Mary Katherine, who shared the room. Her kidnapper was Brian David Mitchell, who worked for the family doing odd jobs and called himself ‘Emmanuel’. He took Elizabeth to her home in the town of Sandy, where he and his wife Wanda Barzee tormented their victim. 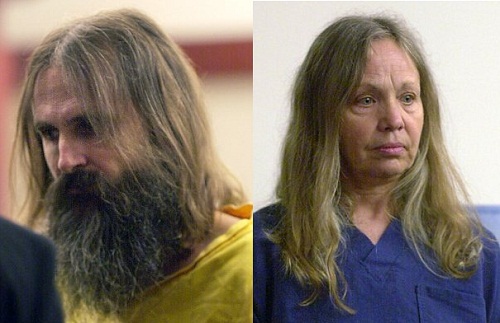 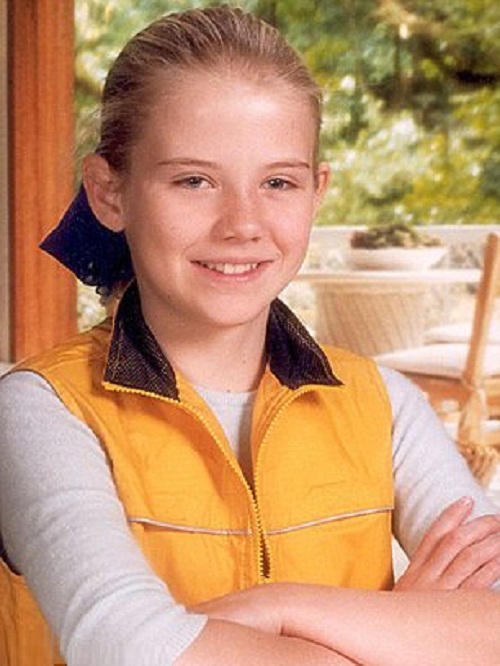 Elizabeth Smart, has revealed how many rape victims are reluctant to escape their captors 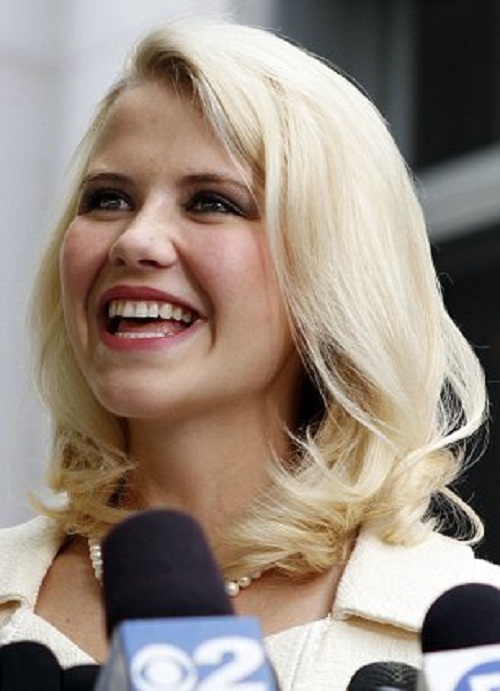 Thanks to Mary Katherine’s testimony, Mitchell emerged as a leading suspect in the case, and when he and his wife were spotted in March 2003 with Elizabeth, dressed in a grey wig, sunglasses and veil, the schoolgirl Elizabeth Smart was rescued and returned to her parents. 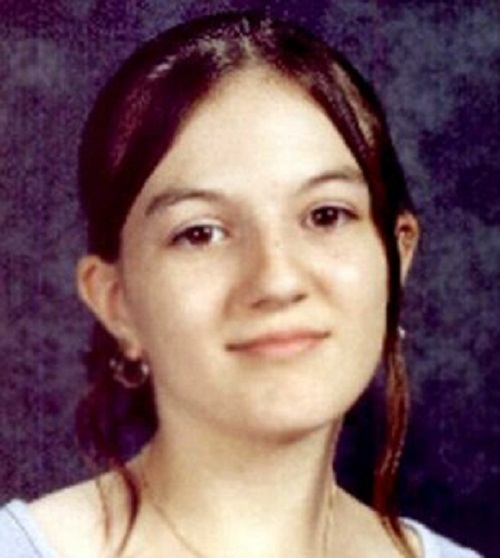 Danielle Crame was discovered in June 2007 after being missing for almost a year, was another kidnap victim whose story had a happy ending. Adam Gault and Ann Murphy hid her at their home in West Bloomfield, Connecticut after she ran away from her family. She was found locked in a small space under a staircase, but police later suggested that she could have plotted with her kidnappers.

Danielle, then 15, was found when an officer searching Gault’s home saw that he had a hidden door. Her captor, who had been in contact with the victim in the months before her kidnapping, apparently forced Danielle to star in home-made pornographic videos and made her change her appearance so she would not be recognized if she left the house. 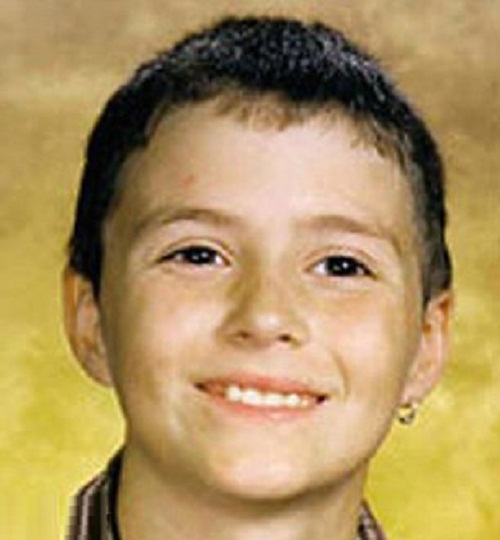 Shawn Hornbeck, from Richwoods, Missouri, was missing for more than four years, from October 2002 to January 2007. He was abducted aged 11 by pedophile Michael J. Devlin while riding his bicycle, and held at the kidnapper’s home nearby. Devlin tortured him until he agreed to do anything he asked, then used the boy for his own sexual pleasure over the following years. 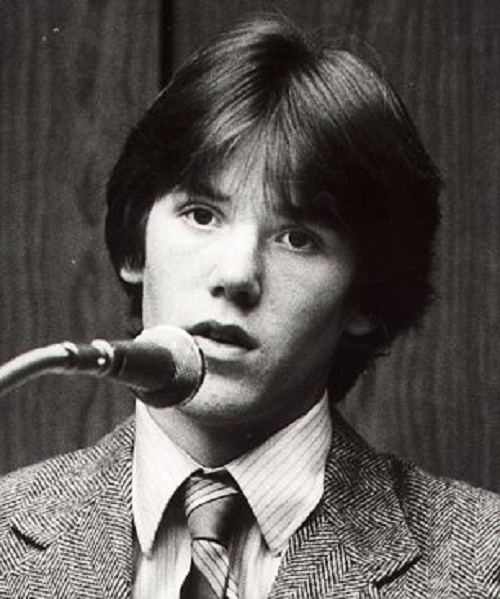 Steven Stayner was kidnapped in Merced, California at the age of seven in 1972 and found in March 1980. Kenneth Parnell pretended to be the boy’s father and enrolled him in school, but was secretly molesting him and convinced him he had been abandoned by his parents. When Steven escaped aged 14, he also managed to rescue another victim of Parnell, five-year-old Timmy White. 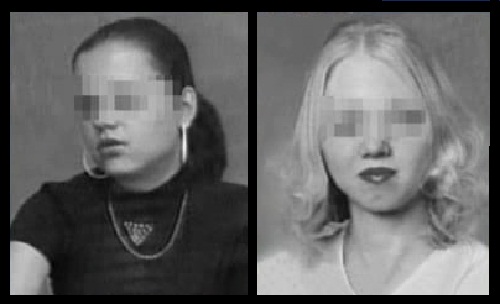 Victor Mokhov (born in 1950) is a Russian criminal who in 2000 kidnapped 2 girls, Katya Mamontova and Lena Samokhina, 14 and 17 years old, and kept them in a basement for almost 4 years. On September 30, 2000, fourteen-year-old schoolgirl Katya Mamontova and Lena Samokhina, a seventeen-year-old student, were returning from a disco in Ryazan. Mokhov offered to give them a ride. He kept the girls in the garage, that was the bunker. When the girls were uncooperative, he would starve them, keep them in the dark, beat them with a rubber hose, or spray tear gas in the room. When the girls would comply and have sex with him, he would treat them better. In particular, he bought them a television set, tape recorder, paints, and some books. 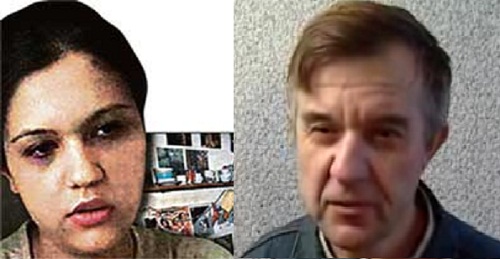 Victor Mokhov and his victim

On November 6, 2001, and again on June 6, 2003, Lena gave birth. In both cases Katya had to deliver the babies. Viktor took the children (both male) away from Lena (the first 2 months after birth; the second 4 months after birth) and left them at the entrances of multi-story apartment buildings. Both children are now in an orphanage. The girls spent a total of 3 years and 8 months in captivity. At the time of their liberation, Lena was 8 months pregnant. 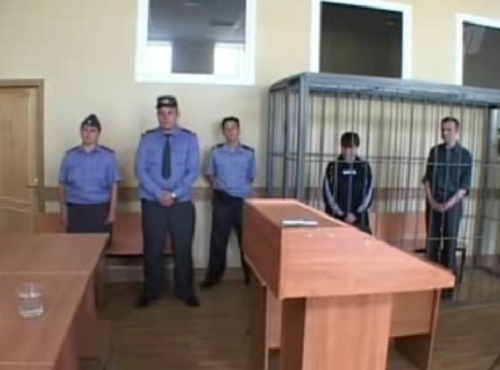