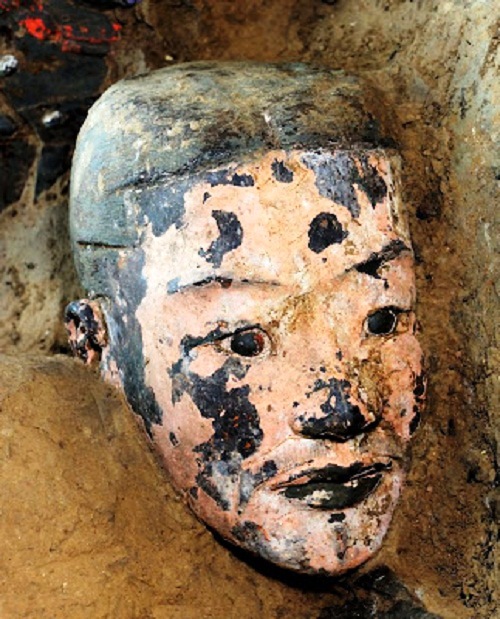 Terra Cotta Warriors greatest archaeological finds
Indeed, the unearthed new terracotta troops, as well as terracotta horses and chariots are the greatest archaeological finds. The taken on June 9, 2012 above photo shows the newly unearthed terracotta warrior painted with dyes. Current estimates are that in the three pits containing the Terracotta Army there were over 8,000 soldiers, 130 chariots with 520 horses and 150 cavalry horses. Noteworthy, the majority of them – still buried in the pits near by Qin Shi Huang’s mausoleum. In addition, archaeologists found other terracotta non-military figures in other pits. in particular, the figures include officials, acrobats, strongmen and musicians. According to historian Sima Qian (145–90 BC), work on this mausoleum began in 246 BC, and the full construction later involved 700,000 workers. 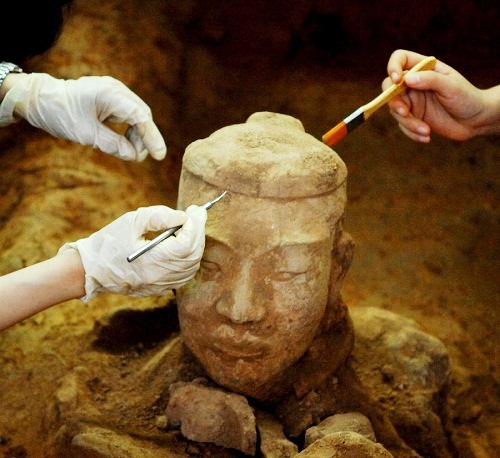 The head of a terracotta warrior

Terracotta army was one of the greatest archaeological finds of modern times. It was discovered in Lintong county, 35 km east of Xi’an, in 1974 by peasants who were digging a well. The first formal excavation of the site lasted for six years from 1978 to 1984 and produced 1,087 clay figures. A second excavation, in 1985, lasted a year and was cut short for technical reasons.

The discovery, listed as a world heritage site by UNESCO in December 1987, has turned Xi’an into one of China’s major tourist attractions. The figures vary in height according to their roles, with the tallest being the generals. The figures include warriors, chariots and horses. 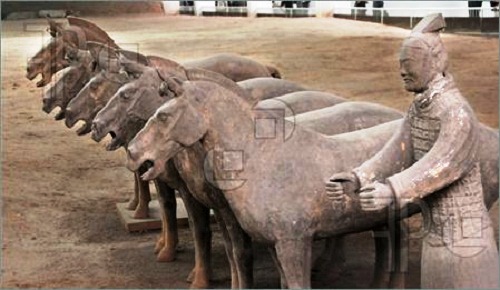 Conscripted labor also built a massive tomb near the modern city of Xi’an. Five huge armies of life-size Terra-cotta warriors and horses were arranged around the tomb to guard the emperor in death. The tomb itself has yet to be opened by Chinese archaeologists, who wish to perfect their techniques before attempting to excavate a structure that legend says contains a detailed model of heaven and earth, complete with jeweled skies and mercury lakes.

After the discovery of the Terra-cotta armies in the late 1970s, a huge museum complex has been opened to the public, where hundreds of thousands of visitors can view the excavated remains of China’s first great empire. 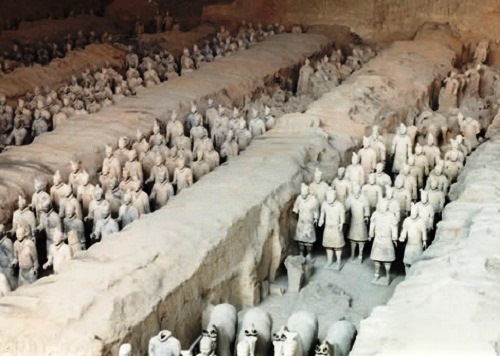 Current estimates are that in the three pits containing the Terracotta Army there were over 8,000 soldiers, 130 chariots with 520 horses and 150 cavalry horses 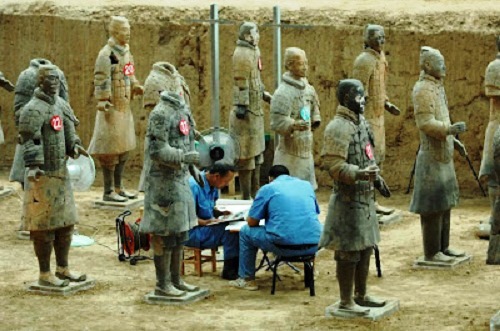 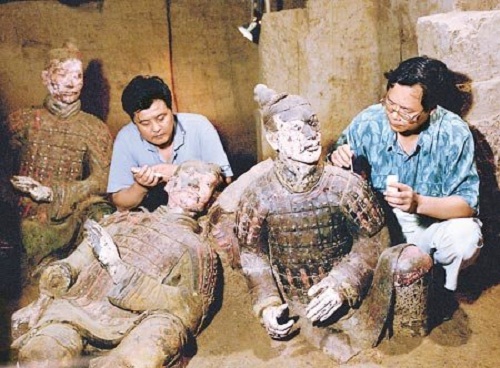 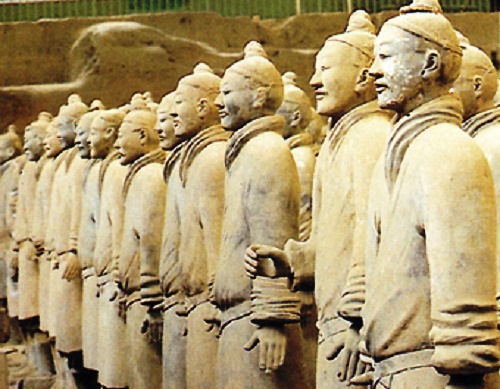 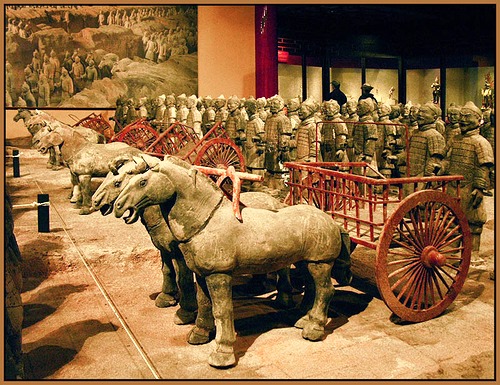 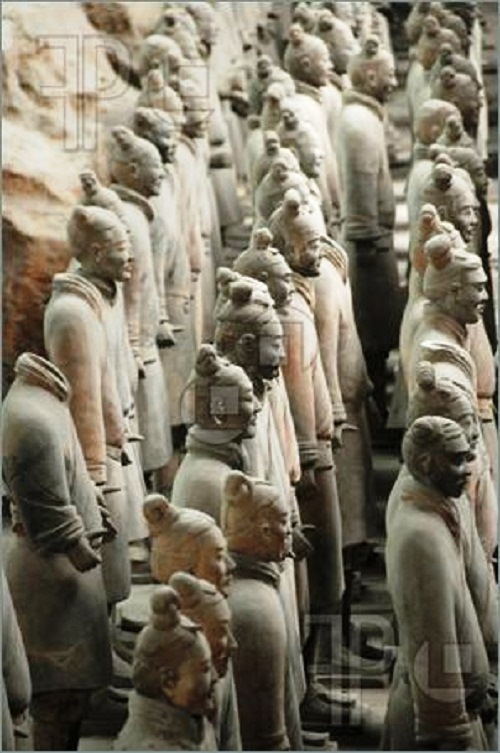 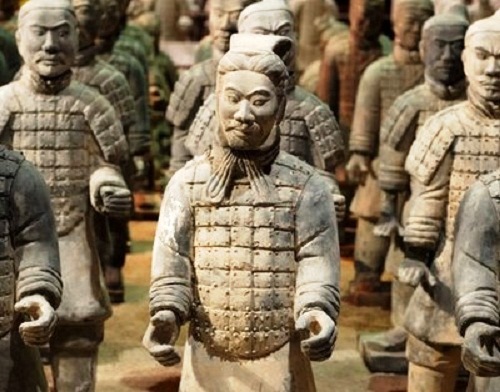 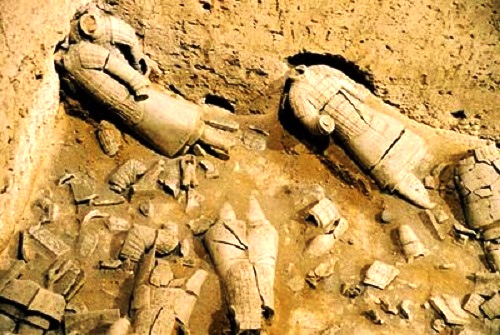 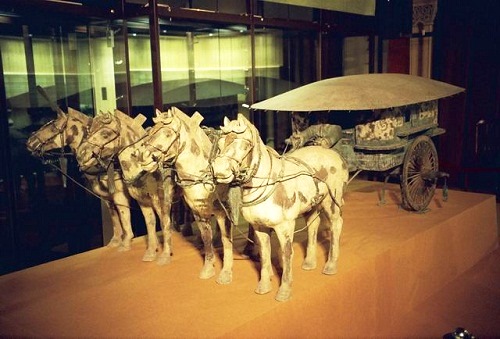 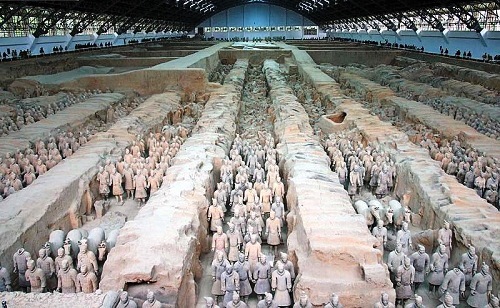 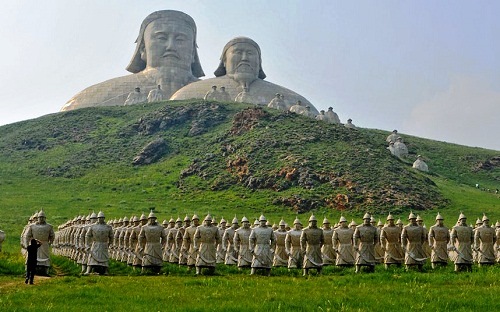 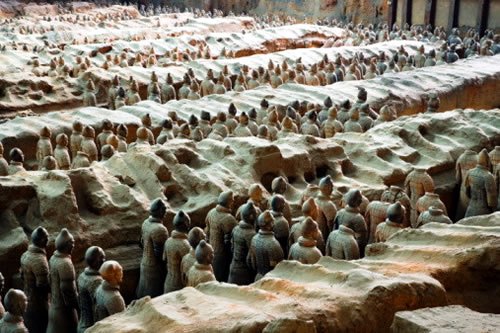 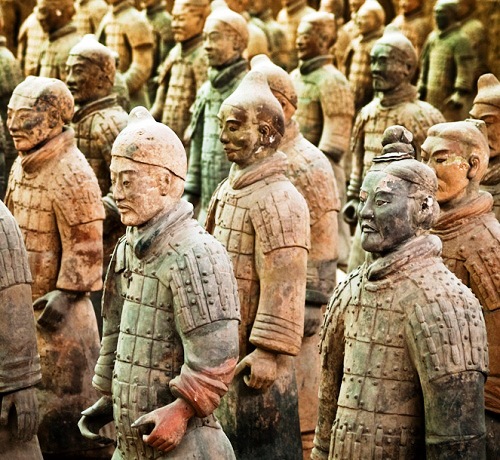 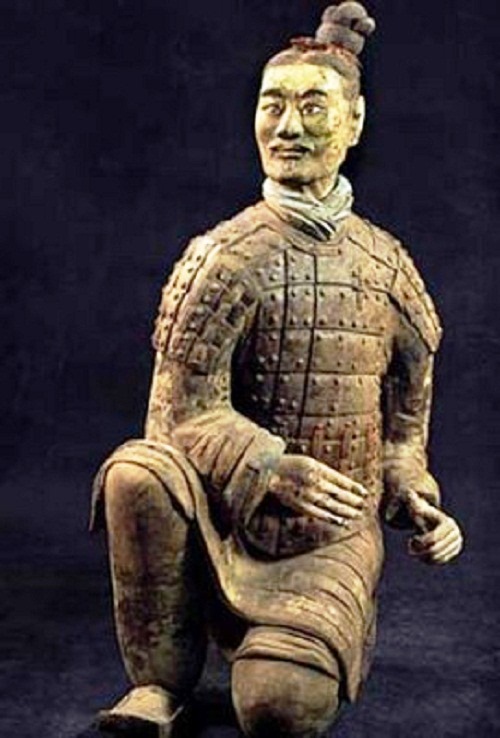 The sculpture of a warrior 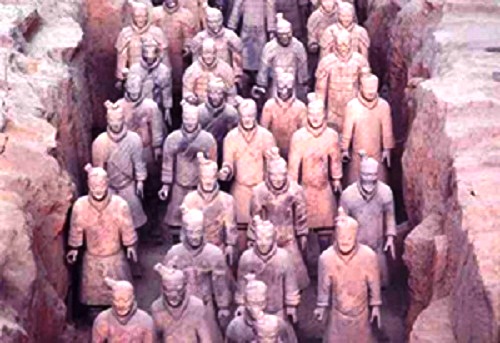 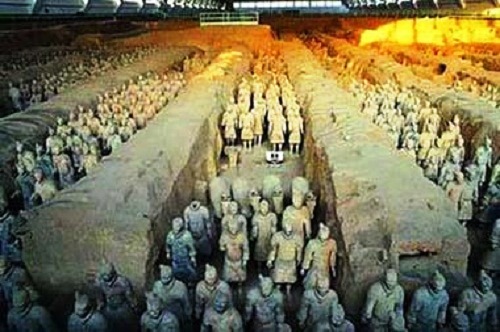 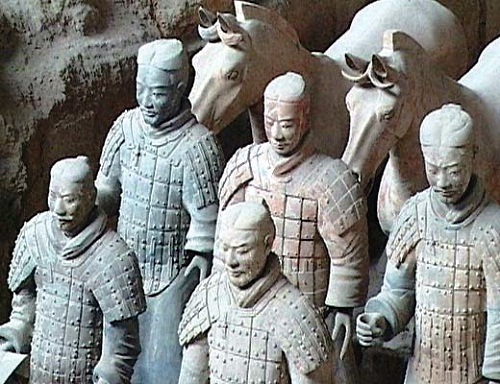 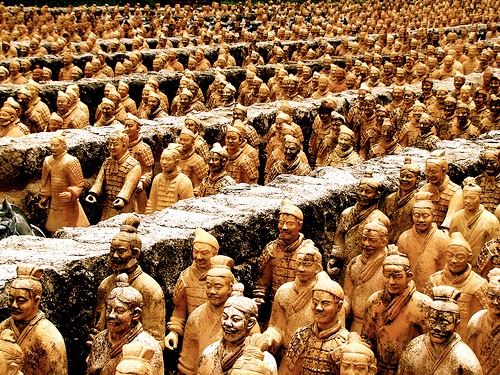 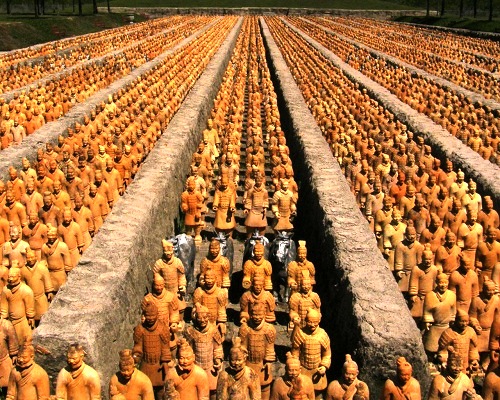 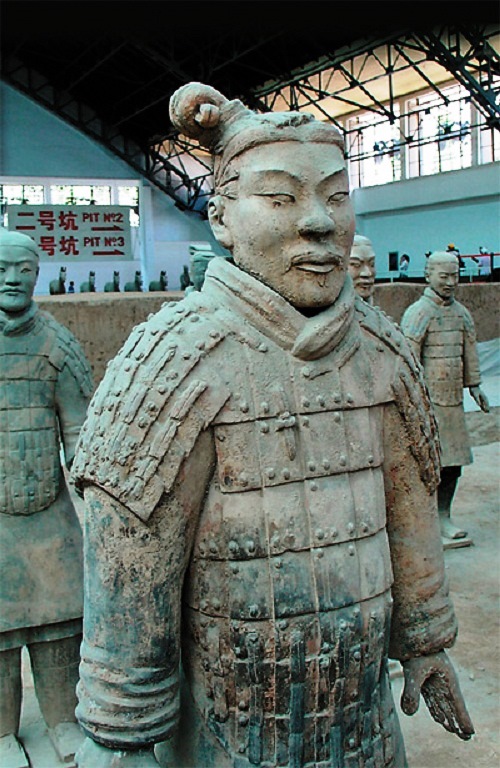 One of the warriors