Tribute to John Lennon
On December 8, John Lennon walked out of his New York house overlooking the Central park. It was going to be a busy day and so the legendary Beatle just didn’t pay attention to a young man who came out of the crowd to meet him. The man called out the singer’s name and raised his hand. The only thing Lennon saw in that split second before he died, was something that looked very much like a US Army Colt the man was holding in his hand. A moment later the bullet smashed Lennon against the wall. One of the greatest musicians of all time died on the spot without even realising what happened. His killer, the nondescript and mentally deranged Mark David Chapman, went down in history as one of the best- known assassins in living memory. John Lennon was an international celebrity because the Fab Four were – and remain – the world’s most astonishing rock-’n’-roll band. Lennon once said that the Beetles were more popular than Jesus Christ. The Beatles had become such a huge British export that they were give a royal award: the Member of the British Em¬pire, or M.B.E. The distinction caused an uproar with dozens of M.B.E. holders giving back their awards.

Music is everybody’s possession. It’s only
publishers who think that people own it

Born in Liverpool on October 9th 1940, John Lennon formed his first group when he was still at school. He certainly took more interest in music than he did in schoolwork. His report books are full of angry comments by his teachers. In 1956 he met Paul McCartney, and McCartney joined Lennon’s group, The Quarry Men. The two began to compose songs that drew people’s attention to them. But their first professional concerts were in Hamburg, Germany, and it was here that they perfected their sound. They had to play night after night, and by the end of their two years there, they had become an exciting band to watch. Lennon was always the rebel and made an impressive figure on stage.

When they moved back to Liverpool, they began to play at the Cavern Club, where all the new bands were playing. But their songs and professionalism set them apart. They acquired a manager, Brian Epstein, who gave them a new ‘clean’ image. He tried to get them a record company deal, but at first no one would take on them. Finally, it was a small label, Parlophone, who released ‘Love Me Do’, a Lennon-McCartney composition.

Their next single, ‘Please Please Me’ reached number one in March 1963. When the media focused on the new group, it soon became obvious that Lennon was not like other pop stars. His answers to reporters’ questions showed an unusual intelligence and wit. His character soon shone out: he always kept his rebellious streak, and hated pretension. He was never quite comfortable with the Beatles’ nice image.

In fact, it was Lennon who began to break away from this image, ans change the public perception of the Beatles. His remarks began to offend some people. His and McCartney’s music changed and became more psychedelic. The Beatles grew beards and long hair. They were no longer those clean-cut young men that even parents liked.

In 1966, Lennon met Japanese artist Yoko Ono. She was not beautiful in the glamorous way many of the Beatles’ followers were, but he fell in love with her. To his surprise, he found he loved listening to her views on art, and admired her independence. She brought something new to his life, and soon he found there was more he wanted to do on his own, or with Yoko, than he wanted to do with the Beatles. In 1968 he told the other Beatles of his decision to leave, although the real split did not come until 1971, when Paul McCartney also decided their partnership should end. Lennon married Yoko Ono in 1969.

Love is the answer, and you know that for sure

Of all the former Beatles, Lennon made the most promising start as a solo artist. In 1971 he recorded their song by which most people remember him, ‘Imagine’. But in 1975 he stopped making records. For a while he and Yoko separated, partly because of the problems he was having with drugs and alcohol, but eventually he settled down with her again in New York.

Lennon devoted himself to looking after their son, Sean – becoming a ‘house husband’ while Yoko was the ‘power wife’, going out to work. He also spent time trying to become an American citizen, something which was difficult because of his drugs convictions and unpopularity with the government.

But John and Yoko were together for good now, even looking forward to old age together. In 1980 he released a new album that celebrated their lives, Double Fantasy and it, and the single ‘Just like starting over’ seemed to signal a new, positive phase in both his private life and his musical career. But that came to its end too soon on the street outside his home in December 1980.

The more I see the less I know for sure

All you need is love 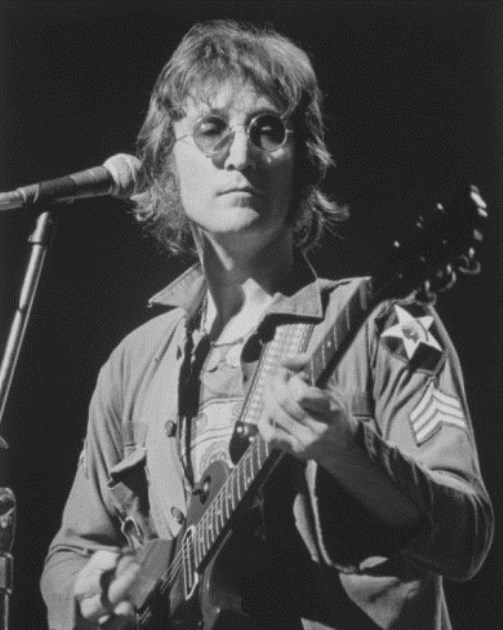 Reality leaves a lot to the imagination

We’ve got this gift of love, but love is like a precious plant 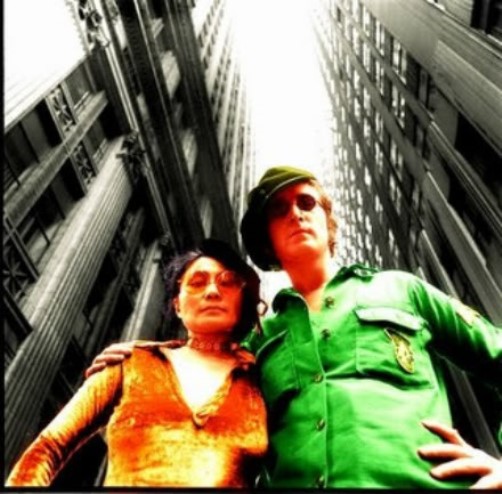 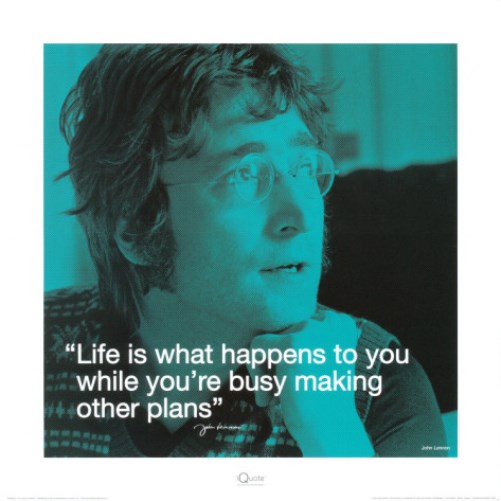 Life is what happens while you are busy making other plans 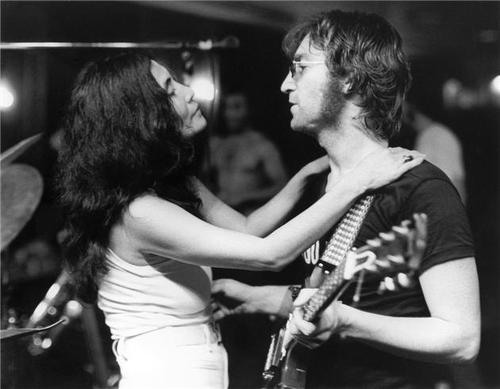 Love is a flower, you’ve got to let it grow 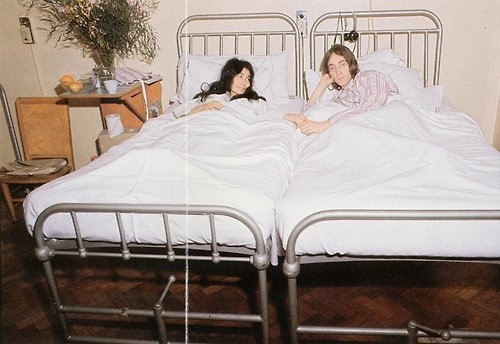 Surrealism had a great effect on me because then I realised that the imagery in my mind wasn’t insanity. Surrealism to me is reality 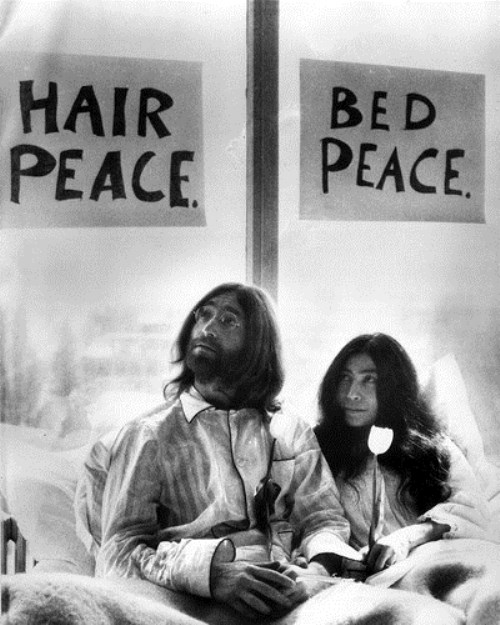 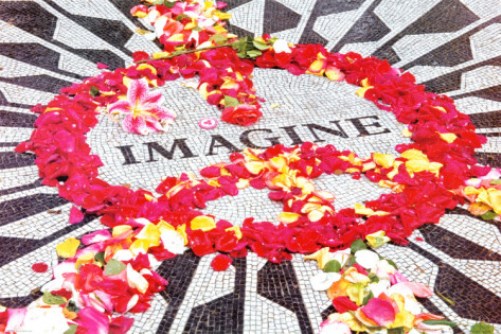 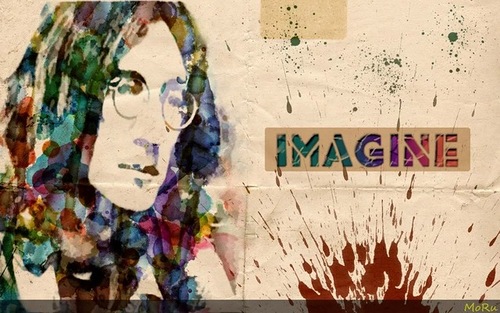 I don’t believe in killing whatever the reason

Surrealism to me is reality 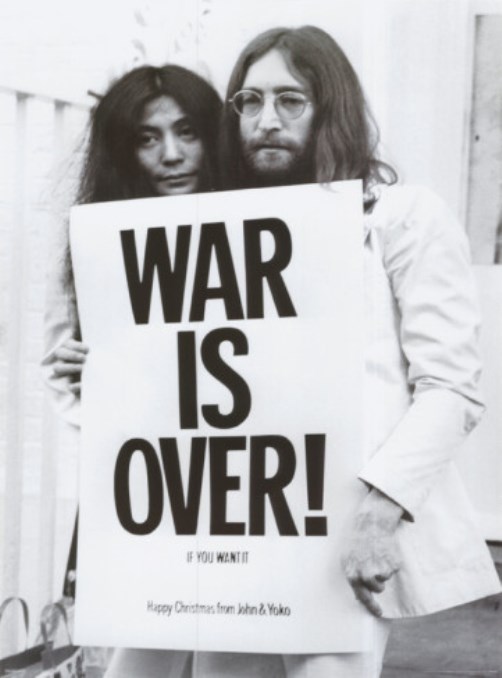 War is over if you want it

It’s all down to you, mate

If being an egomaniac means I believe in what I do and in my art or music, then in that respect you can call me that…

The imagery in my mind wasn’t insanity

My role in society – to express what I feel

What I live for…

Love and peace are eternal

I am just the channel

respect you can call me that