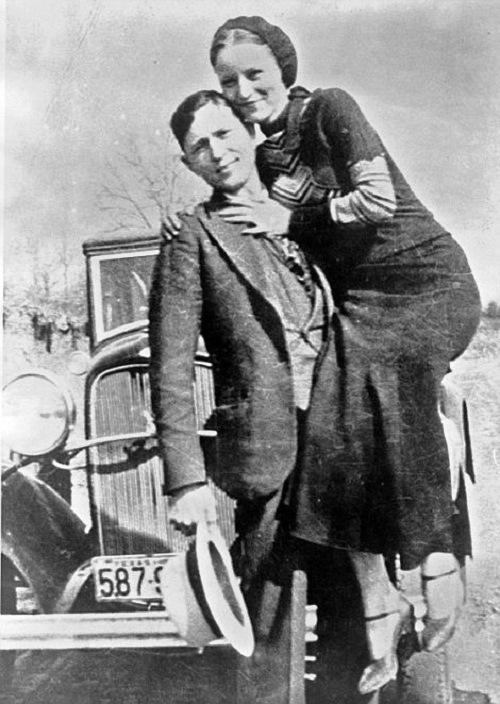 Bonnie and Clyde weapons sale creates auction furor
Well known, and even legendary outlaws in American history Bonnie Elizabeth Parker and Clyde Chestnut Barrow, for a period of two years (1932 -1934) committed a series of high-profile crimes. In particular, 13 murders, and countless bank robberies during the Great Depression. However, they actually captured the imagination of Americans with an image closer to Robin Hood rather than mass murderers. Finally, this infamous young gangster couple in love, ended bad – killed on May 23, 1934 on a rural road in Bienville Parish, Louisiana. And, the guns are now expected to attract sky-high bids on September 30 at RR Auction in Amherst, New Hampshire. A Colt .38-caliber revolver and .45 caliber pistol belonging to Bonnie and Clyde will be auctioned along with personal effects including Barrow’s gold watch, a letter from his brother and Parker’s cosmetic case.

Clyde Barrow’s 10 Karat gold 1925 Elgin pocket watch, found on his body the morning of his death, is pictured in this undated handout photo obtained by Reuters July 13, 2012. The item is among several belonging to 1930s outlaws Bonnie and Clyde to go on auction by RR Auction September 30, 2012. 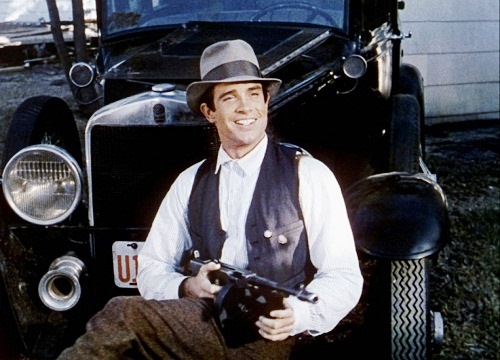 Despite their lowly deaths at the hands of Texas Rangers in 1934, Bonnie Parker and Clyde Barrow have enjoyed second lives within America’s popular imagination. Gunned down by Texas authorities after a murderous bank-robbing spree, Parker and Barrow occupied a dusty backroom of the national memory until 1967. Then a Warner Brothers feature film brought their tale of love, crime, and violence back to the nation’s attention. Written by David Newman and Robert Benton and directed by Arthur Penn, Bonnie and Clyde tells a historically based yet heavily stylized story. The story of romance and escalating violence that announced the arrival of a ‘‘New American Cinema’’ obsessed with picaresque crime stories and realistic violence. A major box-office hit, the film and its sympathetic depiction of its outlaw protagonists struck a nerve on both sides of the ‘‘generation gap’’ of the late 1960s, moving some with its portrayal of strong, independent cultural rebels while infuriating others by romanticizing uncommonly vicious criminals.

Inspired by the success of John Toland’s book The Dillinger Days (1963), writers Newman and Benton distilled their screenplay from real-life events. In 1930, Bonnie Parker, a twenty-year-old unemployed waitress whose first husband had been jailed, fell in love with Clyde Barrow, a twenty-one-year-old, down-on-his-heels petty thief. In 1934, following Barrow’s parole from the Texas state penitentiary, Barrow and Parker and a growing number of accomplices set off on a peripatetic crime spree. Traveling around the countryside in a Ford V-8, the Barrow gang held up filling stations, dry-cleaners, grocery stores, and even banks in ten states in the Southwest and Midwest. In the process, they murdered—in a particularly wanton manner—between twelve and fifteen innocent people. Bonnie and Clyde’s bank robbing binge came to a violent end in May 1934, when a former Texas Ranger named Frank Hamer, along with three deputies, tricked the outlaws into a fatal ambush along a highway outside Arcadia, Louisiana. 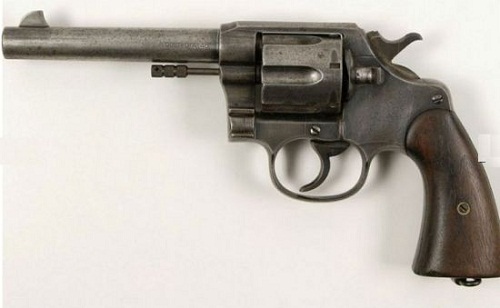 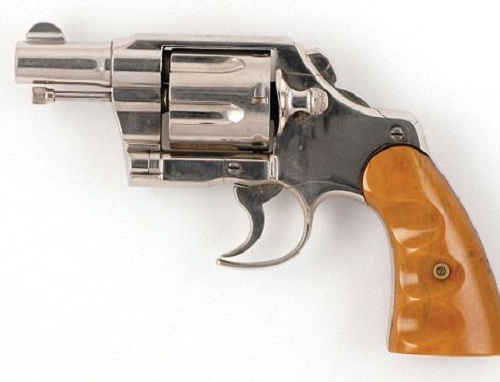 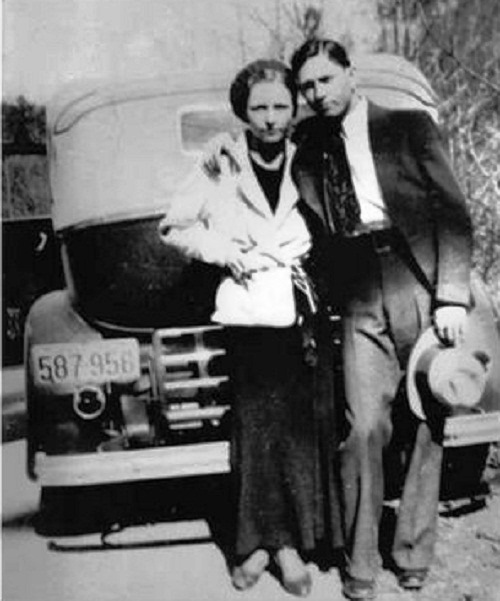 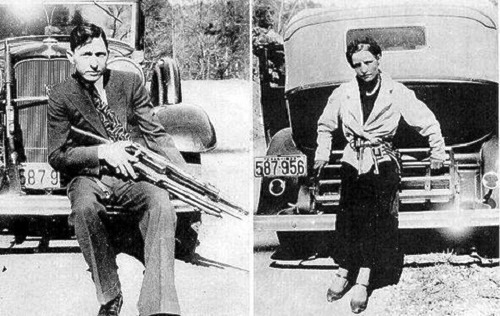 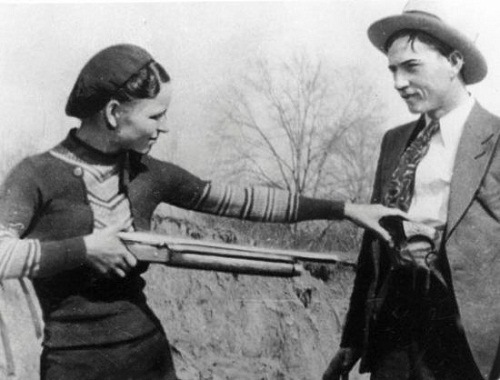 A couple in love – Bonnie and Clyde 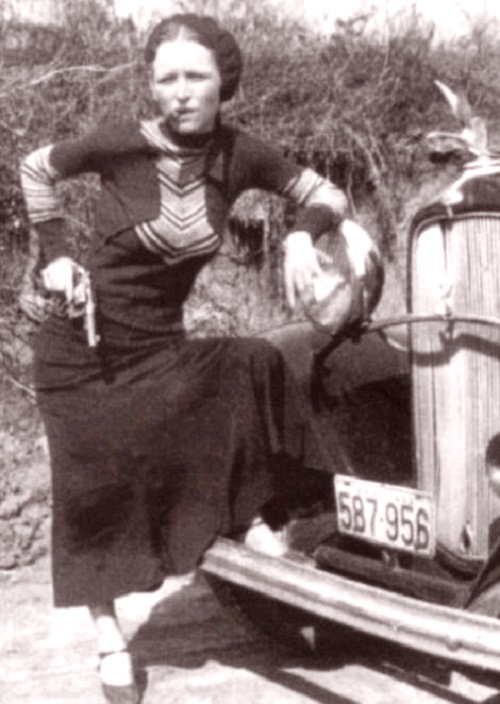 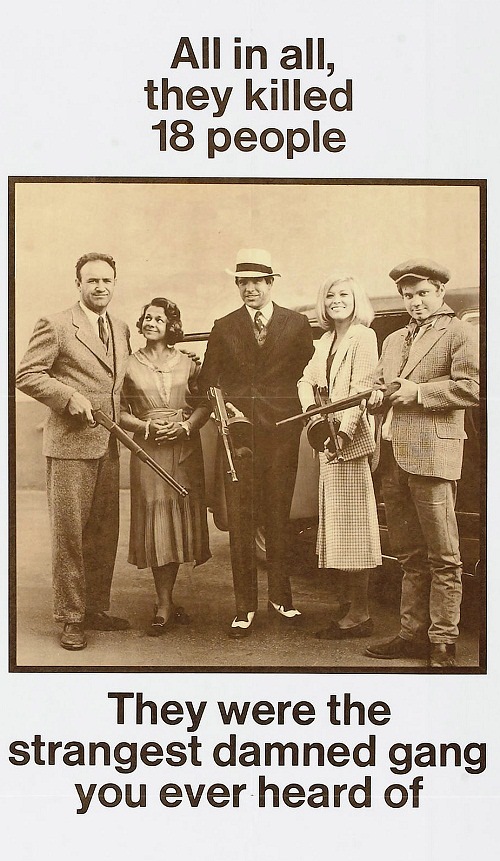 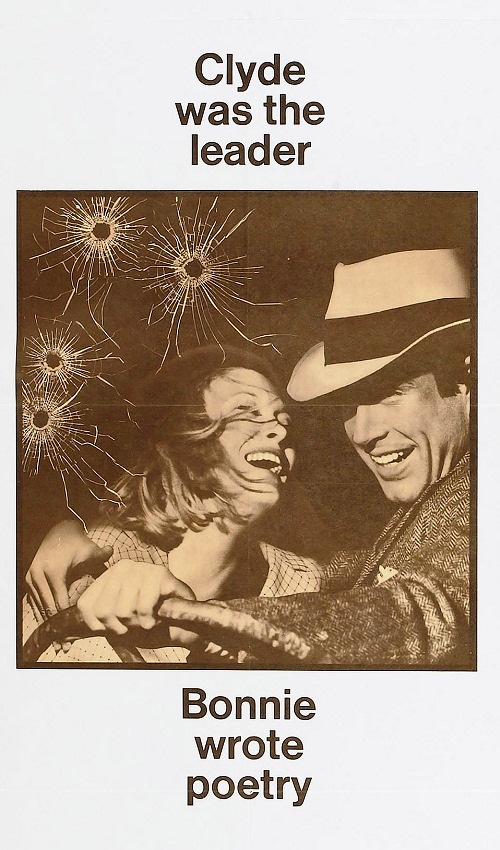 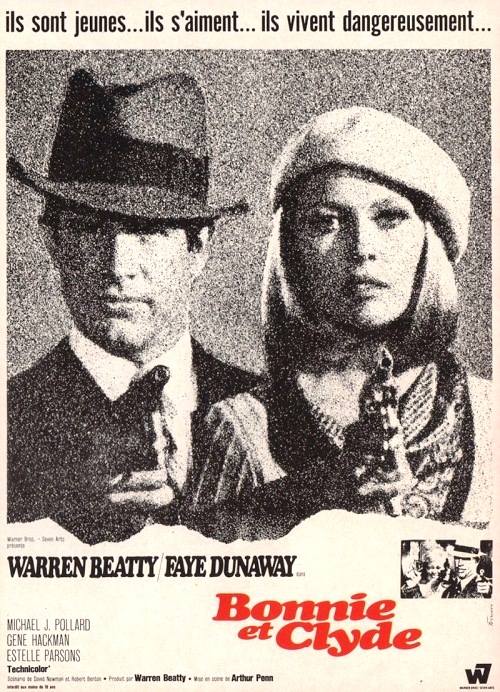 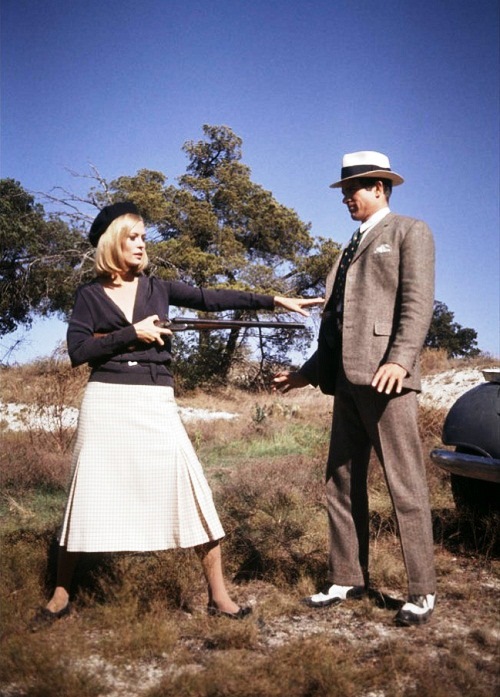 Scene from the movie Bonnie and Clyde 1967