Carving on coins as jewelry art

Carving on coins as jewelry art
Art carving on coins is a popular way of making coins as jewelry pieces – beautiful pendants. The authors of these works are not limited to simple drilling the holes in the coin, but go in their work further by using a jewelry jig (with different types of blades) to cut the protruding part of the coin. Most artists use an existing image on a coin, cutting the space around it, eventually getting an openwork pattern inside a circular frame. Others prefer to cut their own shapes. In the photos, all coins are shown in large size, so you can consider and evaluate all the details of the fine jewelry work. Many artists who make these ornaments, sell their work online on Etsy, eBay or their own personal websites, turning a single cent or penny into dollars or pounds.

In Celtic mythology, coins is a symbolic object. The Celts had no coinage before the Roman invasions; the means of their economic exchange is not entirely clear but seems to have been based on barter. Metal coins were a revolutionary invention; prior to the widespread acceptance of money, goods themselves had to be transported to market and goods gotten in exchange carried back. Early Roman-era coins show some Celtic designs, indicating that local craftspeople were finding ways to create appropriate coins. Ultimately, coins substituted for images of afflicted parts of the body in rituals at holy Wells; throwing coins in fountains is still superstitiously practiced today, the result of such offerings being a vaguely described “good luck.”

Carving on coins as jewelry art 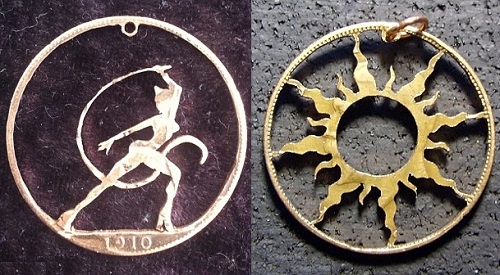 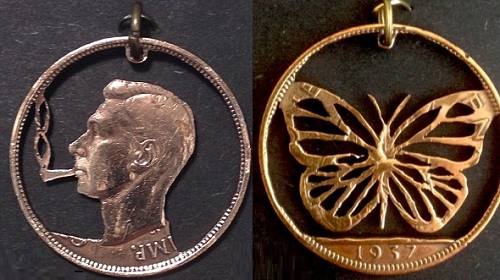 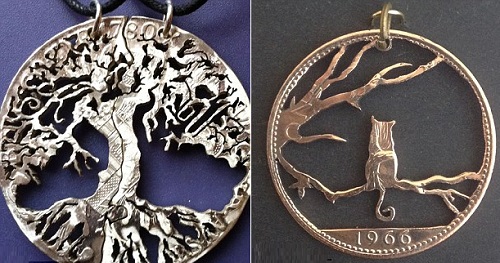 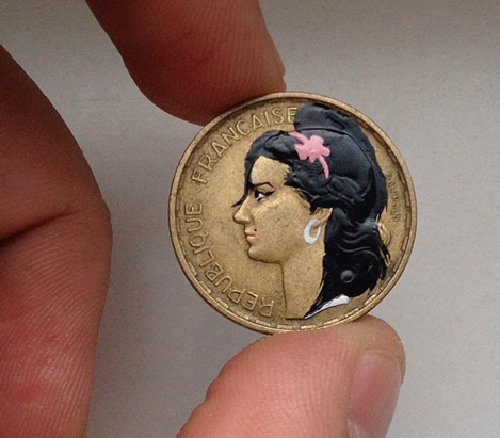 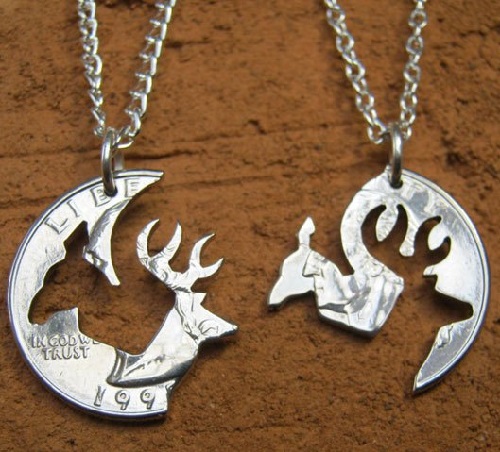 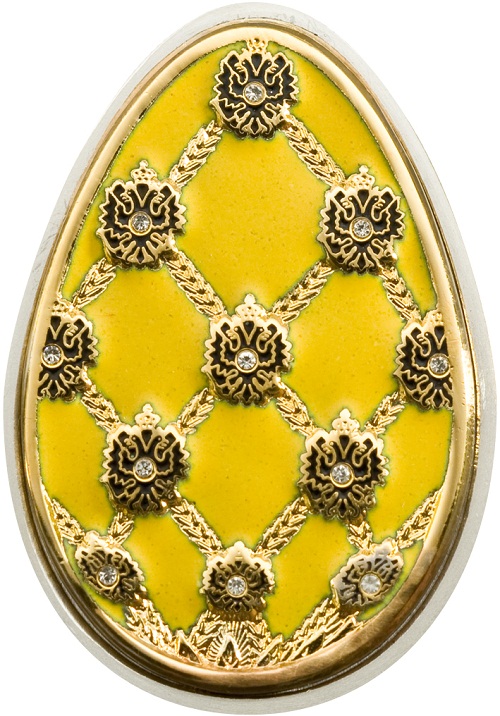 Series of coins dedicated to the Faberge eggs