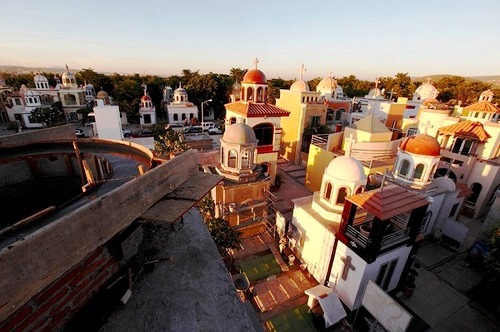 The cemetery which resembles an expensive city. Mausoleums of Mexican drug traffickers

Mausoleums of Mexican drug traffickers
Over the last 5 years in Mexico were killed five thousand members of the drug cartels. In the most powerful – Clan Sinaloa – about 500 people. This clan buries their people in mausoleums, the cost of which can reach hundreds of thousands dollars. Cemetery, the burial place of the Sinaloa mob, reminds an expensive city. For more than 10 years in Mexico continues unabated criminal and anti-criminal war. There are about 10 powerful cartels, and they are fighting with each other. And against them – police and army. And in recent years, mostly against the drug cartels are fighting the army special forces, as police are very corrupt and cowardly. Starting in 2007, during the war of 45-50 thousand people were killed and around 25 thousand missing. 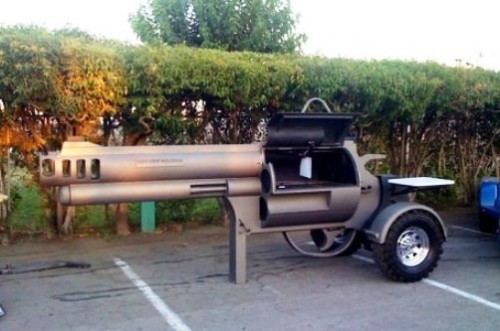 Since the early 2000s, the leadership in drug business was moving from Colombia to Mexican cartels. Colombian left radical group FARC (20 years ago it controlled 80% of the cocaine in the U.S. is now 20%), the United States thus strengthened the Mexican drug cartels. And Mexicans now control the supply to America not only cocaine, but marijuana, heroin and synthetic drugs. 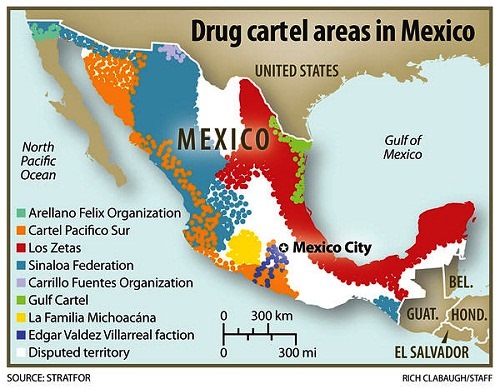 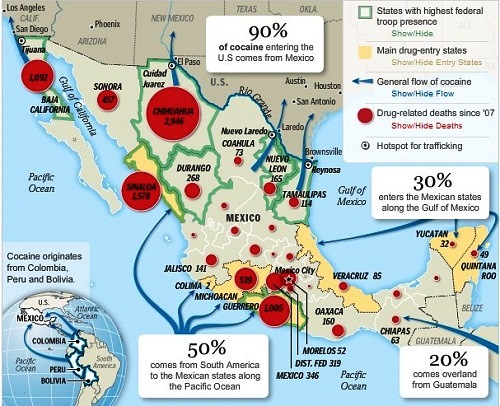 Map of Mexico, controlled by some drug cartel

The rise of Mexican drug traffickers began with Amado Carrillo Fuentes in 1989, watching the weakening of Colombians, offered to give the Mexicans as a payment in lieu of money from 30 to 50% of the cocaine trafficked to the United States. After the collapse of the Colombian drug cartels, Amado Carrillo began to purchase cocaine directly from Colombian and Bolivian farmers. In addition, on his initiative, convened the Council of Heads of Mexican drug lords. At this meeting it was decided that the cartel Amado will deliver another cocaine cartel at wholesale prices without fraud in exchange for a cessation of internal wars. During this period, the total revenue from the sale of Mexican cocaine gangs was about $ 32 billion per year, in that Mexican state revenues from oil sales do not exceed 8 billion. 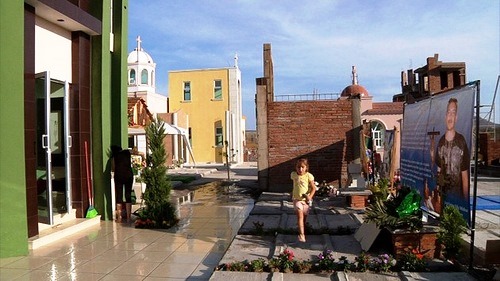 In 2012, the income of the Mexican drug cartels reached 60-80 billion dollars 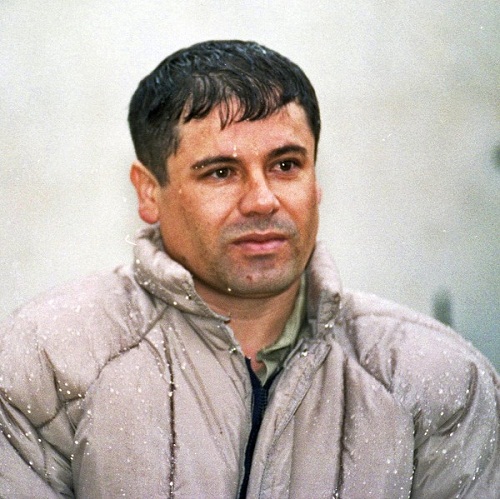 Today’s most powerful drug cartel is headed by the Sinaloa drug lord Joaquin Guzman (nicknamed El Chapo – “Shorty”). The cartel controls 16 Mexican states of the 31st. In their possession about two thousand fighters. During the “war of all against all” in Sinaloa clan killed about 500 fighters. “El Chapo” Guzman‘s personal fortune is estimated at 10.5 billion dollars. More than 5 years, he is wanted, for his head offered a reward of $ 5 million). 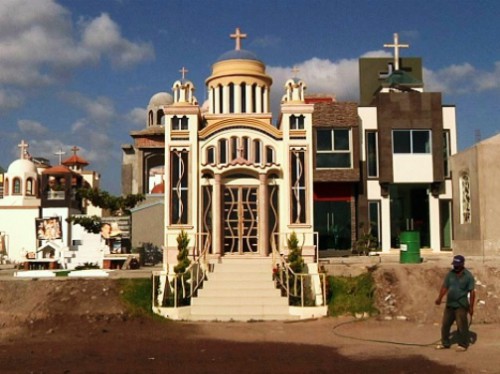 Cartel dead members are buried in Culiacan, the center of Sinaloa. A common practice is to conduct a fighter on his last journey, not only with honors, and to perpetuate his memory as a mausoleum (tomb). The modest mausoleum cost 20-30 thousand dollars for ordinary fighters, and 300-500 thousand for the top members of drug cartel. 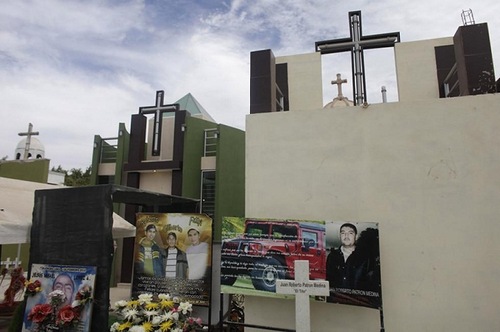 Memorial plates with the images of Mexican drug traffickers

At the cemetery, there are recreation areas for children, restaurants, and themselves, mausoleums are equipped with the latest technology: air-conditioning, lighting and stereo and video systems. Typically, the interior and design of mausoleums base on addictions and interests of a cartel member: did he play in the casino, shoot a gun, dance or drive a car. 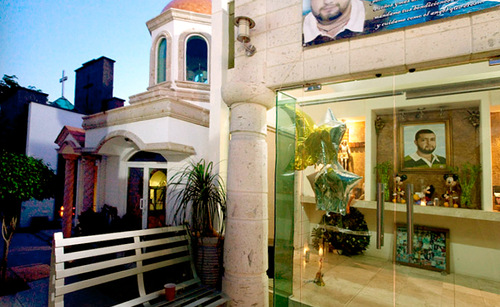 A work of an architect, a designer and an artist. Cemetery in the town of Culiacan 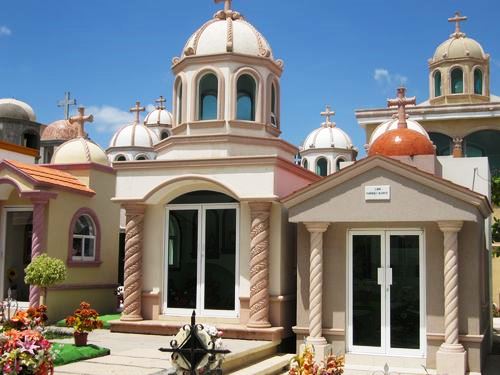 Side by side stand the mausoleums in the town of Culiacan 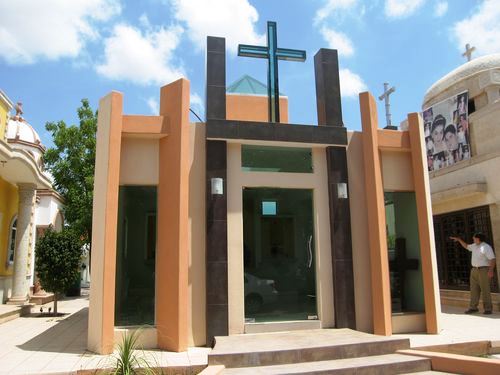 The buildings at the cemetery in the town of Culiacan 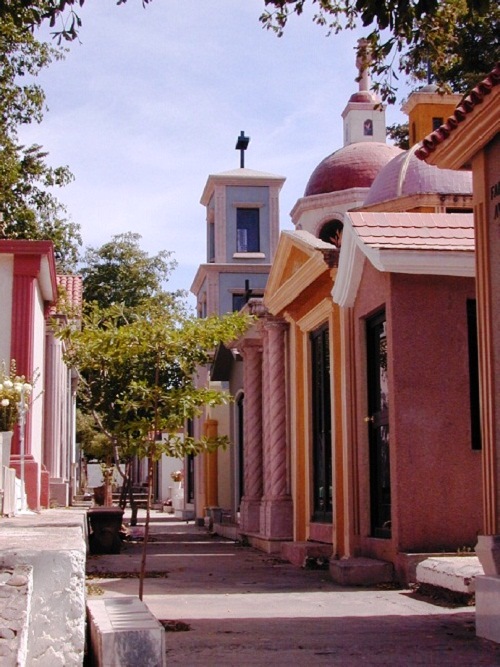 Cemetery district in the town of Culiacan 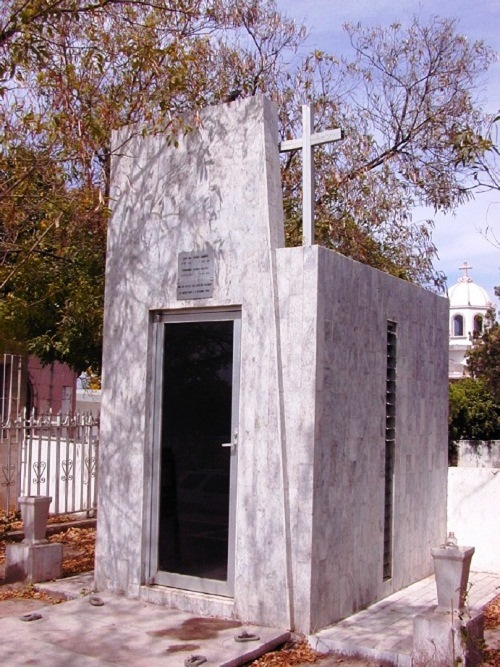 Cemetery in the town of Culiacan 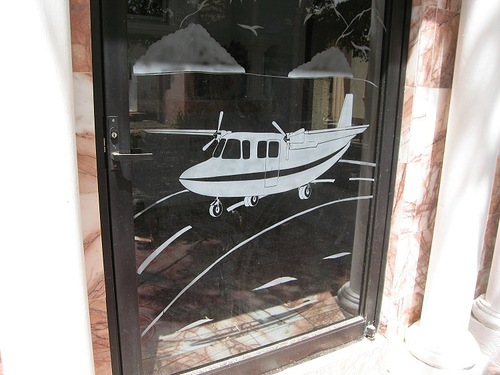 According to the picture of a plane, it was the main hobby of a buried here cartel member 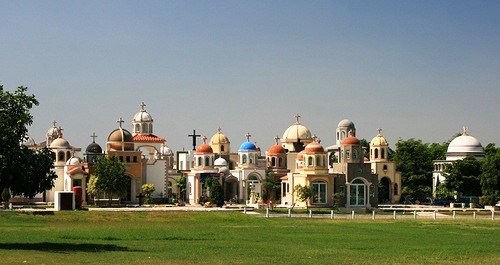 Rich cemetery of cartel members in the town of Culiacan

Map of Mexico, controlled by some drug cartel 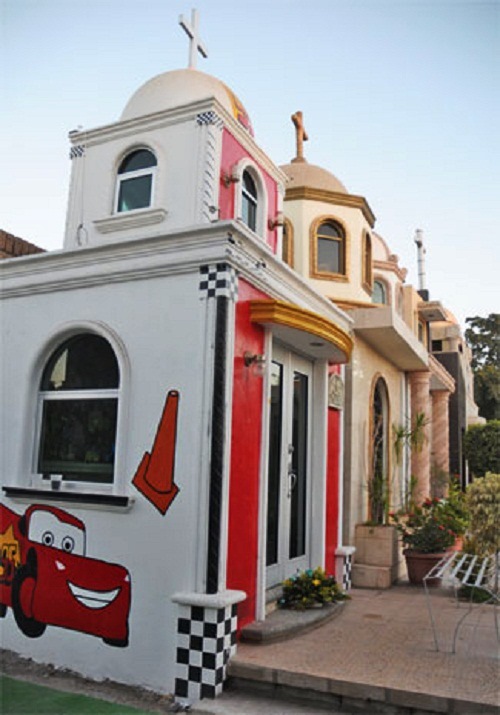 Detail of Cemetery in Culiacan 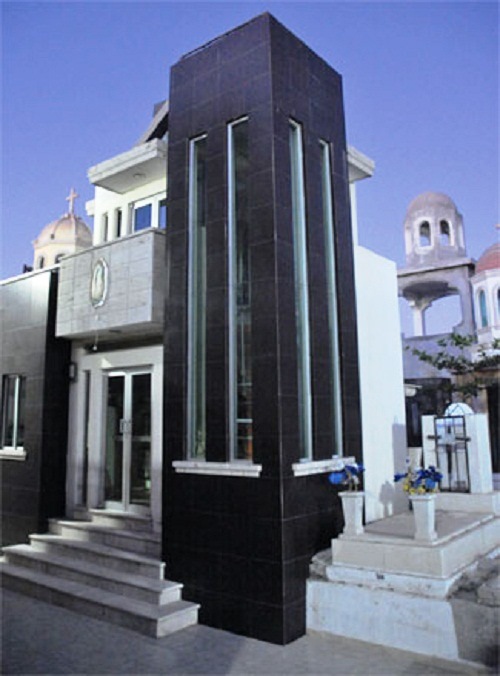 The Culiacan cemetery Mausoleums – a work of architects, designers and artists 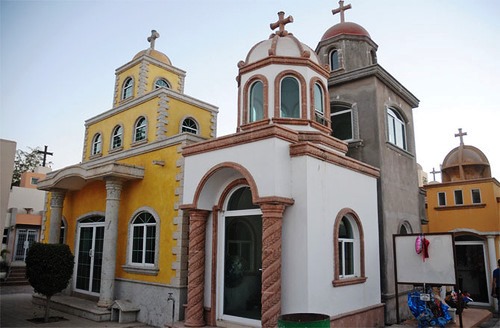 The architecture of mausoleums in the town of Culiacan 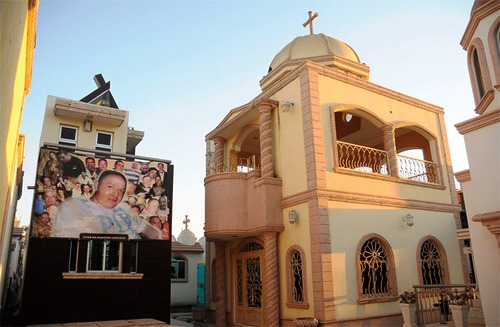 The picture of a cartel member tells about his interests while he was alive. Cemetery in the town of Culiacan 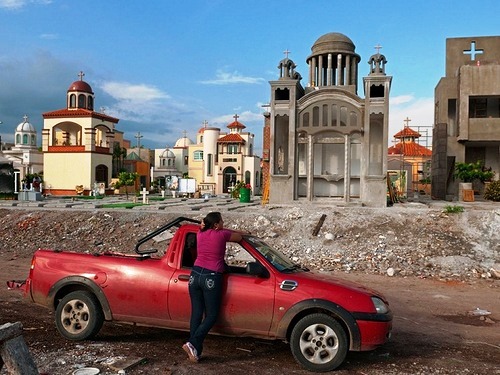 Seems like the dead have better conditions than the living. Culiacan cemetery