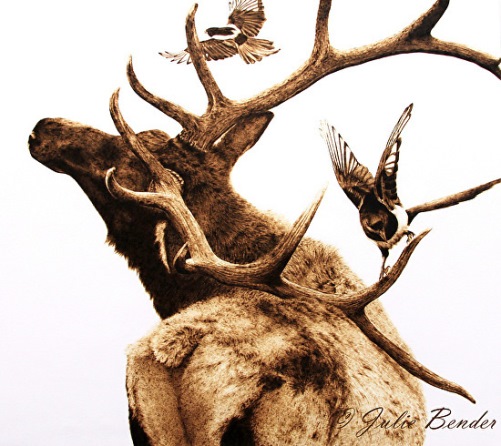 Pyrography art by Julie Bender
Inspired by nature and wildlife, American artist Julie Bender etches illustrations of various animals by burning the images into the wood. Meanwhile, people have known Pyrography since the times of ancient Egypt. According to Julie Bender, Pyrography art is her passion. And the main motifs of her art – detailed wood and paper-burned wildlife, avian, equine and sporting dog portraiture. Julie Bender lives in Loveland, Colorado.
Born in St. Louis, Missouri, Julie Bender grew up with a fascination for drawing animals and nature and has remained on that course all her life. After graduating with a BFA from the University of Missouri, Columbia in 1980, her career took off as a computer artist. And later she was a project manager at web and software development firms until mid-2012. 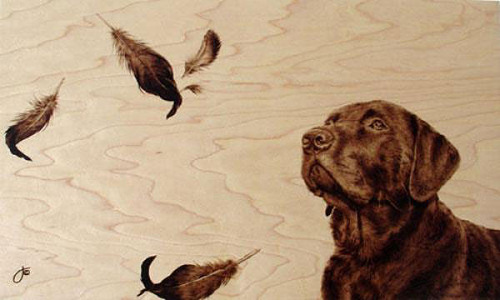 In 2002, when her beloved Vizsla died at the relatively young age of nine, Bender found that the only way to ease her pain was by making some deeply personal gesture of gratitude. Having no previous knowledge of wood-burning, she bought a hobby-shop wood-burner, and using a photograph as a guide, set out to burn her dog’s portrait on a cherry wood urn. It was then that Bender found her life’s calling. 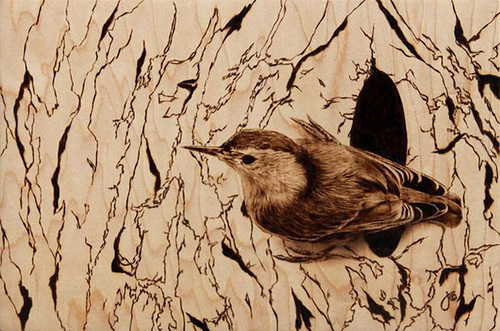 Bender’s passion for pyrography is matched by her accurate and artful portrayal of her animal subjects. The natural world is her source of continued inspiration. She frequents Colorado’s high country and forests for inspiration in pursuit of observing and gathering wildlife reference for her work. Julie Bender then thoughtfully composes each work into a scene that speaks to her heart.

Bender is an award-winning Signature member of the Society of Animal Artists. Multiple publications have featured articles on her art and process. Her work is recognized internationally by invitational exhibitions, in Leigh-Yawkey Woodson Art Museum’s permanent collection, exhibited in galleries and museums throughout the United States, and in public and private collections throughout the world. 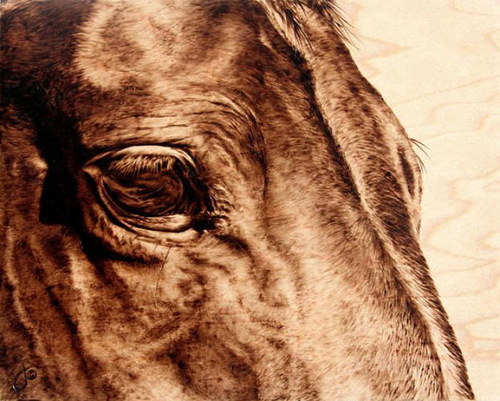 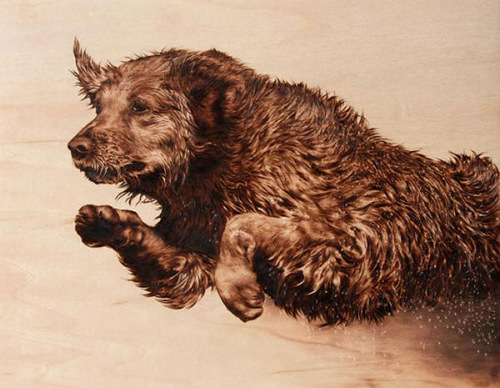 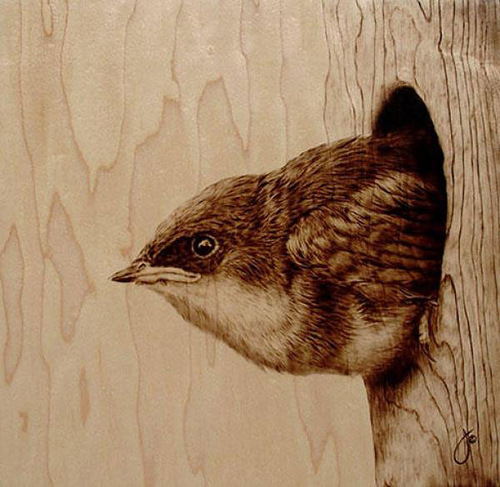 Out of place out of space 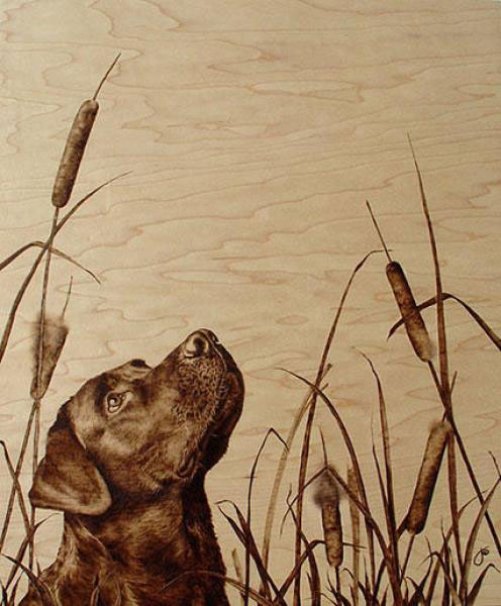 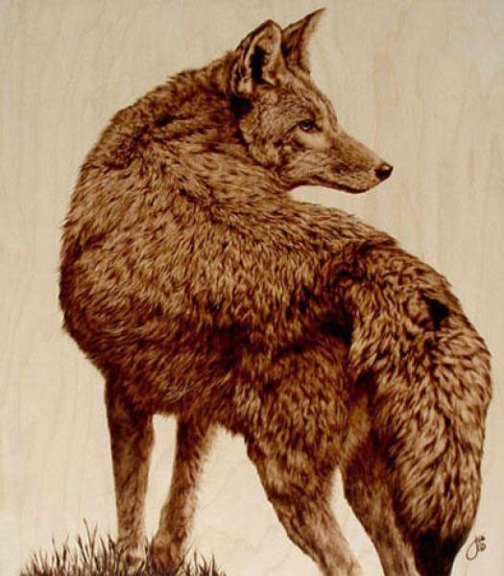 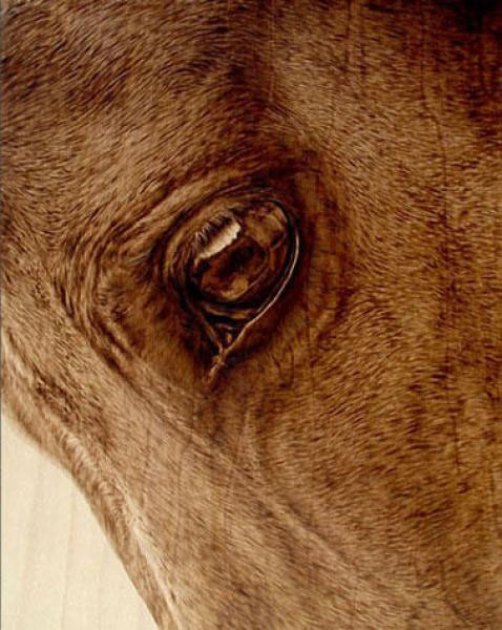 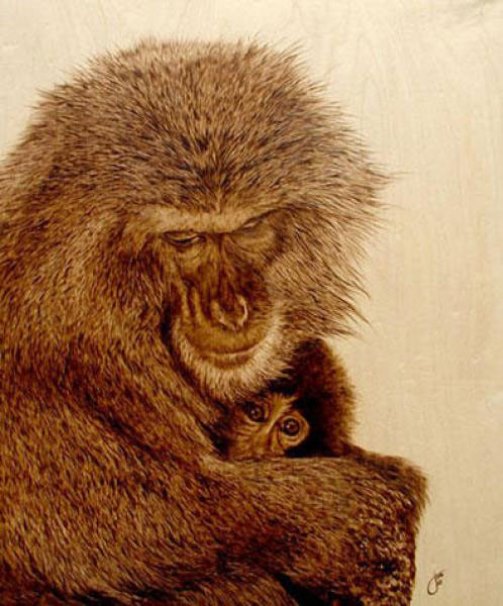 A monkey with her baby 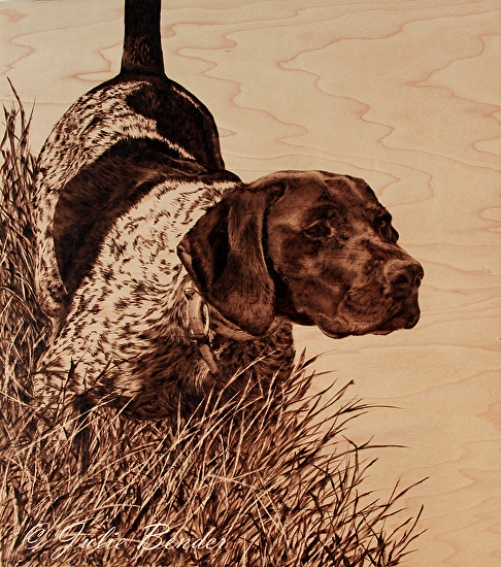 Above the Rest (German Shorthaired Pointer). Pyrography on Maple wood 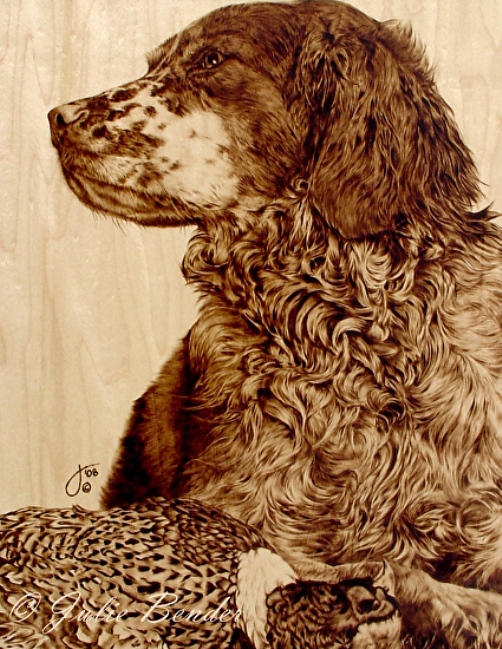 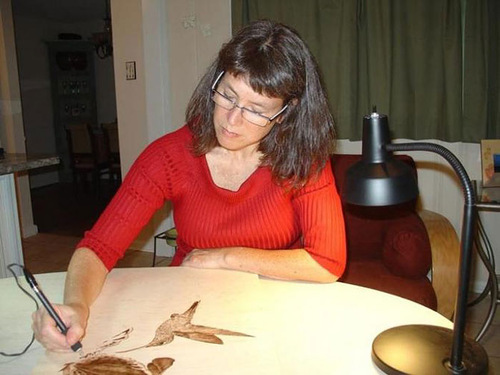