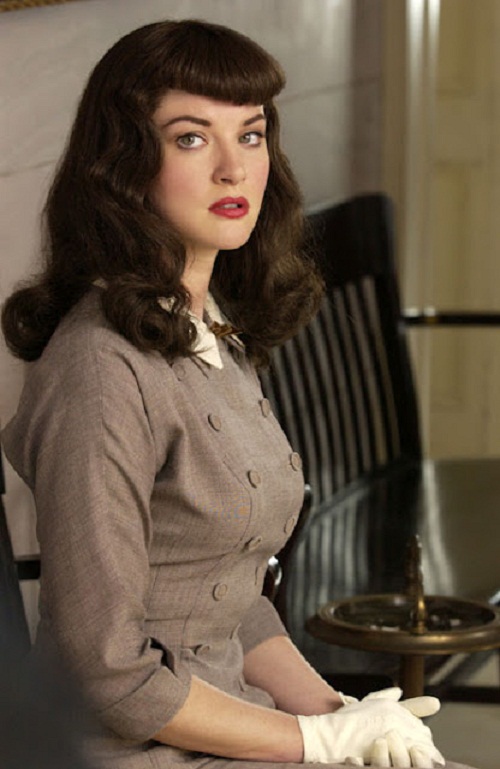 Queen of Pinups Bettie Page
Bettie Page’s life was filled with cult myth, mystery and sadness. The Girl with the Perfect Figure Betty Mae Page was born on April 22, 1923 in Nashville, Tennessee. Betty’s parents divorced when she was 10 years old. She had to take care of her sisters. During the year, she and her sisters lived in an orphanage until their mother had earned money to support the family. With the success of graduating from school, Betty went to college. She was going to be a teacher. But in the fall of 1940 Betty changed the decision and began to engage in acting school. In 1947, Bettie Page moved to New York. Here she was trying to become an actress, but it did not bring any results, and she works as a secretary. 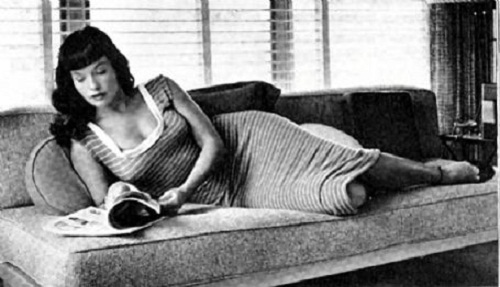 In 1950, Betty casually acquainted with Jerry Todd – the police who was fond of photography. He made the first portfolio in the style of pin-up for Betty.
The most famous magazines published her photographs of tha time. In the period from 1952 to 1957 Betty worked as a model in New York. In 1955 appeared the first famous photographs of her in the magazine «Playboy». The same year she won the title “Miss Pin-up United States.” She then starred in several movies.

In 1979, Bettie had a nervous breakdown. She was diagnosed with schizophrenia, after which she spent 20 months in a state mental hospital. Later she was under surveillance, and finally was released from the hospital in 1992. 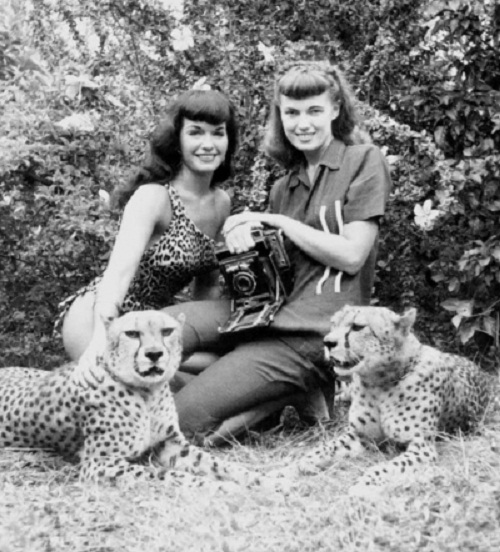 Her mysterious disappearance from the public eye only fueled the public’s fascination. In fact, for two decades no one was sure where she was or even if she was still alive. Bettie resurfaced in the 1990s after being tracked down for a documentary. She occasionally granted interviews and sold autographs, but refused to allow her picture to be taken in her old age.

In a 1993 telephone interview, she told a reporter that she was “penniless and infamous.” She later hired a law firm to help her recoup some of the profits being made with her likeness. Bettie spent her final years living in Los Angeles with her brother.

December 6, 2008 Bettie Page was hospitalized with a diagnosis of a heart attack in a clinic in Los Angeles, where she soon fell into a coma. Her family eventually agreed to discontinue life support, and she died at 18:41 PST on December 11, 2008.

In 2011, her estate made the Forbes annual list of top-earning dead celebrities, earning $6 million and tied with the estates of George Harrison and Andy Warhol, at 13th on the list. 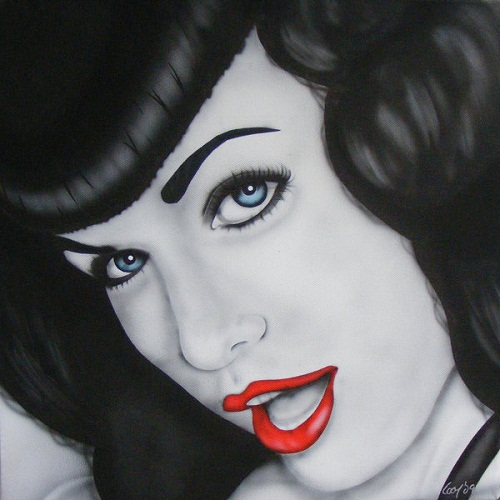 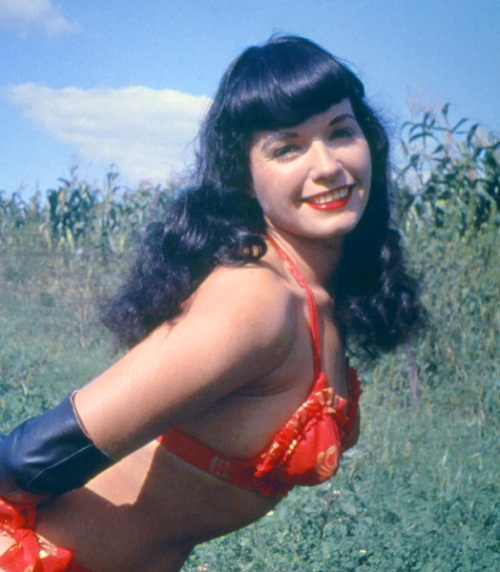 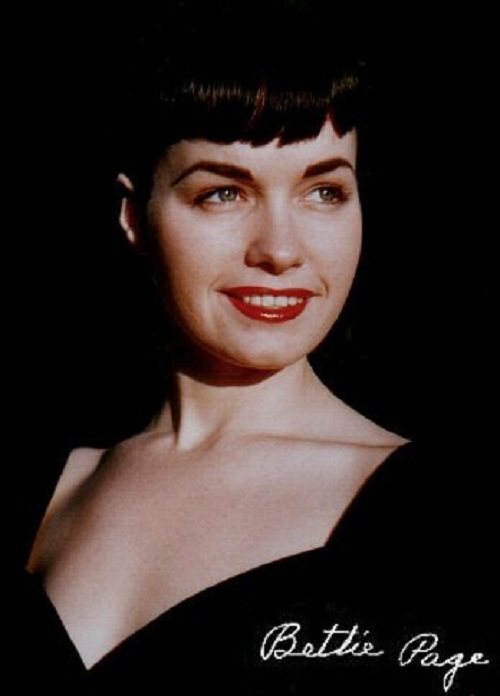 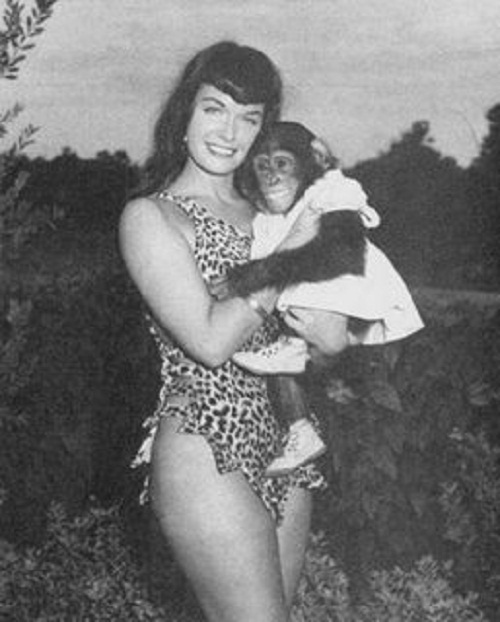 With a monkey, Bettie Page 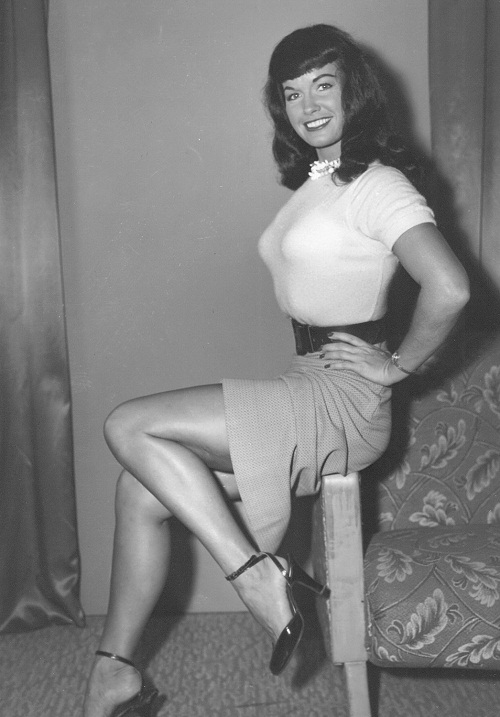 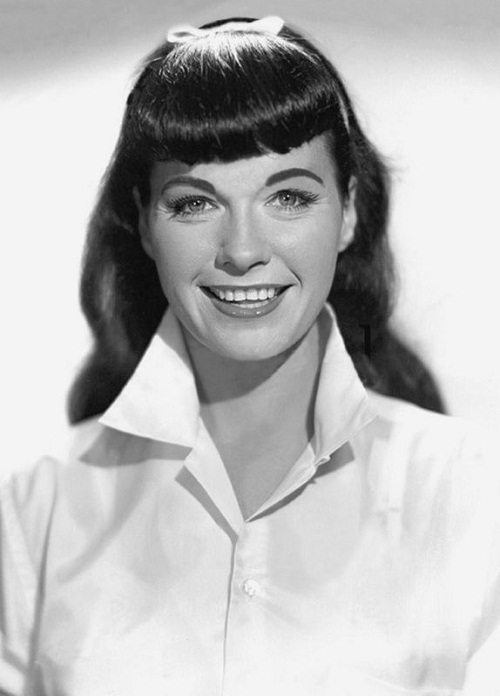 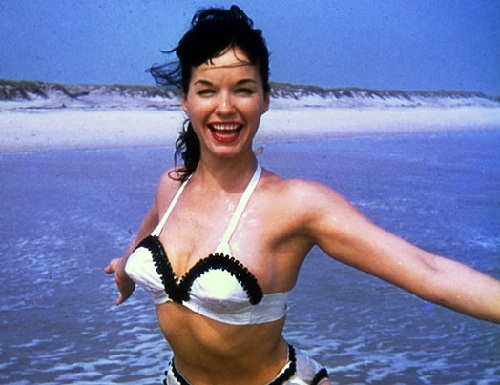 At the seaside, Bettie Page 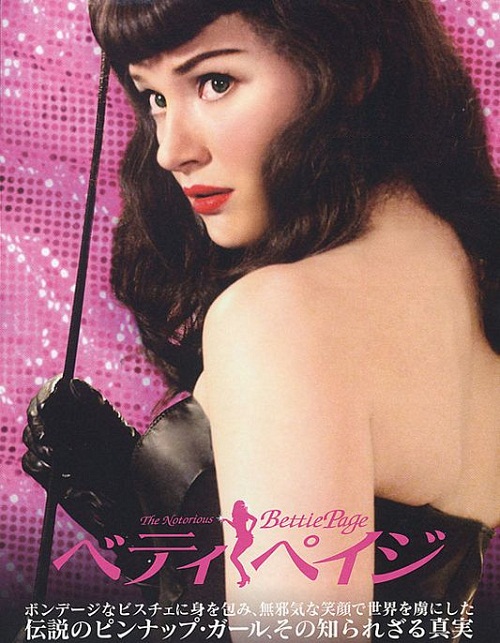 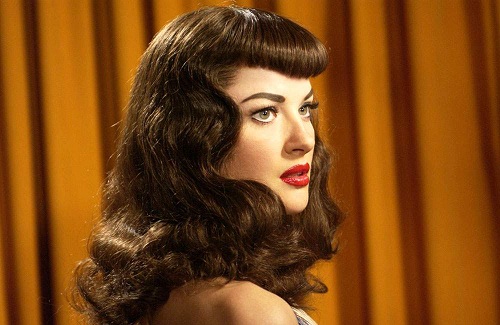 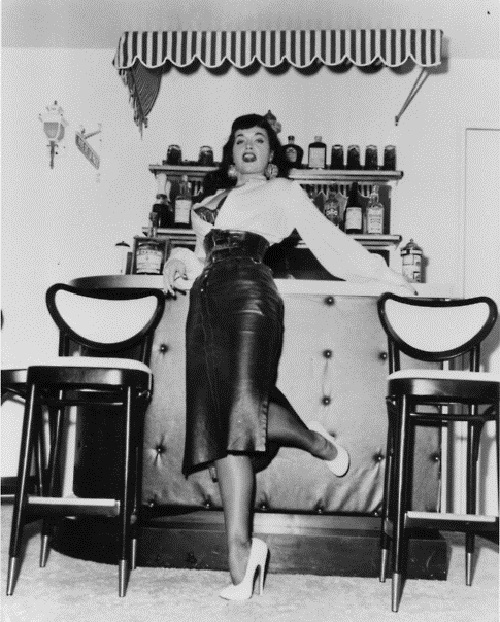 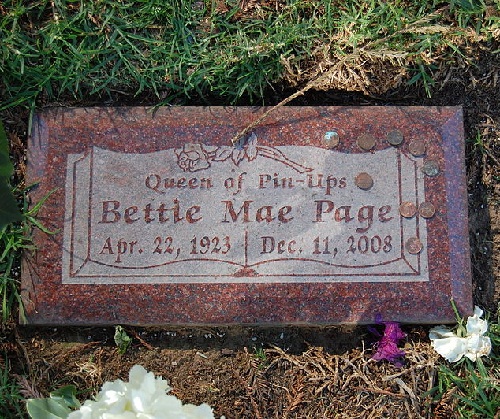 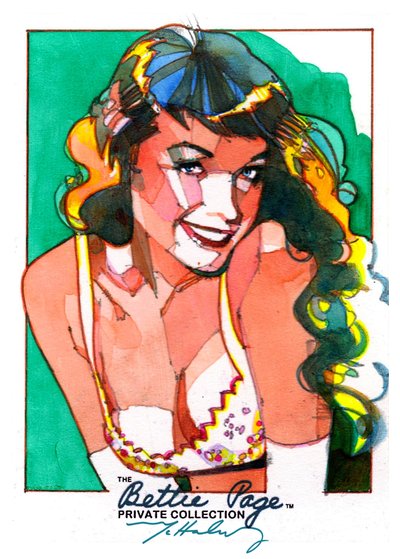 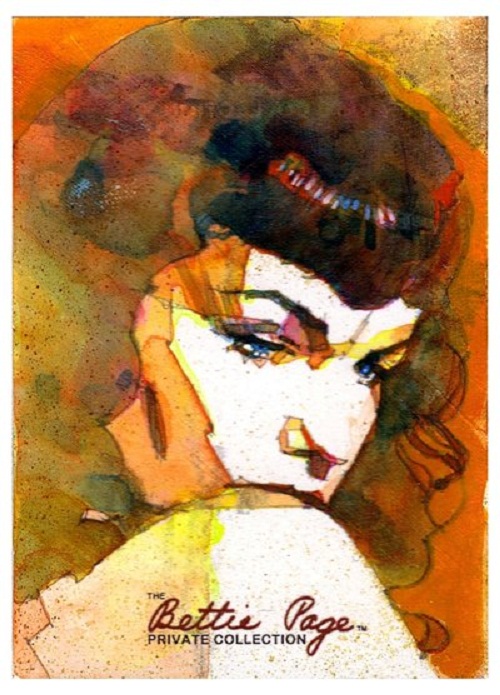 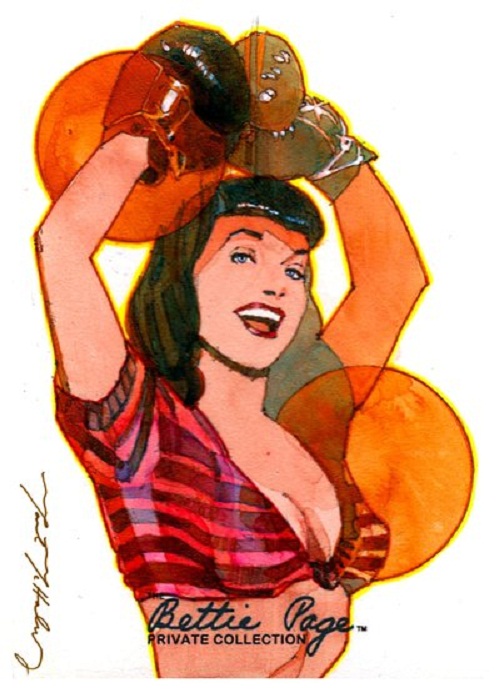 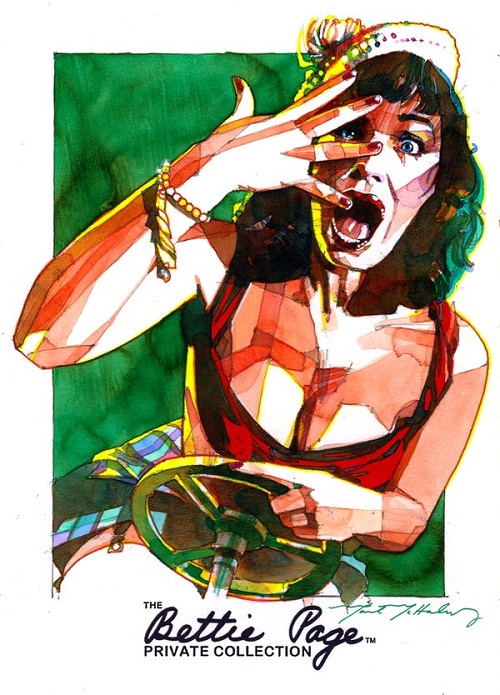 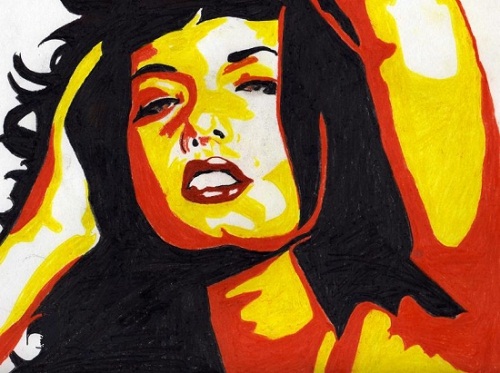 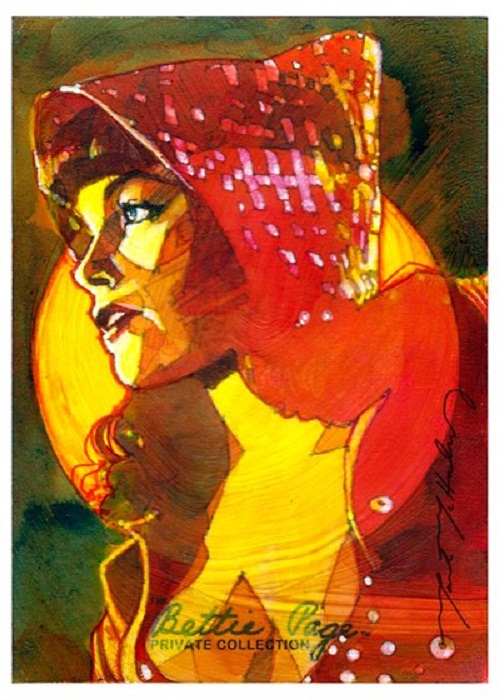