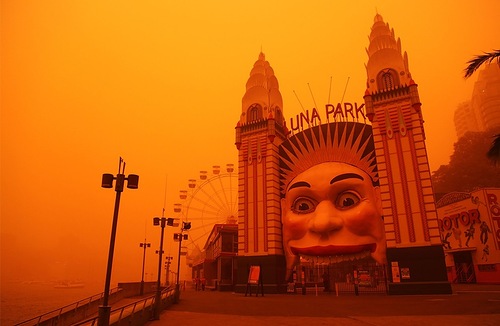 Martian landscape in Australia
The strong winds and dry climate in Australia sometimes cause dust storms that turn the city into the Martian landscape. The mechanism of these storms is not eyt clear. According to scientists, the increasing the strength of wind flow passing over loose particles, and the latter begins to vibrate and then “ride.” With repeated strikes on the ground, these particles create a fine dust, which rises in the form of a suspension. However, the theoretical calculations are very different from the practical. Besides, to predict power dust storm is difficult. 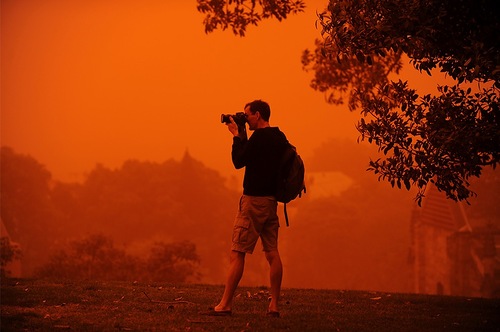 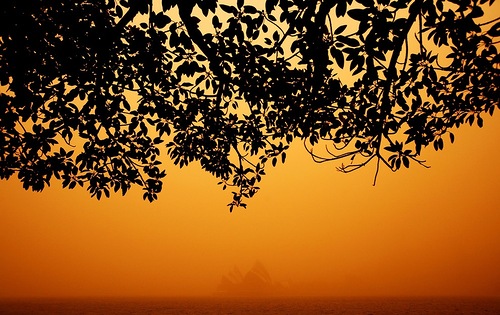 According to the Australian Bureau of Meteorology, this dust storm as a “rather unlikely event” and as the strongest storm in New South Wales in the last 70 years. The dust storm was more than 500 kilometers wide and 1,000 kilometers long, covering dozens of cities in two states. And during the peak of the storm, the Australian continent lost from the coast to 75,000 tons of dust per hour.

Unfortunately, because of the deterioration of visibility, there was a collapse on the roads, air communication with Sydney was interrupted.

The reason for the storm is a strong wind of the western direction, which brought dust and sand from the deserts. 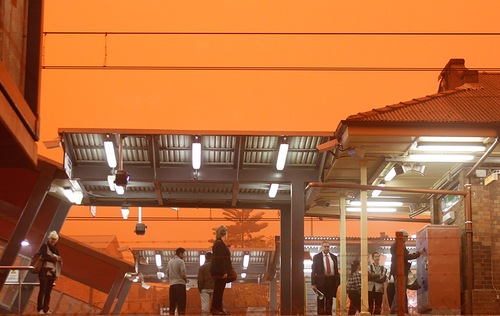 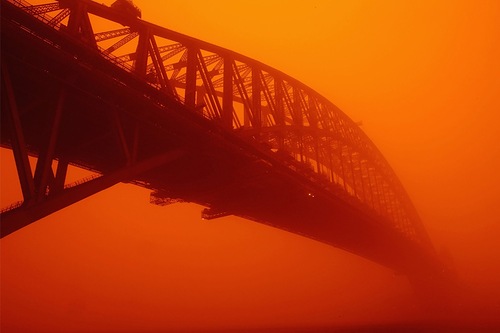 Bridge in the red mist 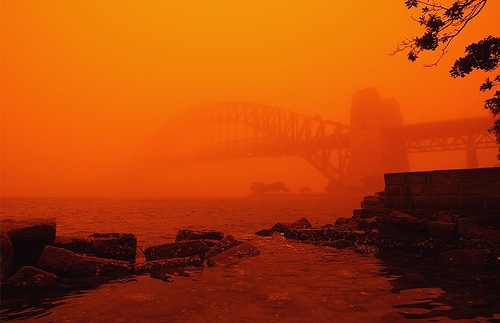 Lost in the mist 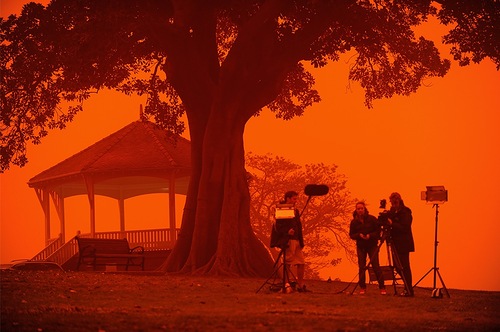 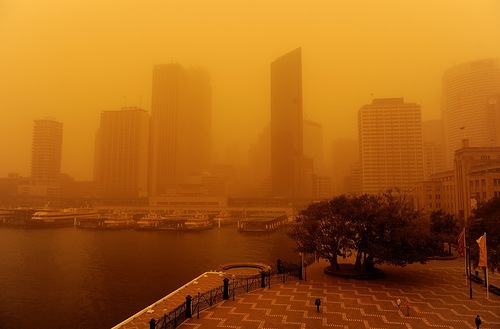 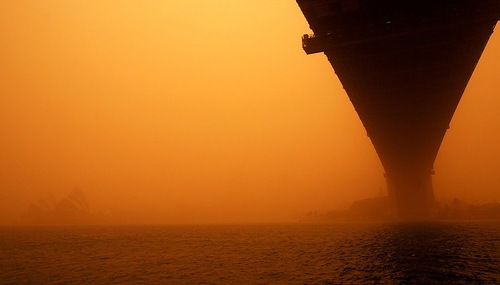 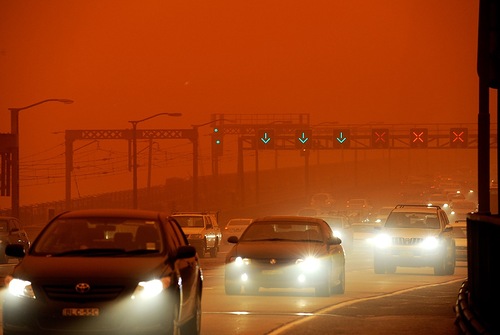 Cars going along the road 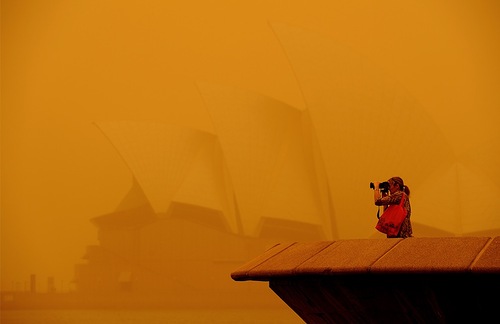 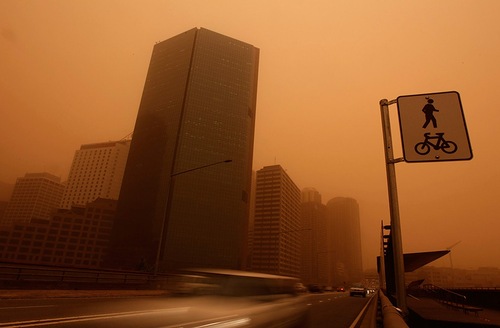 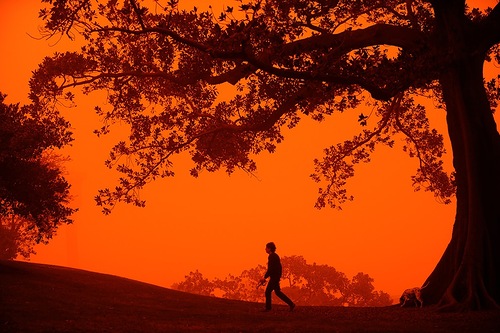 Unique view of landscape caused by dust storms in Australia