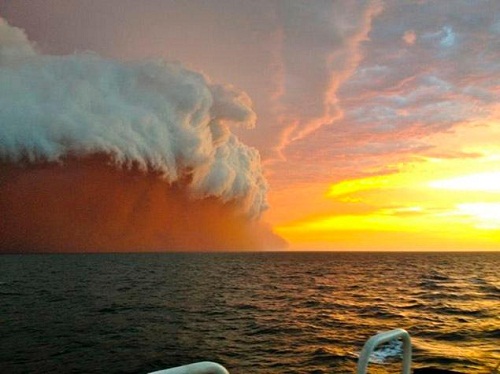 Meteorological phenomenon Sand storms
In fact, such storm can turn the green continent into a yellow alien like planet. If not to take into account it is a desert area. More unusually, when it occurs in a town on the coast. For example, in Sydney. Four years ago, Sydney was suddenly covered with yellowish-red sand. The event was out of the ordinary, inspired people to take shots, make whole photo projects dedicated to that event. For example: «Red Dust» and «The Red Sydney Project». All photos were taken on September 23, 2009. The city really looked like some unknown Martian metropolis. 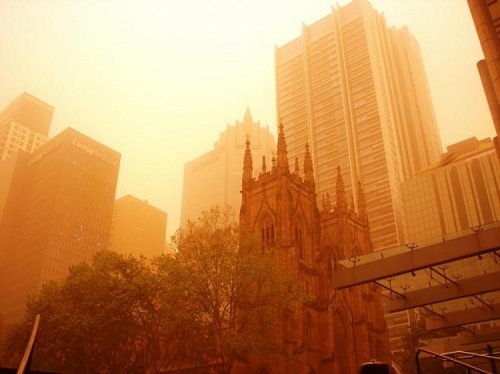 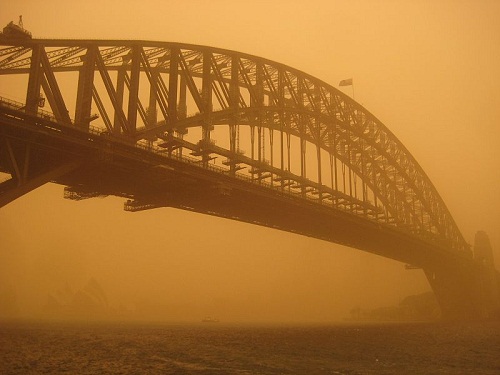 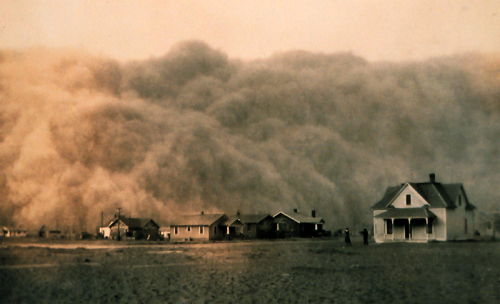 A Dust Bowl storm approaches Stratford, Texas in 1935. A dust storm or sand storm is a meteorological phenomenon common in arid and semi-arid regions. Dust storms arise when a gust front or other strong wind blows loose sand and dirt from a dry surface.

The Sahara and dry lands around the Arabian peninsula are the main terrestrial sources of airborne dust, with some contributions from Iran, Pakistan and India into the Arabian Sea, and China’s significant storms deposit dust in the Pacific.

In the UAE, southerly winds usually bring dust storms and often sandstorms to the southern areas mainly. But they usually strengthen gradually and not suddenly to generate wall-like sandstorms.

Saudi Arabia, Kuwait, and Iraq have experienced such sandstorms. In those countries sudden and strong northwesterly winds (from cold fronts and thunderstorms) can kick up sand ahead of the fronts and move it eastward. In the UAE the strongest winds come from the northwest or west, passing by the Arabian Gulf. Sandstorms can’t originate from the Arabian Gulf, and should they travel from Kuwait/Iraq to the UAE, they lose intensity and end up like dust storms in the UAE with much of the sand being suspended in air and not at the surface. 2011

In the UAE, southerly winds usually bring dust storms and often sandstorms to the southern areas mainly. But they usually strengthen gradually and not suddenly to generate wall-like sandstorms. Below is a photo of a sandstorm in Abu Dhabi shared by Alya Al Dhaheri.

We speak about sandstorm most often in the context of desert sandstorms, especially in the Sahara. Besides, places where sand is a more prevalent soil type than dirt or rock. Also, in addition to fine particles obscuring visibility, a considerable amount of larger sand particles blown closer to the surface.

A thunderstorm with gusts of up to 75 mph picked up sand and dust as it swept over Onslow and toward the Indian Ocean. The dust storm, called a haboob by meteorologists, raged for an hour.

“I’ve never seen anything like it, it was pretty special and it was definitely an eerie feeling,” Brett Martin, a tugboat worker, told The West Australian. A thunderstorm with gusts of up to 75 mph picked up sand and dust as it swept over Onslow and toward the Indian Ocean. The dust storm, called a haboob by meteorologists, raged for an hour. 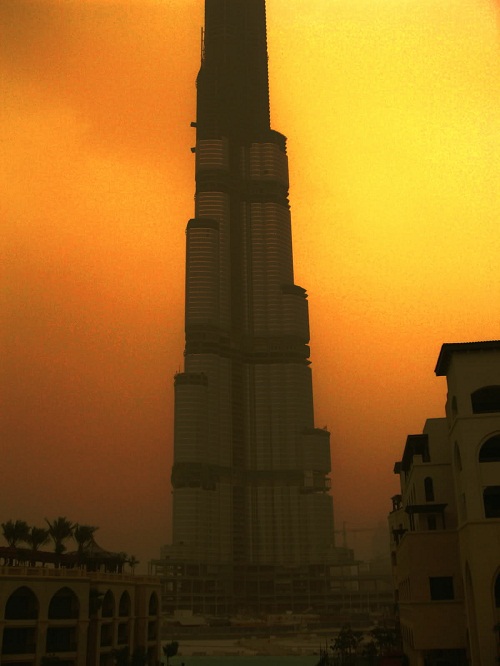 2012 – On February 25, an extreme dust storm attacked Riyadh in the Kingdom of Saudi Arabia, where it became totally dark at only 4 P.M. local time

According to belief, poor management of the Earth’s dry lands, such as neglecting the fallow system, are increasing dust storms from desert margins. Thus, changing both the local and global climate, and also impacting local economies. 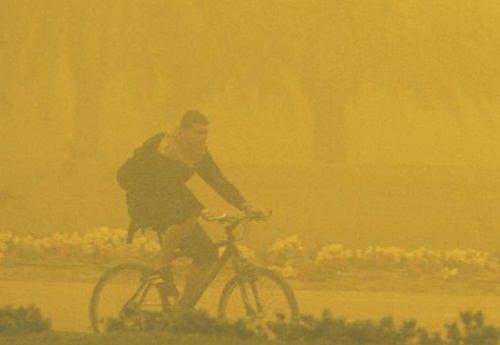 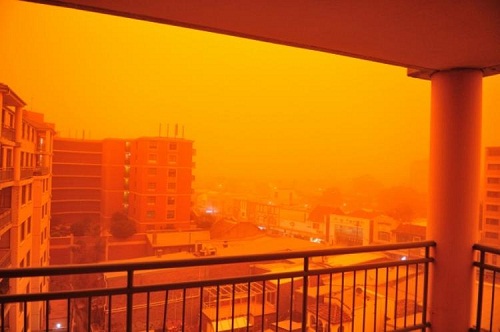 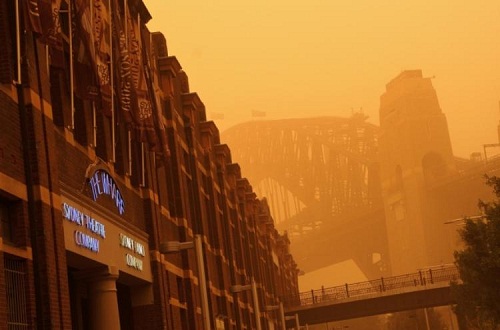 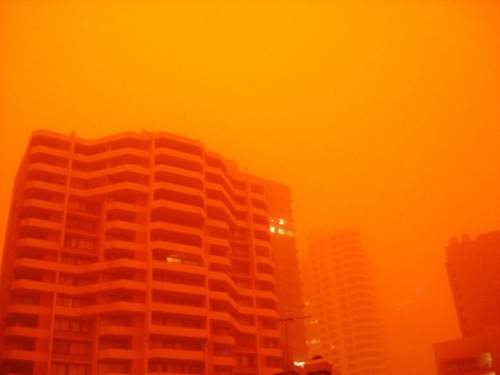 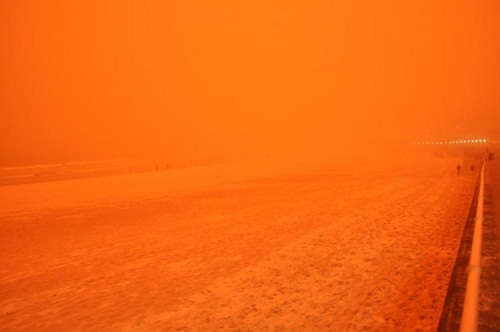 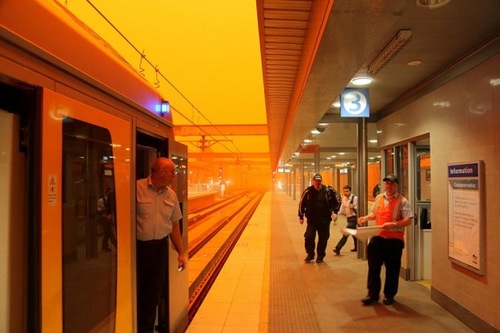 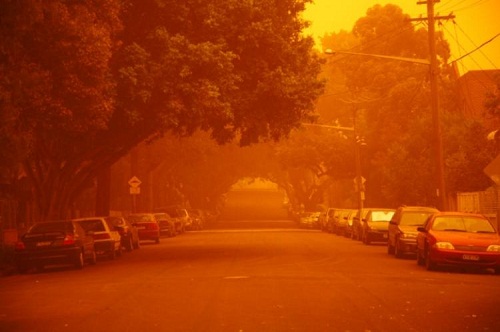 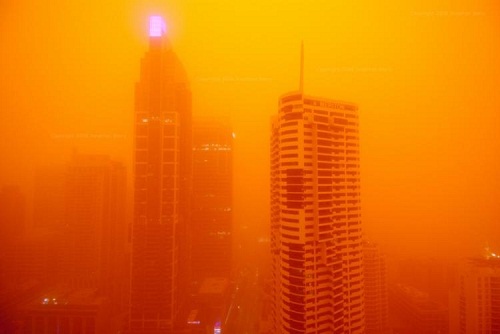 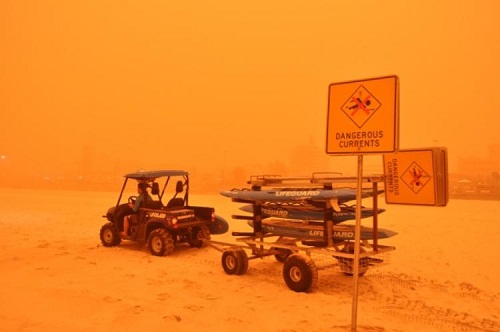 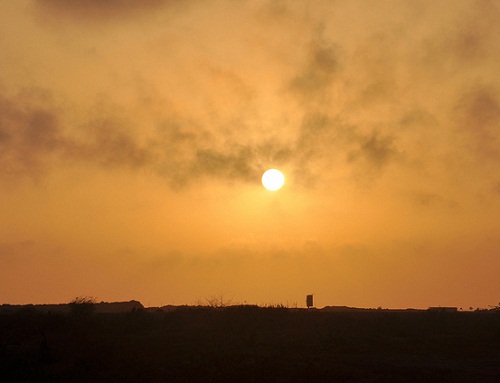 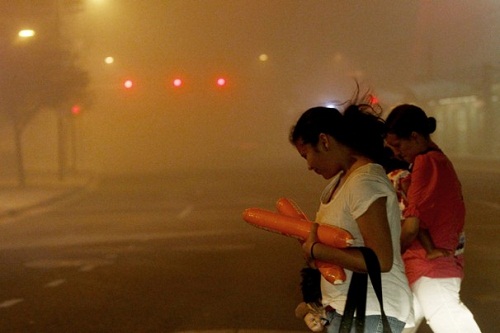 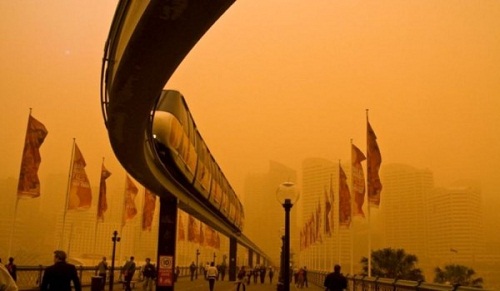 January 10, 2013, a dust storm covered Onslow, Australia. The hellish dust storm caused a ‘red wave’ of sand off the coast of Western Australia on Wednesday 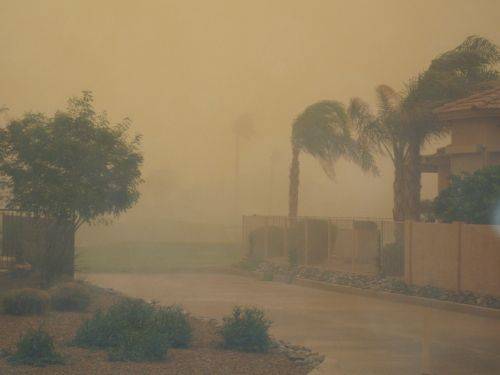 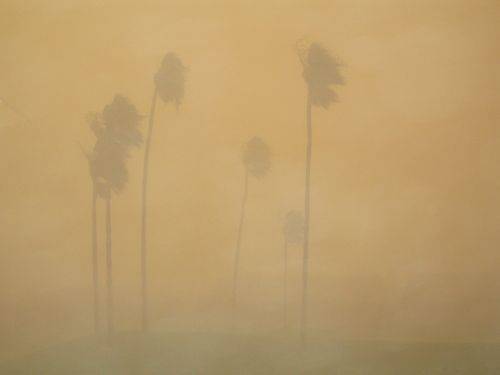